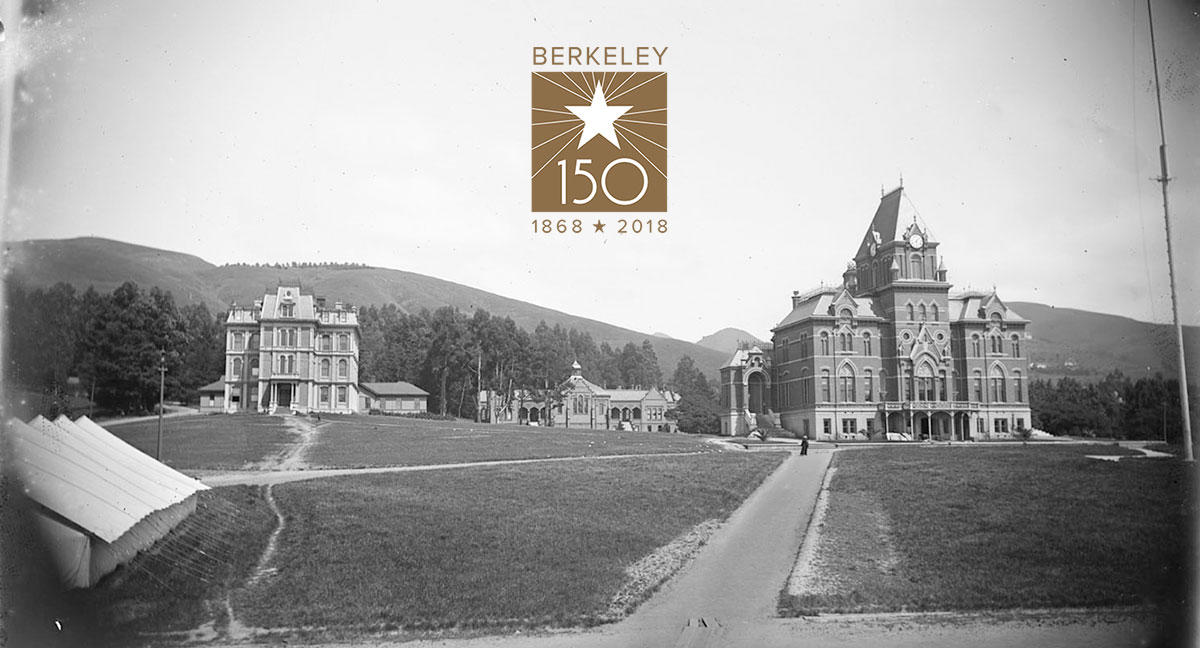 First dedicated chemistry building (in the middle) between the first mining building on the left and the library on the right; c. 1897 photo by William Letts Oliver, or his son. courtesy Bancroft Library.

Chemistry has been part of Berkeley since the University's founding in 1868. The chemist Robert Fisher was one of the first ten faculty to be hired. He was sent to Europe to buy equipment as it was generally unavailable in the United States at the time. In 1869 he taught classes, open to the publc, in the temporary downtown Oakland campus "with chemical demonstrations". The department of chemistry was officially founded four years later in 1872 making our college 147 years old in 2019. Willard B. Rising arrived in 1872 as the first official professor of chemistry after the College was established. 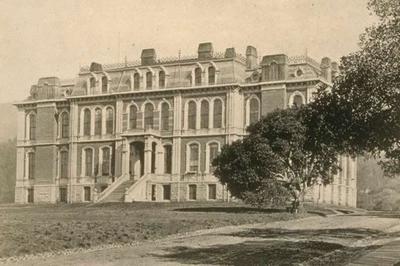 (image: South Hall c.1900 | courtesy Bancroft Library) Chemistry was Initially housed—along with physics and the library—in South Hall, the first building to be completed on the Berkeley campus. In 1890 a handsome, dedicated brick building was constructed for the college on what is now the site of Hildebrand Hall. In time it came to be known as “The Old Chemistry Building,” and when it finally fell to the wrecker’s ball to make room for more modern facilities in 1966, its cupola was preserved. The cupola now sits in the  Chemistry Plaza above Giauque Laboratory, a reminder of the days when the college rose from a small institution to an internationally acclaimed center for teaching and research in the chemical sciences. 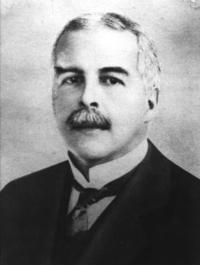 The individual who was largely responsible for the college's rise to fame was Gilbert Newton Lewis, who became dean in 1912 and served until 1941. During those years the number of undergraduate degrees awarded annually grew from an average of seven to more than sixty, and the number of Ph.D.s from one per year to more than a dozen. The faculty also grew—both in numbers and distinction. Lewis’s recruits included Wendell M. Latimer, Joel H. Hildebrand, and Kenneth Pitzer, as well as future Nobel Prize winners William F. Giauque, Willard F. Libby, Melvin Calvin, and Glenn T. Seaborg. Known particularly for its work in physical chemistry, the college also developed a reputation in nuclear chemistry, especially after the development of the cyclotron and the Radiation Laboratory under the leadership of physicist Ernest Lawrence.

In order to accommodate the continued growth in faculty and students, the college acquired several other buildings in the Lewis years: the Chemistry Auditorium (built in 1913 and razed in 1959 to make way for Latimer Hall); the Freshman Chemistry Laboratory (built in 1915 and razed in 1962 to clear the site for the Physical Sciences Lecture Hall, now known as George C. Pimentel Hall); the Chemistry Annex, more popularly known as the “Rat House” (also built in 1915 and razed to clear the site for Hildebrand Hall in 1966); and the still-standing Gilman Hall (built in 1917). 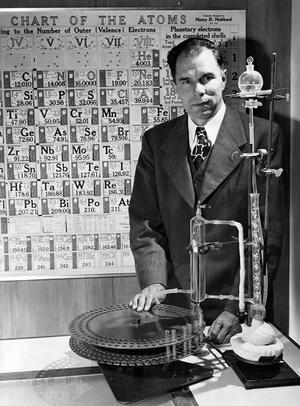 (image: Glenn T. Seaborg in the lab) It was in Room 307 Gilman Hall, in 1941, that Dr. Glenn Seaborg and colleagues identified the first known isotope of plutonium; Gilman Hall has been identified as a National Historic Chemical Landmark by the American Chemical Society. Also in the 1940s, the Chemical Engineering program was established, the nobel prize was awarded to three Berkeley professors and Lewis Hall was built. 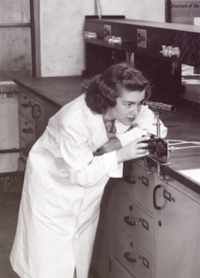 As postwar enrollments soared, Lewis Hall was built in 1948, and enrollments largely continued to rise throughout the second half of the 20th century. Much of the increase was the result of growth in chemical engineering that included such new technologies as the processing of electronic devices and biochemical engineering. Several fields were also added in chemistry—notably structural biology, synthetic chemistry, and chemical physics. In addition, the organic and inorganic groups and the theoretical groups were further strengthened. Notable women faculty joined the College including Darleane Hoffman and Judith Klinman. (image: Darelane Hoffman in the lab)

In response to the higher enrollments and the need for increasingly modern laboratory space, facilities for research and teaching were successively constructed: Giauque Hall (the Low Temperature Laboratory) in 1954 (renovated in the 1980s for Nobel laureate Yuan T. Lee), Latimer Hall in 1962, Hildebrand Hall in 1966, and the much-needed Tan Kah Kee Hall in 1997. The Loma Prieta earthquake of 1989 prompted a campus-wide reassessment of seismic safety, and comprehensive retrofits of Hildebrand and Latimer Halls were completed in 2002. 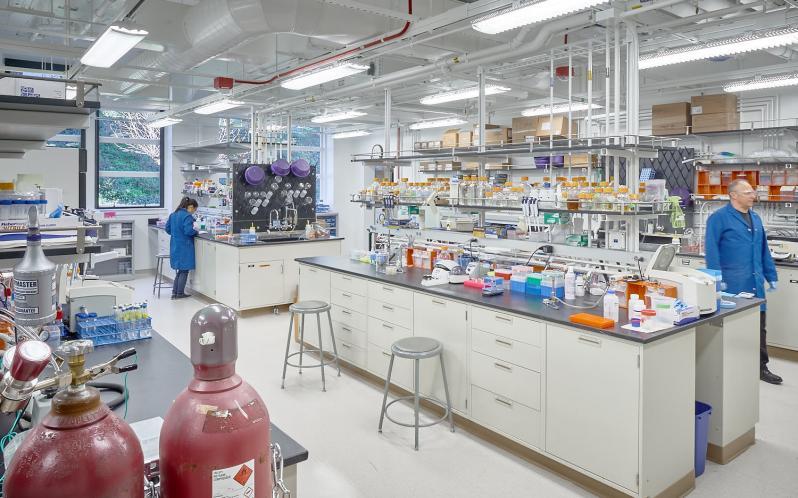 (image: lab in Lewis Hall) The 21st century has seen an increased emphasis on interdisciplinary research and scholarship, correlated with tremendous advances in technology. This development is visible throughout the college. In the Department of Chemistry, the field of chemical biology has been added, including both a graduate and a B.S. degree program, leading to a surge in enrollments. Stanley Hall was completed in 2007. It is the home of the Berkeley campus of QB3 (the California Institute for Quantitative Biosciences)—an innovative consortium of UC San Francisco, UC Santa Cruz, and UC Berkeley—in which nearly 30 College of Chemistry faculty participate as Faculty Affiliates. Stanley provides dynamic research space for about 40 research groups from departments campus-wide, including researchers in bioengineering, chemical and biomolecular engineering, chemistry, molecular and cell biology, and physics; it also houses several important shared core facilities, including nuclear magnetic resonance and mass spectrometry.

In a further evolution, the chemical engineering department was renamed the Department of Chemical and Biomolecular Engineering in 2010 to recognize the department’s substantial research and teaching activities in the areas of biochemical and biomedical engineering, biotechnology, and synthetic biology.

The College has recently added a series of new initiatives and programs increasing interdisciplinary collaboration and enhancing the 21st century undergraduate experience: the groundbreaking Berkeley Center for Green Chemistry, the Synthetic Biology Institute (co-founded with the College of Engineering), the eChem project in online introductory chemistry, modernization of the college’s undergraduate instructional labs, and the newly launched Peer Tutoring Center in Bixby Hall in 2019. 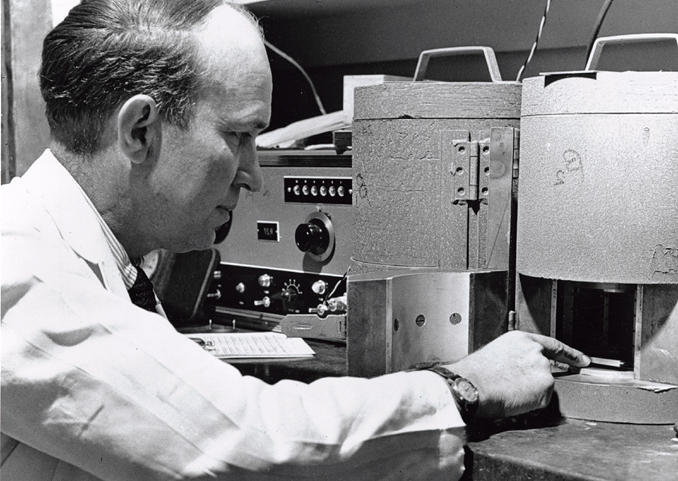 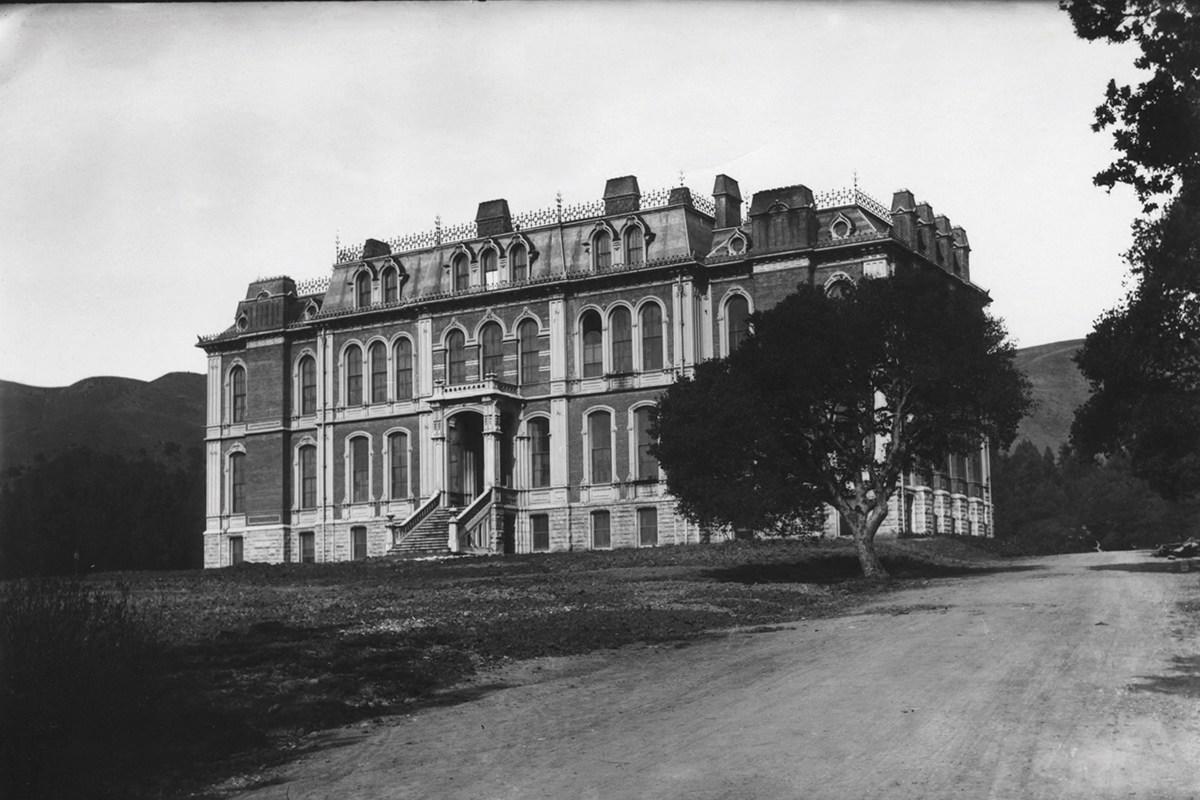 Celebrating 150 Years of Chemistry at Berkeley 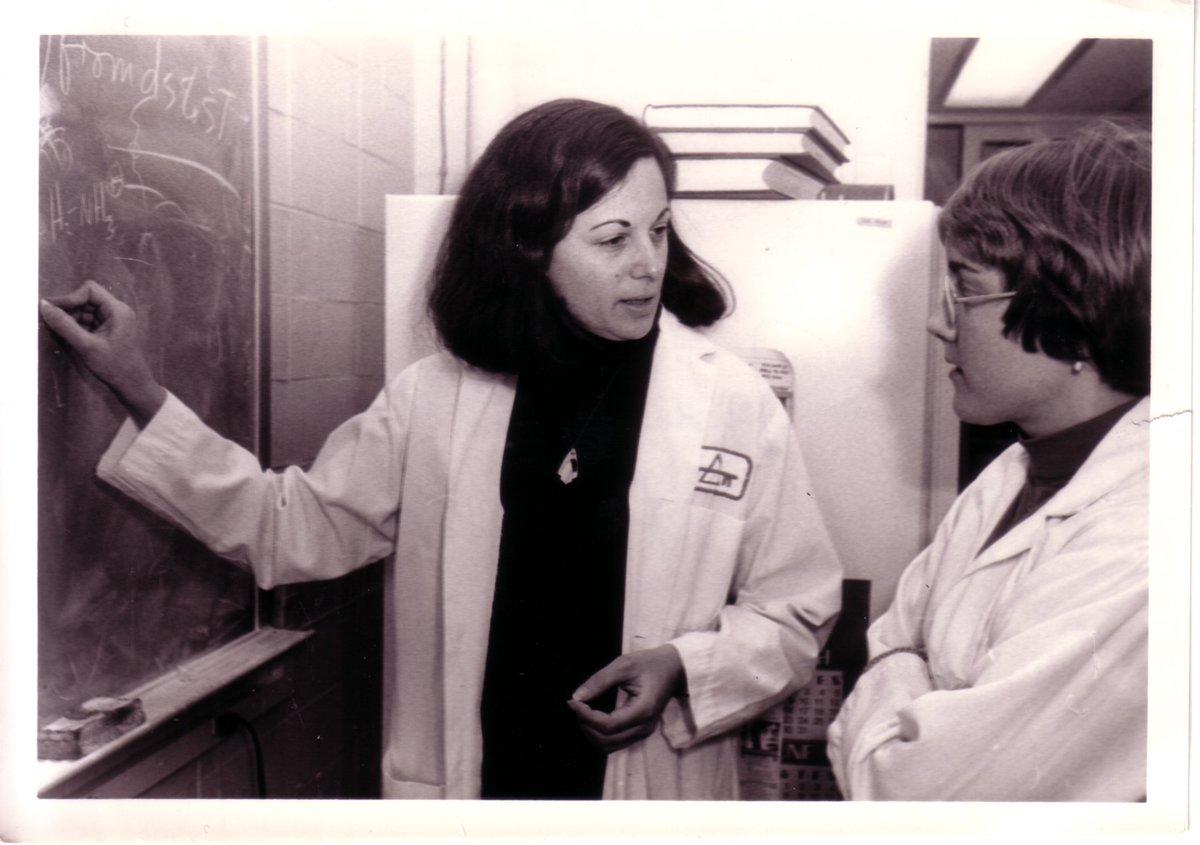 The first women chemists at Cal 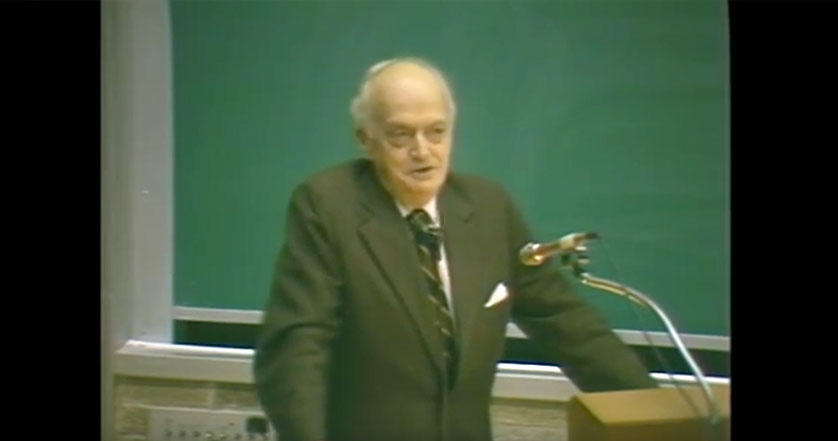 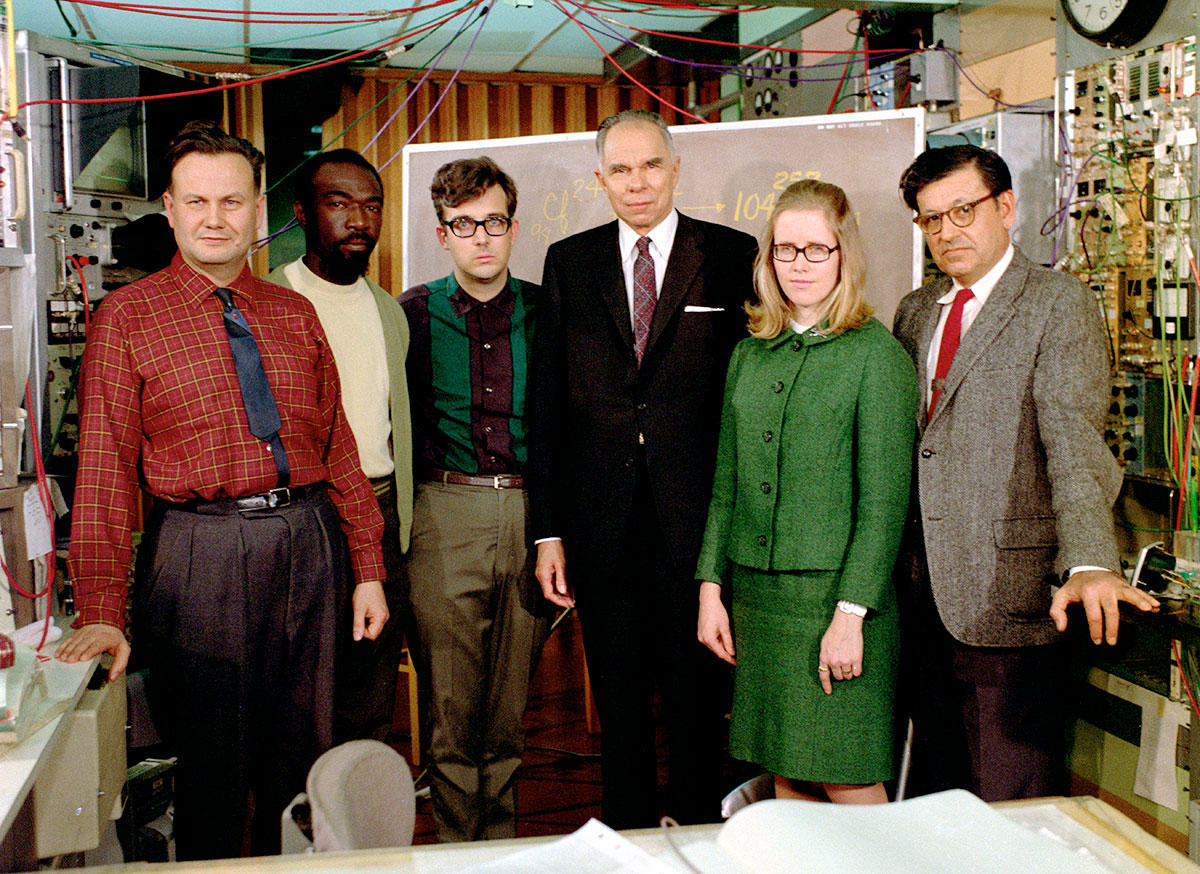 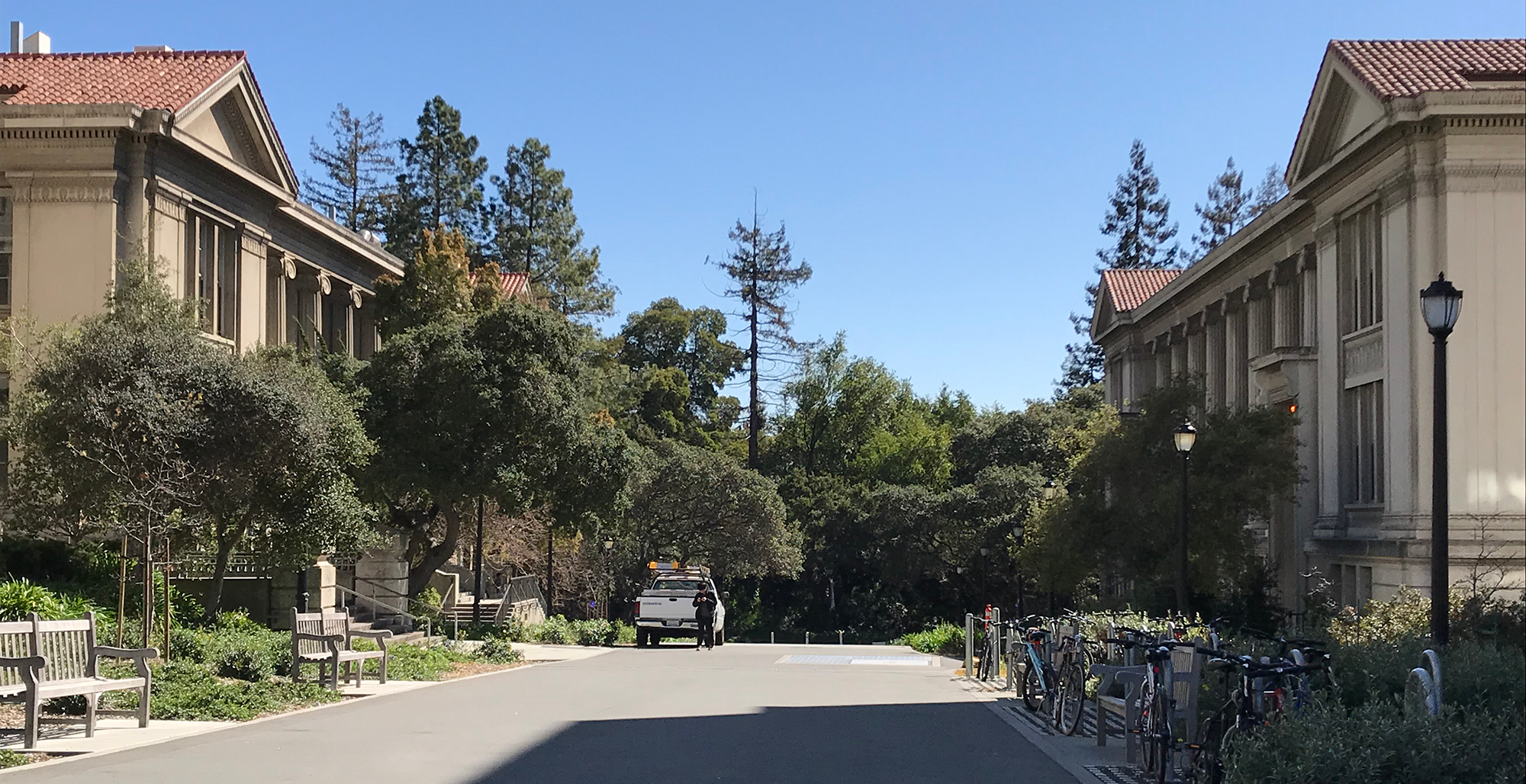