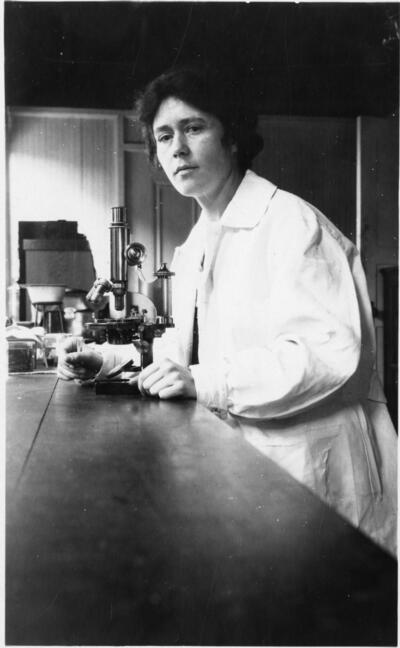 Simpson was an active researcher and instructor in anatomy, focusing on  histology  and  endocrinology. She taught at UC Berkeley from 1923 to 1961. Simpson's research and teaching focus, as well as specialized training in medicine and chemistry, complemented other research in anatomy at the university.

She was promoted to full Professor in 1945, with the “Emerita” distinction added to her title upon her retirement in 1961. In 1952, following the retirement of mentor and research colleague Herbert McLean Evans, Simpson took over responsibilities as acting as Director of the Institute of Experimental Biology. After the Institute was dissolved in 1958, she oversaw the establishment of the Microscopic Anatomy course at the University of California, San Francisco, while continuing to share in teaching the course in Berkeley. This divided appointment continued on the two campuses until her retirement in 1961.

During her long research collaboration with Evans, Simpson led the endocrine research portion of the institute. Together, with Choh Hao Li and Evans, Simpson's research resulted in remarkable successes in 1943, 1944, and 1949. These were, a purified thyreotropic and adrenocorticotropic hormone ACTH, growth hormone, and follicle-stimulating hormone (FSH), respectively.

Professor Emerita Miriam Elizabeth Simpson, Professor Emerita of Anatomy, Emerita, died on October 2, 1991, at her home in Berkeley, California. She was born on May 26, 1894, in Sheridan, Wyoming. Both her parents were physicians. She attended the University of California at Berkeley, earning the A.B. in chemistry in 1915 and the M.A. in 1916. Her aptitudes drew the interest of Professor Joel Hildebrand, the distinguished Berkeley chemist and teacher. He brought her to the attention of Herbert M. Evans, who, after a long and brilliant apprenticeship at Johns Hopkins University, had returned to Berkeley, his alma mater, as Chairman of Anatomy.

Simpson's graduate studies with Professor Evans earned for her the first Doctor of Philosophy degree in anatomy conferred in the University of California (1921). She examined cellular incorporation of several vital dyes--most notably neutral red and Janus green--in living macrophages and circulating leucocytes from healthy subjects and during virulent infection. Significant differences were found among the organelles resolved and the color tones developed after time lapses. Evans' high respect for the work was shown by his forceful support of its publication. He arranged that precis of the Simpson thesis should inaugurate the series, as Numbers 1 and 2, of the “University of California Publications in Anatomy.” Color plates of the extended reports were specially printed in Germany, to give accurate standards for repeating the work. Authorship was assigned solely to Miriam Simpson.

She then left California for Johns Hopkins University, where after two years she was awarded the Doctor of Medicine degree (1923). That fall she returned to Berkeley as Instructor in Anatomy, School of Medicine. (The pre-clinical science departments had been removed from San Francisco in 1906, and they maintained semi-autonomous status until reconsolidation with the rest of the medical school in 1958.) She progressed through intermediate ranks and was promoted to full Professor in 1945, adding the “Emerita” distinction upon retirement in 1961.

The research to which Simpson turned on rejoining the department in 1923 evolved into a life-long collaboration with Evans, which helped to define and refine our present understanding of the gonad-stimulating, growth-promoting, and metabolic functions of the pituitary gland. Within a year, the two had published the first of a series (one or more fundamental reports annually) describing experiments and outlining the problems to be resolved. Ultimately, she became author or co-author of approximately 300 scientific articles, reviews, and monographs.

With creation of the Institute of Experimental Biology on the Berkeley campus in 1930, and the appointment of Evans as its director, Simpson combined the position of Senior Research Associate in the institute with a continuing ladder-appointment on the anatomy faculty. The institute roster came to include such notable investigators as Evelyn Anderson (Metabolism/Endocrinology), Hermann Becks (Dental Medicine), Leslie Bennett (Physiology), Samuel Lepkovsky (Animal Husbandry), Choh Hao Li (Biochemistry), W.R. Lyons (Anatomy), Henry Moon (Pathology), Marjorie Nelson (Nutrition), and Gertrude van Wagenen (Reproductive Biology). Subsequently, it drew on a host of their trainee/successors who achieved comparable distinction.

One biographer-historian of the institute has estimated that it was not unusual for the laboratory to start 200 experiments weekly, requiring between one- and four-thousand rats. Simpson was responsible for the day-by-day operation of the endocrinology portion of this workload, as well as for breeding colony and histology laboratory services to the whole staff. In addition, she established early (1929) and carried for the rest of her active life her own comprehensive program on pituitary gonadotropins. Latterly she gained a special satisfaction from extending this work to primates, through collaboration with Gertrude van Wagenen at the world-famous Yale Obstetrical Monkey Colony (now named to memorialize Dr. van Wagenen). Some of their studies on dosimetry and organ response-patterns have had direct applications in managing human infertility cases. The final work in this collaboration was publication of a monumental and authoritative atlas of human and monkey pre- and post-natal gonadal development.

As Professor of Anatomy, Simpson made notable contributions to instruction on the two Bay Area campuses of the university. She was a superb and animated teacher and an expert histologist. She was fully dedicated to sharing with all students--professional and graduate alike--her knowledge and insights about cell structure and function. Perhaps her most enduring legacy to her graduate-student teaching assistants was her absolute commitment to laboratory instruction. She was one course director who could be found in the teaching laboratory, whenever, and for however long, the class was in session. By attitude and by example she transmitted to these novices the art of teaching and instilled in them her own high standards of excellence. While she was a lucid and precise lecturer, the most vivid remembrances which uncounted classes of medical students will hold is of her making the rounds in the histology laboratory, or in earnest dialogue, seated next to students at their microscopes, whereby a goodly number of outstanding physicians-to-be gained durable concepts of their science.

After Evan's retirement in 1952 Simpson was asked to add to her duties by acting as Director of the Institute of Experimental Biology. Ultimately in 1958, with return of the Berkeley medical science departments to the San Francisco campus, she supervised the formal dissolution of the institute. No workload relief resulted, for she was asked to oversee the establishment of the Microscopic Anatomy course in the new quarters while continuing to share in teaching the course in Berkeley. This divided appointment continued on the two campuses until her retirement in 1961.

Simpson's distinctions included membership in elective professional societies, and selection for such special services as membership on the Executive Committee of the American Association of Anatomists (1950-54). She was named Ferris Lecturer at Yale University in 1950. The University of Aix-Marseille awarded her an honorary Doctor of Science degree in 1951, and in 1966 at commencement exercises of the medical school in San Francisco, a grateful University of California conferred the honorary degree of Doctor of Laws on this remarkable teacher and distinguished scholar.

Miriam Simpson's avocations and preferences for using her leisure time deserve mention. She was a rather private sort of person, less from shyness than from a good-natured reserve which always included being a willing listener to the interests of others. Perhaps some of the traditional frontier reticence of her formative years in Wyoming persisted. Coming to California, she also brought her affection for open country to the Sierran meadows and mountain trails; as often as possible, she sought both repose and challenges to vigorous action. An associate once recounted her round-trip tramp on the Big Dome trail, ascending and returning in the interval between an afternoon snack-break and the fall of dusk in the summer's evening! Her abiding respect for living creatures moved freely between work-place and home, and when it became difficult for her to care for pets, she expended it on her garden. A special meaning attached to her collection of plants native to California, successfully transposed from their original habitats and assembled with art in the garden. Her interests merged into more sophisticated fields, such as her appreciation of any worthy talent. Virtuosity in a musician's recital and a symphonic orchestral performance drew informed appreciation. In seeking self-competence, she became a faithful student of the piano, for many years holding to regular lesson and practice schedules; for her, satisfying use of leisure time was as deserving an objective as was the pursuit of excellence in her profession. 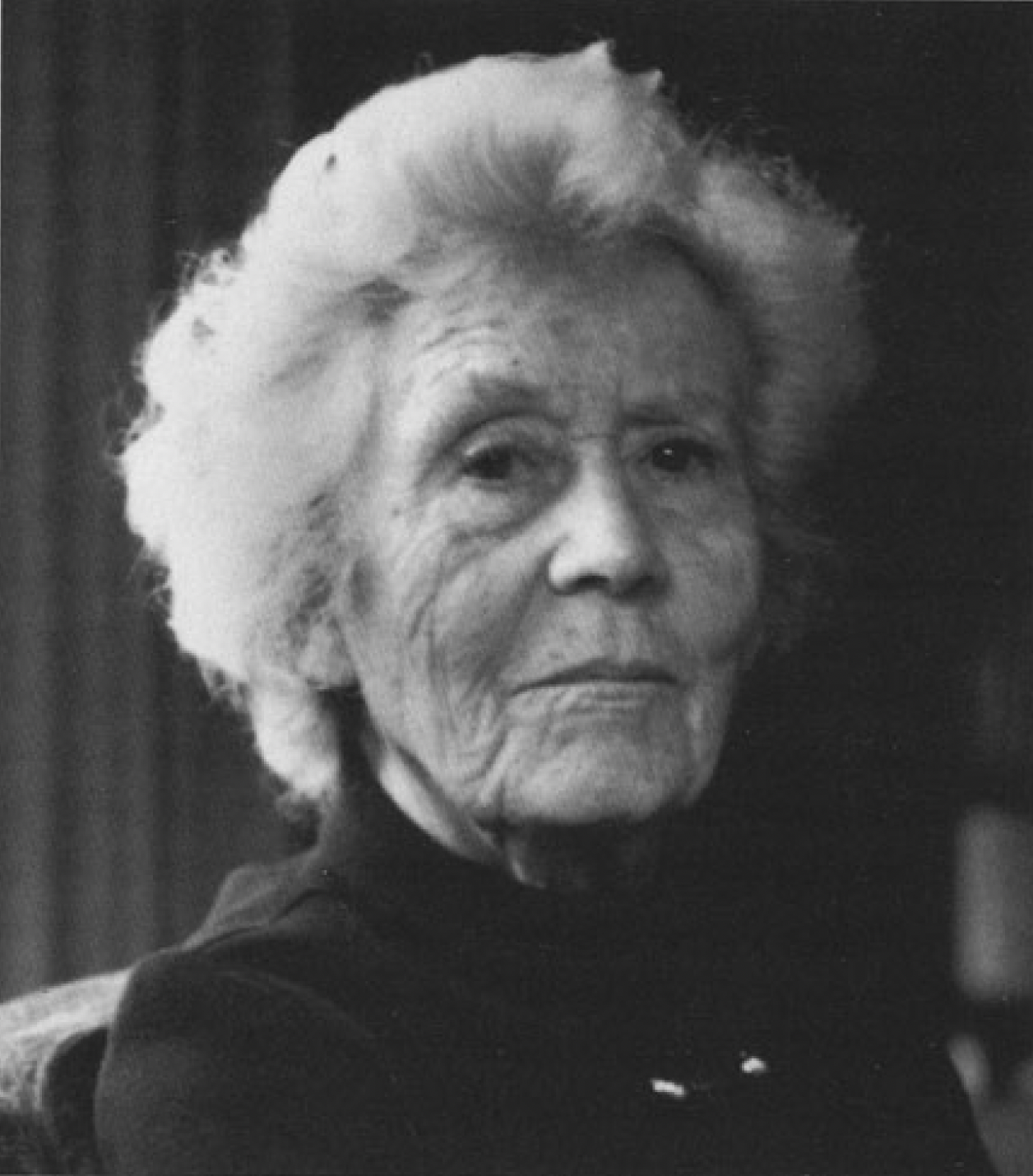