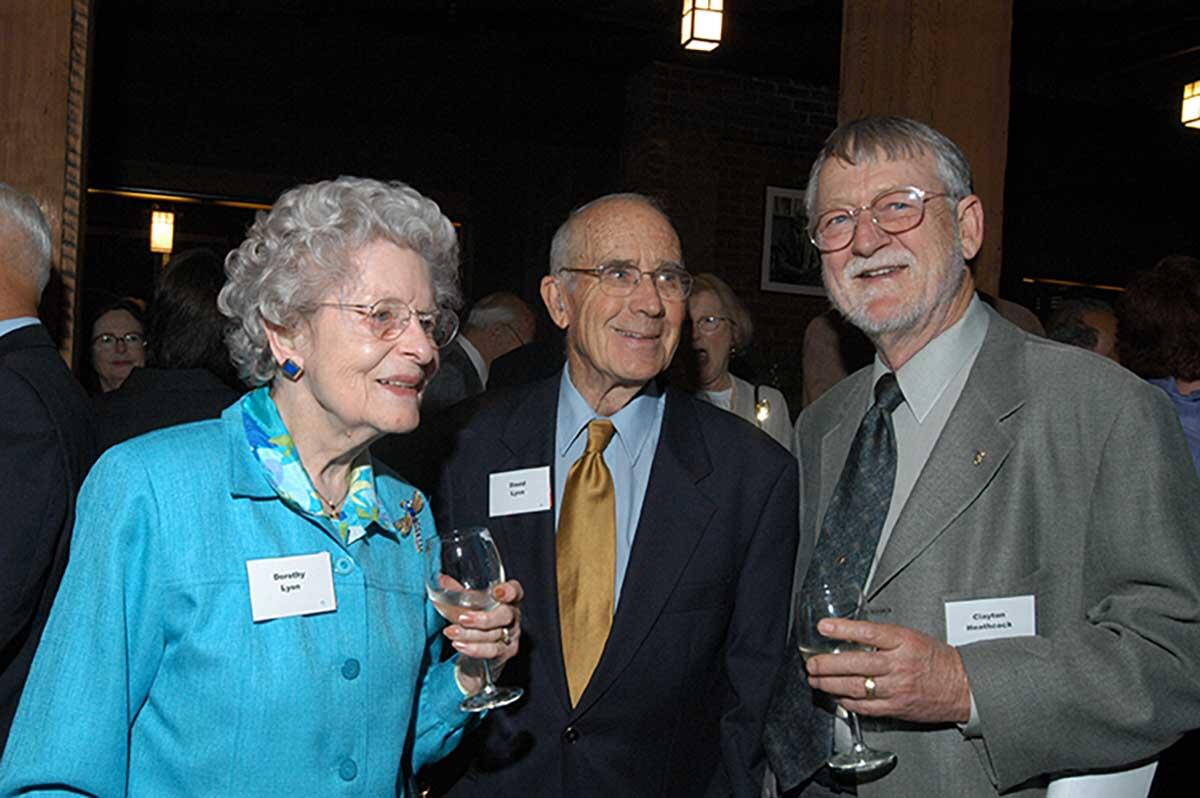 Professors David Lyon and Clayton Heathcock with David's wife Dorothy in an undated photograph at a College of Chemistry event. (photograph Michael Barnes)

David Lyon, a longtime UC Berkeley chemistry professor who was an authority on the strange things that substances do when they are chilled to 273 degrees below zero, has died.

He was best known for helping to develop, with Nobel-laureate Professor William Giauque, an electromagnet in 1958 used to cool small bits of matter to a fraction of a degree above absolute zero. At that temperature, he found, steel shatters like glass and rubber bands become harder than nails.

In a 1958 Chronicle story, science editor David Perlman called the device a "$2 million icebox" that cooled substances to "inconceivably cold regions (where) the basic nature of matter can be better understood."

Professor Lyon was on the Cal faculty from 1948 to 1982, serving for a time as assistant dean of the chemistry department. He also helped create a summer program for minority high school science students to prepare them for college. In 1978, he received the Distinguished Teaching Award from Cal for excellence in teaching and inspiring generations of students.

"What really drove him was the need to understand how things work," his daughter, Louise, said. "He had a natural curiosity that was almost a compulsion."

Professor Lyon was a native of Altoona, Kansas, and a graduate of the University of Missouri. He received a doctorate in chemistry from Cal in 1948.

His days at Cal got off to an impish start when, as a prank, he secretly tinkered with his professor's clock and made it run backward. The professor, who was less than amused, summoned Lyon into his office and made the young man set it right, on the spot.