Scientists use DNA origami to alter gene expression in plants 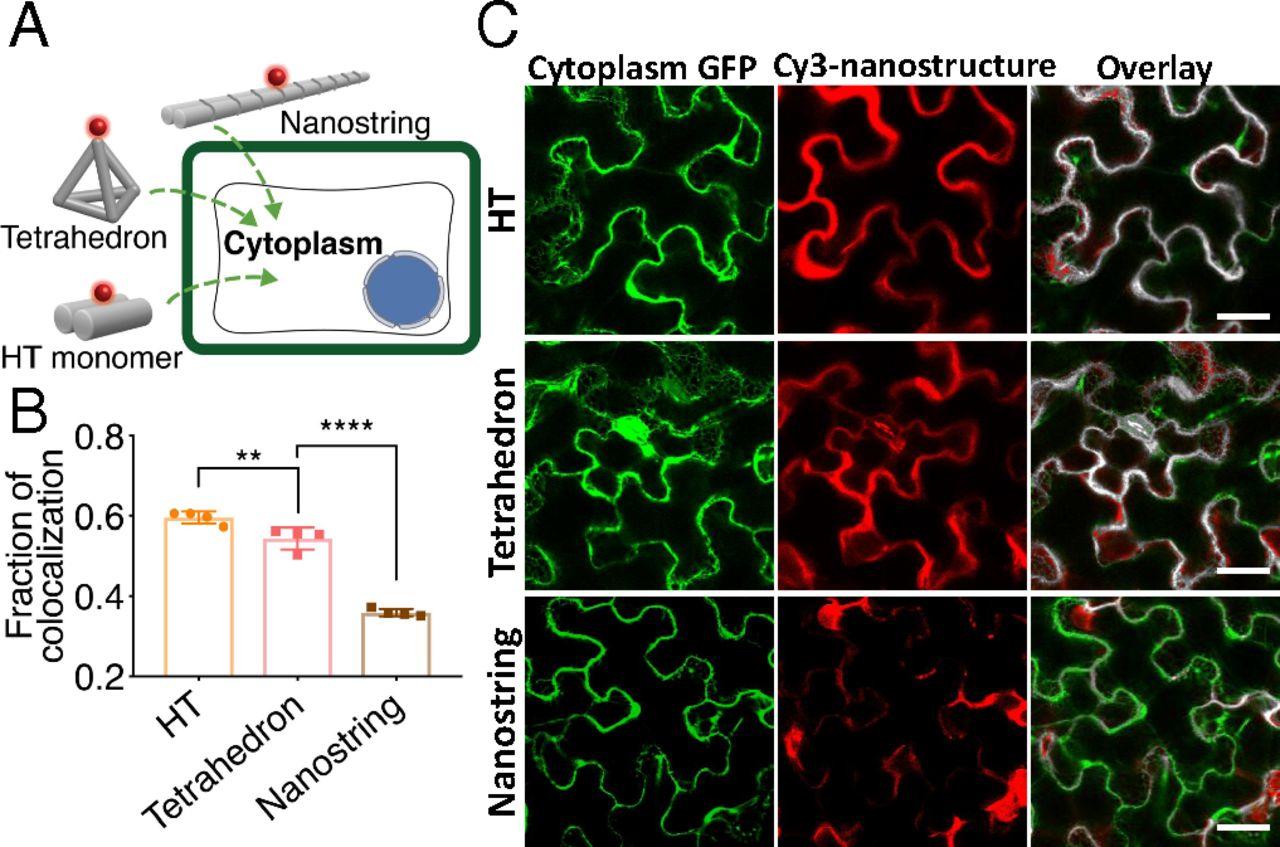 In new research reported from the lab of Markita Landry, a professor of chemical and biomolecular engineering at UC Berkeley, a team of scientists has taken an original approach of using DNA origami nanotechnology to slip through plant cell walls and graft small interfering RNA (siRNA) directly onto plant cells. Their research shows it is possible to directly silence genes in plants without damaging plant tissues, and without making any alterations to the plant’s genome. 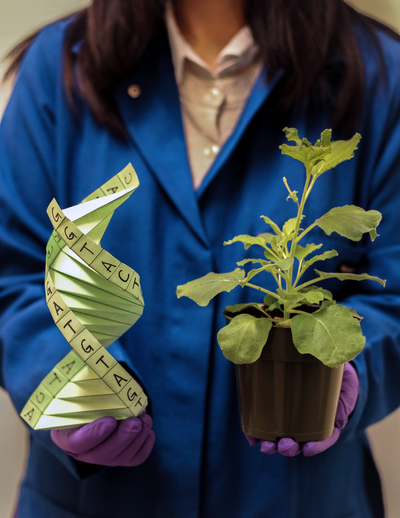 Image: Scientists hold the future in their hands with the study of gene silencing in plants. (Photo courtesy of Landry Lab.)

“Using the DNA origami process, we have shown it’s possible to go through the cell wall, staying below a certain size, allowing for “passive delivery” of new genetic material,” Landry states. “I envision in the future we can enable new tools utilizing this technology to better improve the way we alter plants.”

DNA origami is a fairly new technique and has not previously been used in plants. The process of folding DNA strands into origami like two- and three-dimensional shapes is done by designing a template DNA strand and then computationally-determining which small DNA segments, ‘staple strands’, would fold the template strand into the specific shapes. The structures can be virtually any design from a narrow string to a 3D happy face.

Landry continues, “We discovered that the nanostructure’s size, shape, stiffness and the siRNA attachment point greatly influenced how effective the RNA delivery was to the plant.

“This work is unique because it represents the first known use of DNA origami in plants. It also shows we can graft siRNA in a sequence- and site- specific manner on DNA origami nanostructures, which could facilitate mapping biosynthetic pathways in plants in the future.”

This innovation in plant bioengineering comes at an important time. Improving plants to be resistant to climate change and feed a growing world population has never been more urgent. Currently, gene silencing in plants is accomplished through biological delivery using bacteria, viruses, and bombardment as the current preferred methods. Challenges with these methods include missing the gene target, the use of a pathogen, requiring multiple attempts to change the plant’s structure or completely damaging the plant. This research shows the potential of using the DNA origami method instead.

Landry states, “The shape is small enough to slip right through the barrier of the plant’s cell wall and deliver the siRNA to target the exact gene it needs to silence, without interacting with the plant’s genomic DNA. This is very exciting because gene silencing in plants is important not only for improving them, but as an approach to ‘map’ biosynthetic pathways.”