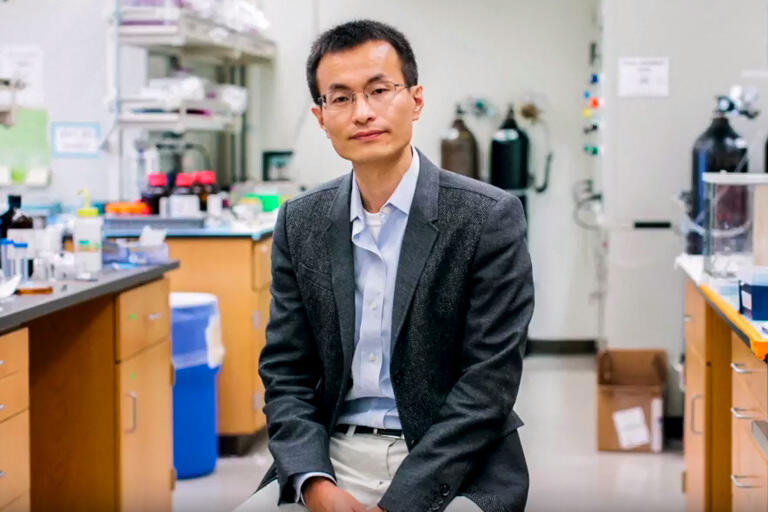 The College is pleased to announce that Peidong Yang, the S.K. and Angela Chan Distinguished Professor of Energy and Professor of Chemistry, has been elected a Foreign Academician of the Chinese Academy of Sciences (Academy). The Academy also named Steven Louie, UC Berkeley Professor of Physics, to this year's foreign cohort. Professor Yang is the first member of the College to be elected to the Academy.

The new Academy members were announced on November 18th with an enrollment of 149 Chinese scientists and 25 foreign members. Election to the Academy is one of the highest honors that China bestows on a citizen of a foreign country. The Academy elects new academicians and foreign members biennially. The scientists selected this year are working in emerging and interdisciplinary subjects including mathematical geophysics, chemical biology, life sciences and chemistry, environmental science, information and biomedicine, and energy science.

The foreign Academy members are from 11 countries including the U.S., the UK and Russia, bringing the total membership to 129.

Professor Yang has developed basic chemistry for rational nanowire synthesis and opened up an important materials research field that had significant scientific and technology impacts. Semiconductor nanowires are a new class of semiconductors with typical nanoscopic cross-sectional dimensions and lengths spanning from hundreds of nanometers to millimeters. Since later nineties, the research field of semiconductor nanowires has been expanded significantly and researchers from many different disciplines including chemistry, physics, electrical engineering, and materials science have been actively pursuing this exciting direction. Yang’s current research directions include artificial photosynthesis, nanowire photonics; nanowire-based photochemical diodes for direct solar to fuel conversion and novel CO2 reduction catalysis; and nanowire-based thermoelectrics for waste heat recovery.

Professor Yang is a member of the National Academy of Science and the American Academy of Arts and Science; a MacArthur Fellow; and has been awarded the E. O. Lawrence Award, U.S. Department of Energy, and the Thomson Reuters Citation Laureate in Physics among his many honors. He was awarded the Global Energy Prize in 2020.