Martin Head-Gordon elected to the Royal Society of London 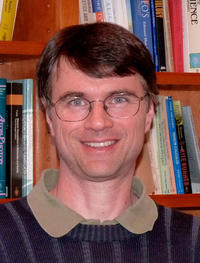 Martin Head-Gordon, has been named one of fifty-one eminent scientists included in the 2019  Fellows of the Royal Society for his exceptional contribution to science.

Head-Gordon is the Kenneth S. Pitzer Distinguished Professor in the Department of Chemistry at the University of California, Berkeley, and a Senior Faculty Scientist in the Chemical Sciences Division at the Lawrence Berkeley National Laboratory. A native of Australia, Martin has been at Berkeley since 1992.

Venki Ramakrishnan, President of the Royal Society, stated, "Over the course of the Royal Society’s vast history, it is our Fellowship that has remained a constant thread and the substance from which our purpose has been realised; to use science for the benefit of humanity.

"This year’s newly elected Fellows and Foreign Members of the Royal Society embody this, being drawn from diverse fields of enquiry - epidemiology, geometry, climatology - at once disparate, but also aligned in their pursuit and contributions of knowledge about the world in which we live, and it is with great honour that I welcome them as Fellows of the Royal Society."

Head-Gordon's research interests center on developing electronic structure theory, algorithms, and simulation codes, with the goal of attaining accurate computable models for exploring chemical problems ranging from catalytic reaction mechanisms to understanding of molecular interactions and chemical bonds. Some of his research achievements include the development of accurate, widely used density functionals, efficient numerical algorithms for calculating the rate-determining Coulomb and exchange interactions in density functional theory, and a range of wave-function methods to treat the electron correlation problem in ground and excited states.