The College of Chemistry is pleased to announce that Professor Karen Gleason (MIT) and Sarika Goel (Honeywell UOP) have been recently awarded honors from AIChE. 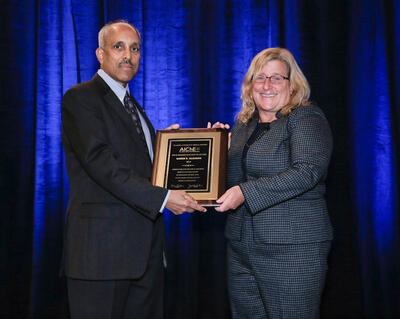 Karen Gleason, the Alexander and I. Michael Kasser Professor of Chemical Engineering and Associated Provost at the Massachusetts Institute of Technology, was named the John M. Prausnitz AIChE Institute Lecture for 2019.

The Executive Board of the Program Committee annually invites a distinguished member of AIChE to present a comprehensive authoritative review of the chemical engineering science in his or her field of specialization.

The endowed lecture was established to honor Dr. John M. Prausnitz of the University of California, Berkeley's for his exceptional impact on the profession, society, and generations of chemical engineering students. 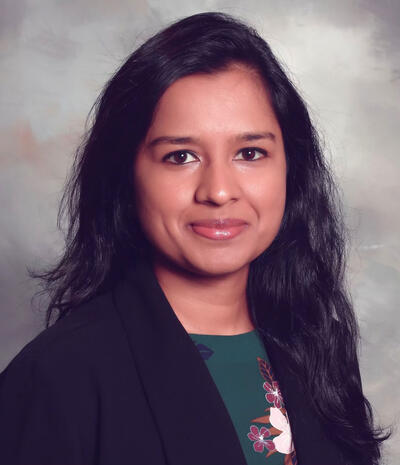 Sarika Goel has been honored as an AIChE 35 under 35 for 2020. Sarika is a Senior Advanced R&D Scientist at Honeywell UOP in the Hydroprocessing group where she is inventing, developing and commercializing next-generation catalysts for Hydrocracking Technology.

Prior to this role, she worked in Exploratory Research at UOP on the next-generation reforming catalyst development, scale-up and commercialization, as well as breakthrough reforming process development for applications in Refining and Petrochemical complex.

She has received several awards for her work including the IPMI Metalor Technologies Award for outstanding work in Precious Metals Research as well as the Heinz Heinemann Award for excellent graduate research in Catalysis.

Award winners were selected for their achievements in one of seven categories: bioengineering, chemicals and materials, education, energy and environment, innovation and entrepreneurship, leadership, and safety.