About the Department of Chemical & Biomolecular Engineering 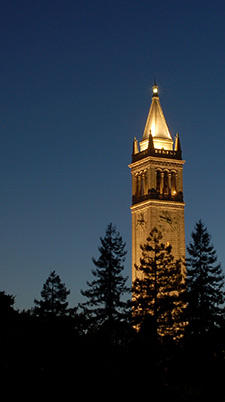 The Department of Chemical and Biomolecular Engineering (CBE) provides the opportunity for undergraduate and graduate students to obtain a thorough fundamental knowledge of all fields in chemical and biomolecular engineering.

Philip Schutz, a professor of chemical engineering at Columbia University, was selected to head the fledgling chemical engineering program. To assist him, Dean Wendell Latimer appointed Charles Wilke (PhD, University of Wisconsin) and LeRoy Bromley (MS, Illinois Institute of Technology). Sadly, shortly after the first class enrolled in 1946, Philip Schutz passed away. Theodore Vermeulen (PhD, UCLA) joined the program in February 1947 and became its head. Don Hanson (PhD, University of Wisconsin) and Charles Tobias (a Hungarian émigré, PhD, Budapest) joined the faculty in the fall of 1947, and they were followed by F. Campbell Williams in 1948.

This initial faculty group remained in place without further additions until 1952 when Ken Gordan from MIT joined the faculty. During this period, a PhD program was formally approved (1948) and the BS program was fully accredited (1949). Charles Wilke succeeded Theodore Vermeulen as Chairman in 1953, and between 1953 and 1955 he recruited three more remarkable intellects: Eugene Petersen from Penn State (1953), Andreas Acrivos from Minnesota (1954), and John Prausnitz from Princeton (1955).

With these pioneers establishing standards of excellence that have consistently marked the department, new areas of research were established in the period between 1953 and 1985. The sub-field of electrochemical engineering (under the leadership of Charles Tobias) is a notable example. During those same years, John Prausnitz developed a systematic approach for obtaining activity coefficients and equations of state for substances central to the petrochemical industry. The major award in this field, now called molecular thermodynamics, is named after Dr. Prausnitz, who continues to be active in teaching, research, and administration.

In the 1970’s Dennis Hess headed up the first program in microelectronics processing within a chemical engineering department. In that same decade, Charles Wilke and Harvey Blanch initiated a pioneering program in biochemical engineering. Under the leadership of Gene Petersen, Michel Boudart, and Alex Bell, an innovative program in catalysis and reaction engineering was established. When Mort Denn joined the faculty in 1981, he set up a world-class program in polymer processing on the Berkeley campus and at the Lawrence Berkeley National Laboratory. In 2010, the name of the department was changed to the Department of Chemical & Biomolecular Engineering to reflect the widened scope of teaching and research activities in the department.

An extensive history was published in 2020 by C. Judson King detailing the story of the department. A History of Berkeley Chemical Engineering: Pairing Engineering and Science is available as a pdf from our eScholarship site.