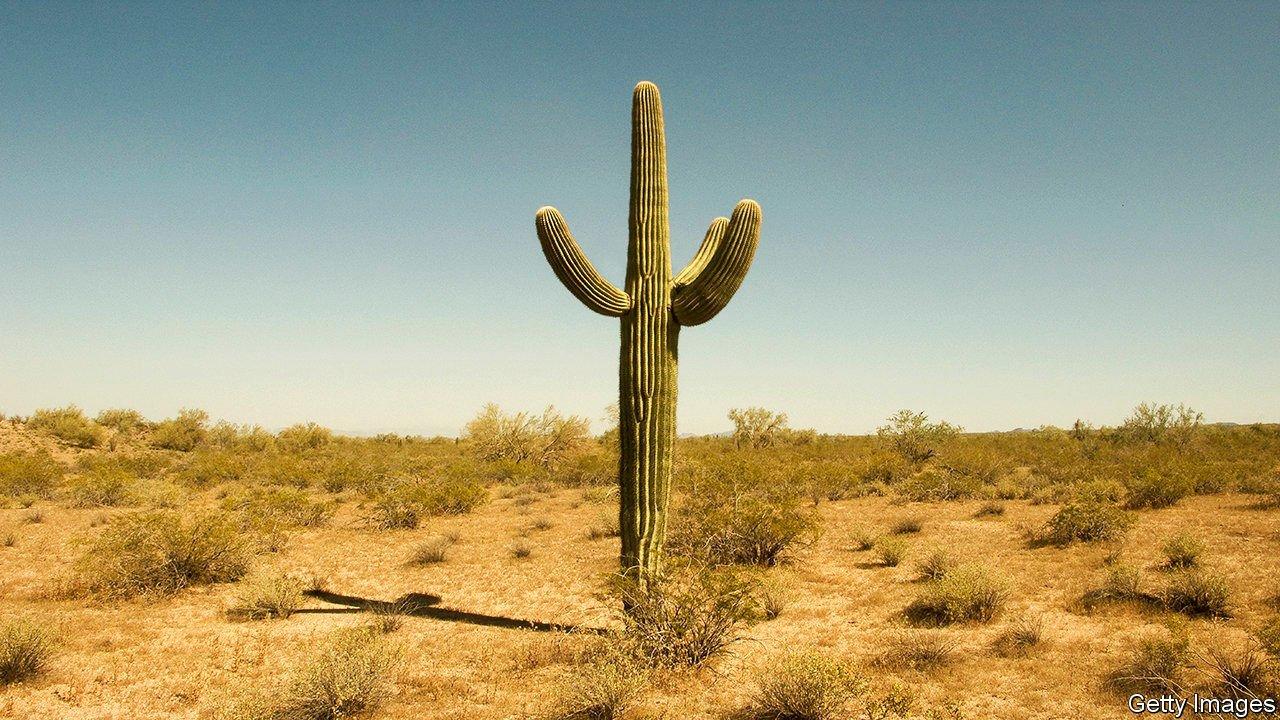 Where desalination is impossible, adsorption may be the answer. Photo: Getty Images

If you live in a desert, maintaining a supply of fresh water is a challenge. One answer is desalination, but that needs a source of brine from which to remove the salt—which in turn requires that your desert be near the sea. Even in inland deserts, though, moisture is often present in the air as water vapour. The problem is extracting this vapour effectively and cheaply. And that is what two groups of researchers—one at the University of Connecticut, the other at the University of California, Berkeley—hope they have managed to do.

Sometimes this happens naturally at night, causing mist and dew to form. These can be collected in special traps in areas where liquid water is otherwise rare. But if nocturnal cooling does not bring air all the way up to 100% relative humidity, building water traps out of special materials might give nature a helping hand.

Adsorption is a process which plucks water molecules from air that has less than 100% relative humidity by attaching them to the surface of a solid material. The molecules are held there by electrostatic connections called Van der Waals forces that link them with the molecules of the pertinent surface. To collect a lot of water this way therefore requires a material that has two properties. One is a large surface area. The other is an appropriate Van der Waals response.

Experimental traps that employ this principle have been made using substances called metal-organic frameworks. These are porous molecular networks through which air can circulate. Their porosity gives them a huge surface area. And by picking the right ingredients, such as zirconium, they can be given the necessary Van der Waals properties. Zirconium is, however, costly.

Moreover, once adsorbed, the water must then be released. This means warming the adsorptive material—the warmth being provided by the sun, once it has risen. Here, metal-organic frameworks present a problem. They tend to reflect sunlight rather than absorbing it, and so do not heat up well. To overcome this, engineers build solid “foams” made of copper into the system. These heat up in the sun and transfer some of their heat to parts of the adjacent metal-organic framework where adsorbed water needs to be released. This works, but adding such foams makes an already costly technology even dearer.
Both groups hope to get around these complications, but in different ways. The researchers at Berkeley, led by Omar Yaghi, announced their results last year. They propose to replace the zirconium-based metal-organic framework with one based on aluminium. Not only is aluminium cheaper than zirconium, it is better at binding to and then releasing water, making the trap’s operation smoother. On top of this, Dr Yaghi has found that by mixing graphite into the powder from which the framework is compounded, in order to make it black, and therefore heat-absorbing, he can eliminate the need for copper foam.

In Connecticut, meanwhile, Steven Suib and his colleagues, who have just reported their result in Environmental Science and Technology Letters, propose getting rid of both framework and foam, and replacing them with birnessite, a type of manganese dioxide. Birnessite is abundant in nature. It is also easy to make artificially. It is therefore cheap.

Like metal-organic frameworks, birnessite is riddled with tiny holes that allow air to move around inside it, to maximise adsorption. And it, too, is black and therefore heat-absorbing.

Both proposals work. Tested in desert-like conditions in a laboratory—and in Dr Yaghi’s case in an actual desert, too—they absorb and regurgitate reasonable fractions of their weight of water every day. They are nothing like as productive as desalination plants, and so would have to be built at large scale to generate water in commercially useful quantities. But one thing deserts do have is lots of cheap land. If either or both of these inventions can be manufactured at scale, then the deserts.