The scientist's journey to the Nobel Prize 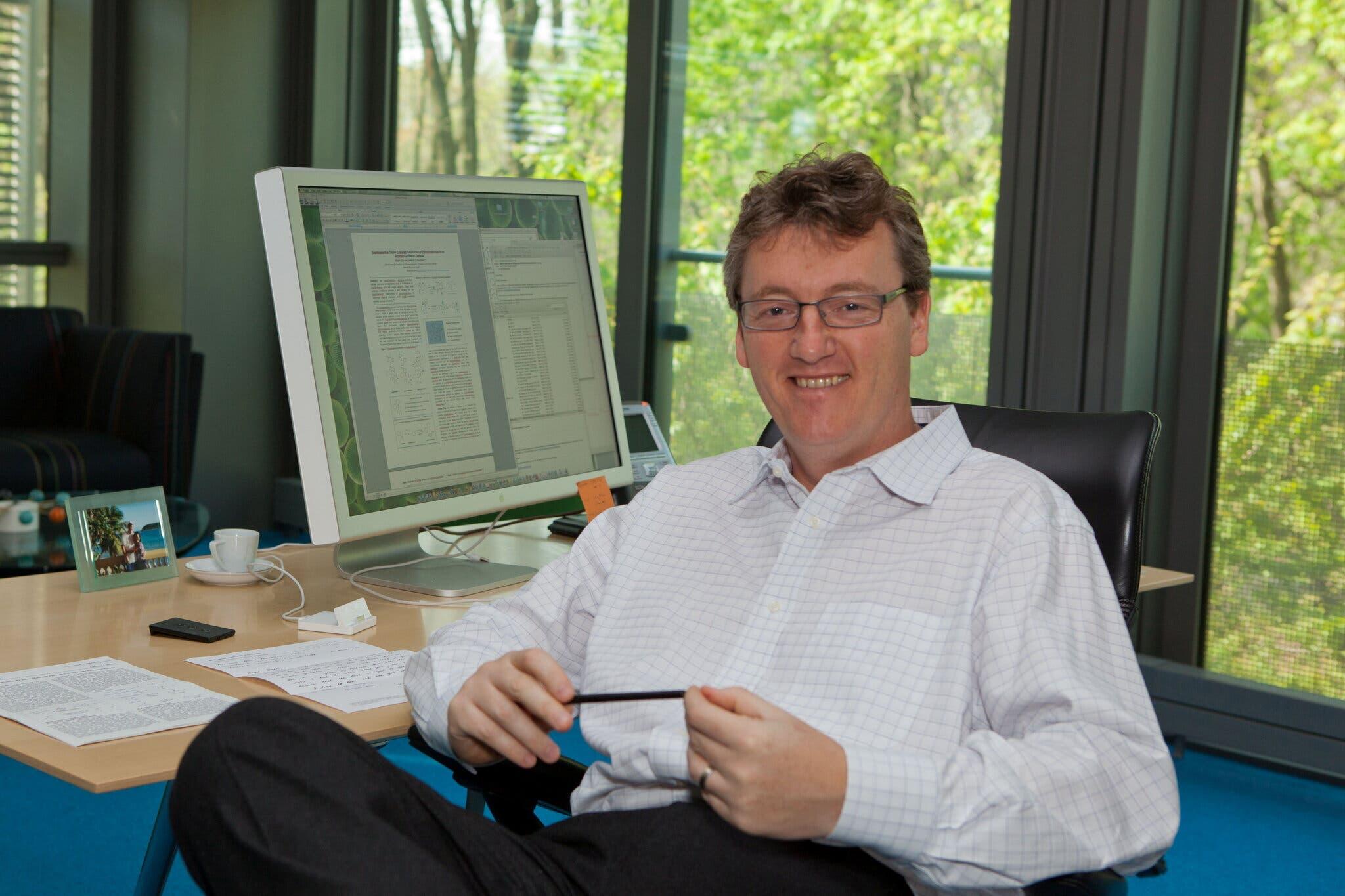 The Nobel Prize is one of the most prestigious awards for the sciences in the world. Other notable international awards include the National Medal of Science (United States), the Wolf Prize (Israel), The Royal (Queen’s) Medal (England), the Leibniz Prize (Germany), along with other prestigious acknowledgements of the discoveries, and long hours spent by scientists in labs around the world.

But the Nobel Prize remains the most renowned. College of Chemistry faculty have been awarded the Prize five times. Most recently last year when Professor Jennifer Doudna shared the prize with colleague Emmanuelle Charpentier for their groundbreaking work on CRISPR technology. The College has also been honored with ten of our alumni receiving the Prize. Professor Frances Arnold (Ph.D. ’85, ChemE) of Caltech was the newest alumni recipient in 2018.

Members of the College of Chemistry were delighted when Professors David MacMillan of Princeton University and Benjamin List of the Max-Planck-Institut were awarded the 2021 Nobel Prize in Chemistry for their independent discovery in 2000 of asymmetric organocatalysis. Researchers had long believed that there were, in principle, just two types of catalysts available: metals and enzymes. Their research showed that small organic molecules could also be used to create catalysing reactions. 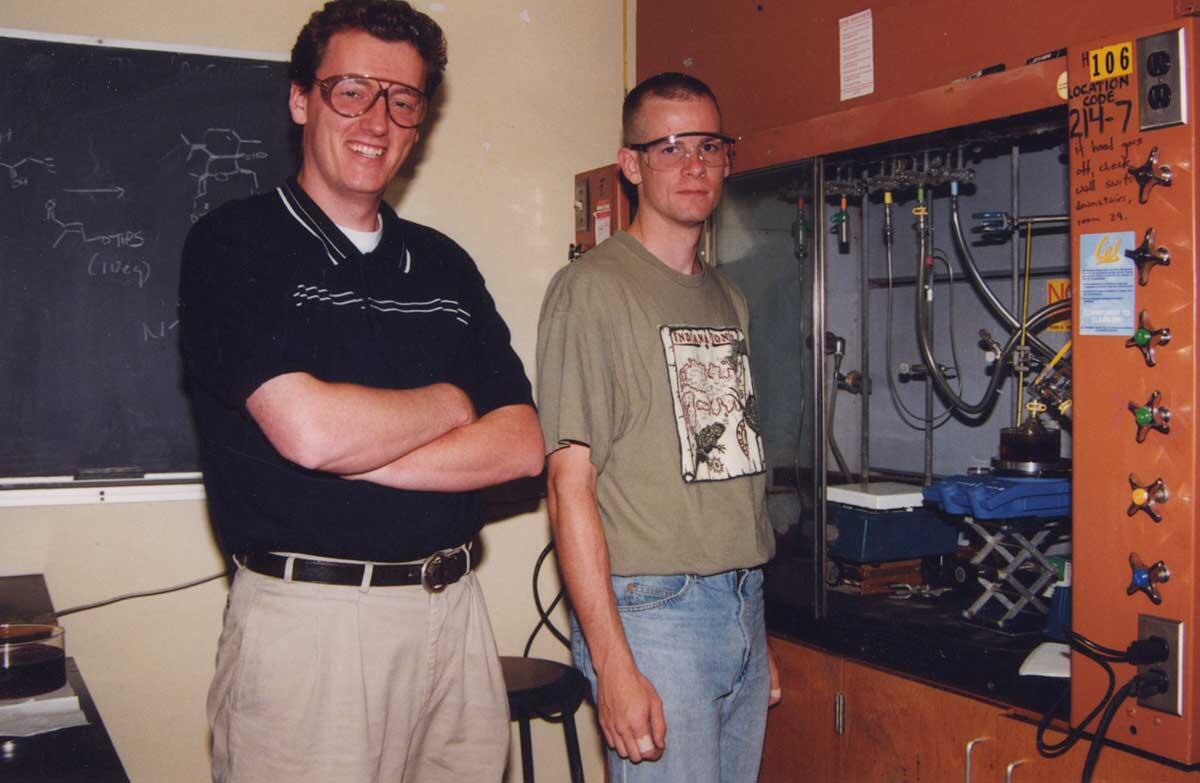 David in his lab in Lewis Hall. (photo College of Chemistry)

We were also very pleased because UC Berkeley and the College were part of Prof. MacMillan’s research journey to the Nobel Prize. In fact, his first appointment as an assistant professor in chemistry was at Berkeley in 1998 where he did his initial Nobel Prize winning research. Prof. MacMillian worked with two co-researchers Kateri Ahrendt (Ph.D. '03, Chem) and Christopher Borths (M.S. '00, Chem). Kateri was working at the time toward her Ph.D. in Chemistry in the lab of Jonathan. A. Ellman. Currently she is Associate Professor of Chemistry at Regis College, Weston, Massachusetts. Christopher received his M.S. in Chemistry at Berkeley and then went on to CalTech for his Ph.D. He has 17 years experience in the pharmaceutical industry as a synthetic organic chemist with Amgen.

“Dave started as an assistant professor the year after me at the College. It was amazing to see firsthand the fire and creativity he brought to his research. From day one, he thought beyond accepted dogma with a passion for impactful science that was inspirational to his students and colleagues,” stated Jeffrey Long, UC Berkeley Professor of Chemistry and Chemical Engineering. 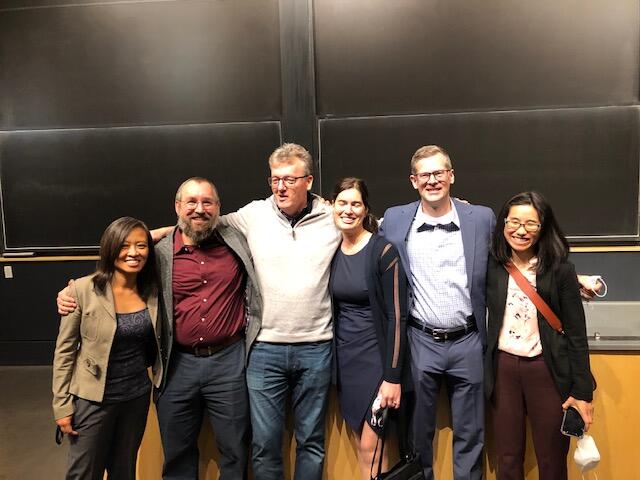 Armed with a B.Sc. in Chemistry from the University of Glasgow, he came to the United States to earn his Ph.D. from UC Irvine in 1996. He went on to postdoctoral research at UC Irvine and Harvard through 1998. From 1998-2000 he was an assistant professor at UC Berkeley’s College of Chemistry and then went to Caltech. In 2006, he settled in as a professor at Princeton University where he still teaches and does his research today.

David had been pursuing early research into organocatalysis at Harvard when he came to Berkeley. “….at Berkeley, he developed a more durable catalyst from organic molecules that, like metals, could temporarily accommodate or provide electrons. He tested the organic molecule’s ability to drive a Diels-Alder reaction, which can build rings of carbon atoms.”

“Like Professor List’s experiment, his reaction worked perfectly. He said he remembers jumping up and down and telling himself, ‘I think I’m going to get tenure.’”

“In 2000, Dr. List and Dr. MacMillan independently published their papers. Dr. MacMillan’s coined the term for this new catalysis — organocatalysis — so that other researchers might seek out new organic catalysts.” 1

“Organic molecules that play a role in life have this important feature of being handed — a right-handed and left-handed version that can have very different chemistry and very different biological consequences,” said Dr. Francis Collins, the director of the National Institutes of Health, which has funded both Dr. List and Dr. MacMillan’s work, the latter continuously since 2000.

The most important thing about their discovery was that now scientists could make medicines faster with less dire consequences. Chemists and pharmaceutical researchers often only want one version of a molecule, and typically in a catalytic reaction they will produce two (a left and right mirror version of the same molecule). Having both can lead to disastrous results. A tragic example was in the 1950s and 1960s, when a mirror image of the molecule thalidomide caused severe birth defects in thousands of babies in a treatment for morning sickness in women.

But asymmetric catalysis have the ability to produce just one asymmetric molecule, the left or the right, a boon for safety and for reducing chemical waste moving toward more green chemical processing in pharmaceuticals.

The list of drugs and treatments that use this technique of organocatalysis today is long and growing. Examples include the blood thinner warfarin, oseltamivir which is the key ingredient in the flu medication Tamiflu, and paroxetine which is an antidepressant.

"The contributions that Dave and his wonderful coworkers have made to organic synthesis, specifically in the area of catalysis, over the last two decades is nothing short of incredible. He has clearly pointed out a path with organocatalysis that many have followed, and it is now widely applied. It is also very impressive that he continues to explore new concepts and map out other new areas such as photoredox catalysis," stated Richmond Sarpong, Professor of Chemistry and the Executive Associate Dean of the College of Chemistry. 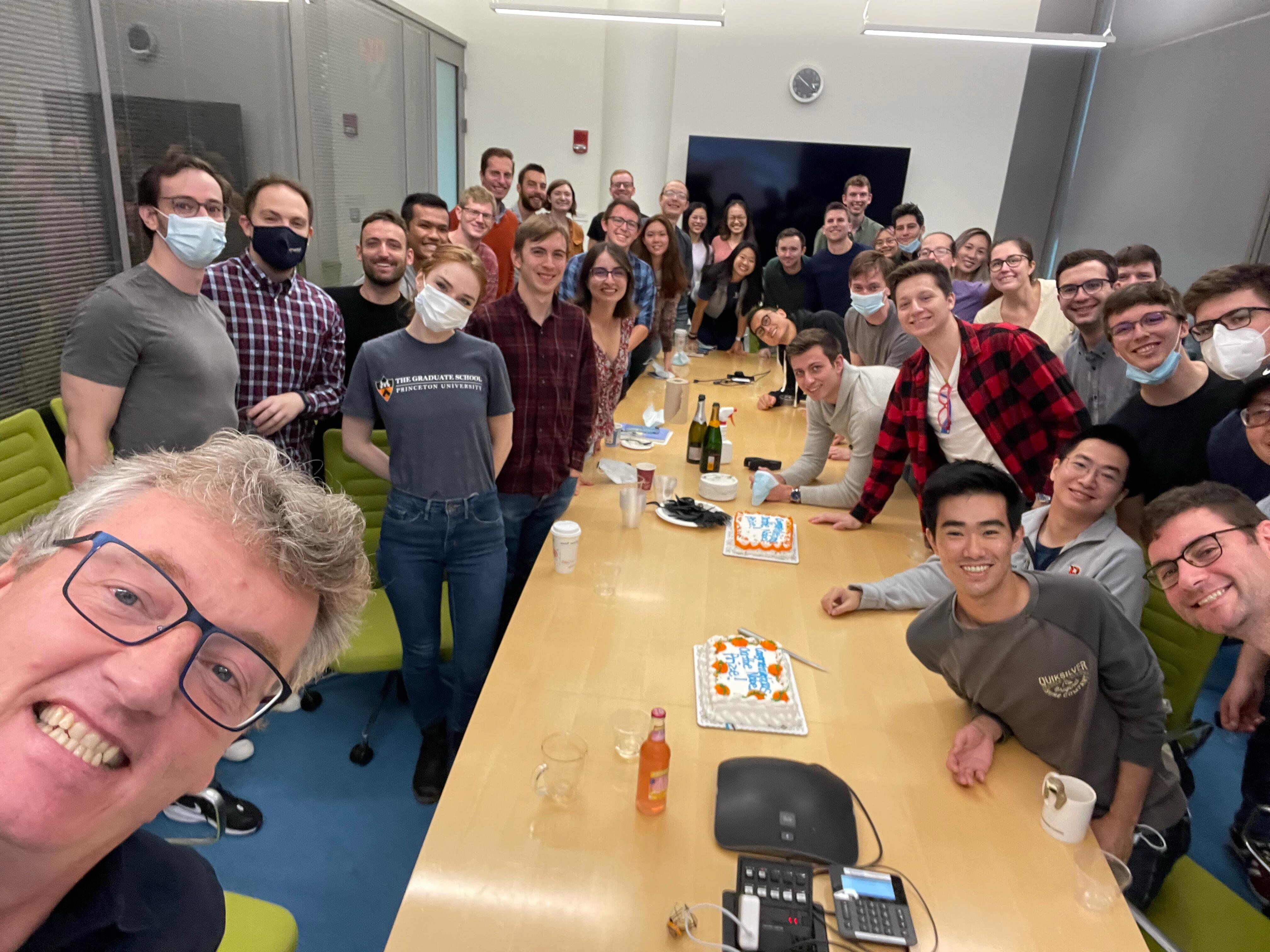 On the morning of the Nobel announcement, in a note to his research team on Twitter, Professor MacMillan informed them, “Hi Everyone, Despite recent news events I still think it would be fun to keep subgroup at 9am today. See you there, Dave” The image is of the 9:00am meeting. (Photo courtesy David MacMillan.)

In 2008, Prof. MacMillan was working with his then postdoc Dave Nicewicz (now at the University of North Carolina) on the problem of how to asymmetrically form a new carbon-carbon bond adjacent to an aldehyde. The team had the reaction working using high-energy UV light. But UV photoreactors are expensive, complex, and not widely embraced by organic chemists.

“'When I asked Dave if he could think of a way of doing this reaction without UV light, I didn’t mean use low energy light,' MacMillan recalls. 'But Nicewicz found a way to drive the reaction using a household compact fluorescent lightbulb. The trick was to use a visible-light-absorbing ruthenium bipyridyl catalyst, which was already a hot topic in solar cell research at the time.'

"Remarkably, Tehshik Yoon at the University of Wisconsin-Madison, and Corey Stephenson at the University of Michigan both independently had the same lightbulb moment. In late 2008 and early 2009, all three researchers separately published papers about using visible light photoredox catalysis, which solved completely different synthetic problems. '[These three groups publishing] really helped ignite the whole thing,' Prof. MacMillan said. 'You could immediately start to see all these different directions you could take this chemistry.'” 2

Prof. MacMillan, and his lab members, continue to do ground breaking research. He is the current director of the Princeton Catalysis Initiative, sits on several scientific advisory boards, and is the co-founder of Chiromics LLC, a growing biotech that seeks to devise new strategies and screening techniques for the identification of drug-like molecules.

"We are of course very happy for David and enormously proud that his journey to a Nobel Prize began at Berkeley. Along with my colleagues, my heartiest congratulations and best wishes go out to him," said Douglas Clark, Dean, College of Chemistry and the Gilbert Newton Lewis Professor.

Note: This story was updated October 25, 2021 to include information about Berkeley co-researchers Kateri Ahrendt and Christopher Borths who worked with Prof. MacMillan on his research.