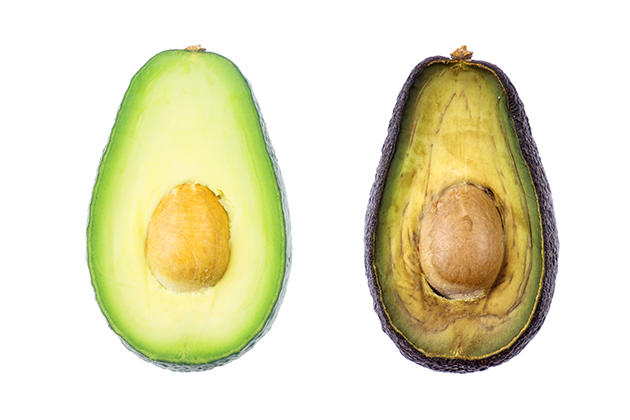 Our bodies and many of our favorite foods, including avocados, are made of organic molecules, such as unsaturated lipids, which are important building blocks for cell walls. (Credit: YuanruLi/iStock)

Scientists at the U.S. Department of Energy’s Lawrence Berkeley National Laboratory (Berkeley Lab) have made a surprising discovery that could help explain our risk for developing chronic diseases or cancers as we get older, and how our food decomposes over time.

What’s more, their findings, which were reported recently in the Proceedings of the National Academy of Sciences (PNAS), point to an unexpected link between the ozone chemistry in our atmosphere and our cells’ hardwired ability to ward off disease.

“The beauty of nature is that it often decides to use similar chemistries throughout a system, but we never thought that we would find a common link between atmospheric chemistry, and the chemistry of our bodies and food,” said Kevin Wilson (Ph.D. '03, Chem), the deputy director of Berkeley Lab’s Chemical Sciences Division who led the study. “Our study is the first to explore another chemical pathway that might affect how well the cells in our bodies – and even our food – can respond to oxidative stress, such as pollution, over time.” 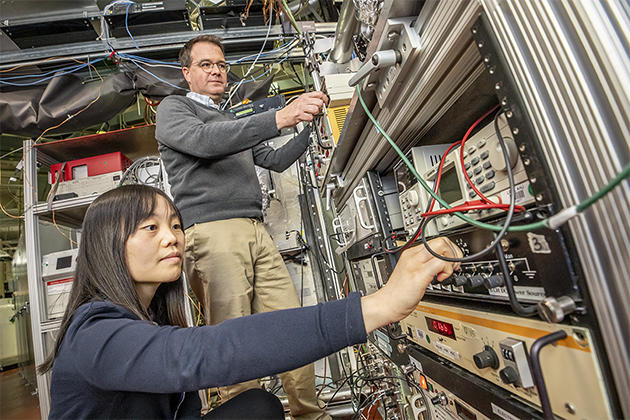 Our bodies and some of our favorite foods, including meat, nuts, and avocados, have a lot in common: They are made of organic molecules, such as unsaturated lipids, which are important building blocks for cell walls.

Unsaturated lipids and other organic molecules, like carbohydrates and proteins, slowly degrade over time because of a chain reaction – known as autoxidation – kicked off by oxygen and hydroxyl radicals, a type of reactive oxygen species. Hydroxyl radicals insidiously attack the unsaturated lipids in our bodies and our food, turning the freshest of avocados brown, for example.

The damage to our bodies from hydroxyl radicals, however, is more devastating than an oxidized avocado. As we age, decades of exposure to hydroxyl radicals and other reactive oxygen species slowly yet surely debilitate our body’s unsaturated lipids. Such irreversible damage increases oxidative stress and the likelihood of developing cancer and age-related chronic diseases such as Alzheimer’s.

An unexpected link in diseases and food

But Wilson and his research team found that hydroxyl radicals have a surprising partner in crime – and it goes by the name “Criegee intermediate.” 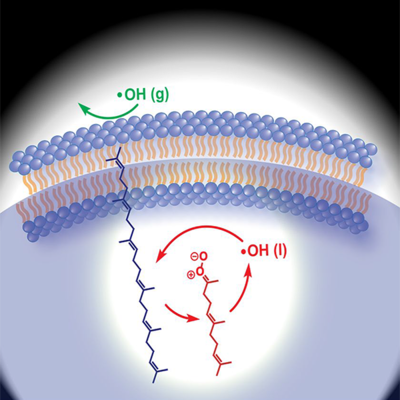 Criegee intermediates are highly reactive, exotic molecules first proposed by chemist Rudolf Criegee in 1975 to explain how pollutants emitted by cars and factories react with the ozone layer in our atmosphere.

So in 2015, decades after Criegee’s groundbreaking discovery, Wilson and co-author Nadja Heine were surprised to observe a chemical species called “secondary ozonides” – molecules containing carbon, hydrogen, and oxygen – during a hydroxyl reaction with unsaturated lipids at Berkeley Lab’s Advanced Light Source (ALS). (Heine was a postdoctoral researcher in Berkeley Lab’s Chemical Sciences Division at the time of the study.)

What baffled the researchers is that secondary ozonides aren’t typically associated with unsaturated lipids; rather, they are products of a Criegee intermediate reaction with atmospheric aldehydes, which are organic compounds derived from alcohols.

“We wondered, do Criegee intermediates work with hydroxyl in the degradation of the unsaturated lipids in food, plastic, and the cells in our bodies?” Wilson said.

Going on a scavenger hunt

Because Criegee intermediates have a fleeting existence, it’s hard to observe them directly. So the researchers used a process of elimination to zero in on them. 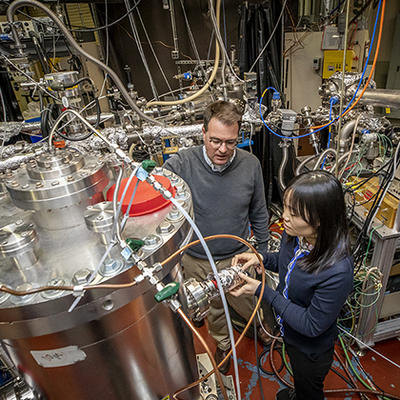 Lead author Meirong Zeng, a postdoctoral researcher in Berkeley Lab’s Chemical Sciences Division, employed a technique called mass spectroscopy at the ALS to illuminate the lipid nanodroplets under ultraviolet light. The ALS is a DOE-funded synchrotron facility that delivers beams of X-ray, ultraviolet, and infrared light to support dozens of simultaneous experiments to explore the microscopic structure and chemical makeup of samples across a wide range of scientific disciplines.

They also found that once the Criegee intermediates had been disabled by the scavenger molecules, the reaction yielded products similar to peroxide, and it did not release secondary ozonides, Zeng said.

The researchers believe that these results provide evidence of a new lipid degradation pathway where lipid-hungry hydroxyl generates Criegee intermediates, which then give birth to a new batch of hydroxyl; the newly formed hydroxyl sends off a new generation of Criegee intermediates; and the cycle goes on and on.

“This surprised us because hydroxyl radicals were known to cause oxidative damage to cells, but what wasn’t known before our study is that hydroxyl does this via the formation of Criegee intermediates,” Wilson added.

Since chronic diseases, cancer, and food spoilage have been linked to cell damage caused by hydroxyl radicals, the researchers believe that Criegee intermediates could also play a similar role in the molecular degradation that makes us vulnerable to diseases as we age, and that causes food to decay.

A new path for antioxidants
The discovery could lay the foundation for a new class of antioxidants – from vitamins to natural food preservatives, Zeng added.

“It’s an exciting discovery. This gave us a fuller picture of the mechanisms behind cellular degradation and disease that was completely unexpected,” she said.

“To complete this work took years of hard work by Nadja and Meirong, and the unique capabilities of the Advanced Light Source to probe complex chemistry,” Wilson said. “We hope that the results from our study will inspire researchers to further explore the biochemistry of Criegee intermediates, lipids, and antioxidants, which are needed to help people in a number of ways: from the prevention of disease to the preservation of food.”

The researchers next plan to work with theorists at Berkeley Lab to study the quantum properties, such as the electronic structure, at play in the Criegee intermediate/hydroxyl reaction to better assess how this cycle might operate in human cells, food, and in materials containing unsaturated lipids such as plastics and fuels.

This work was supported by the DOE Office of Science through the Gas Phase Chemical Physics Program.

The Advanced Light Source is a DOE Office of Science user facility.