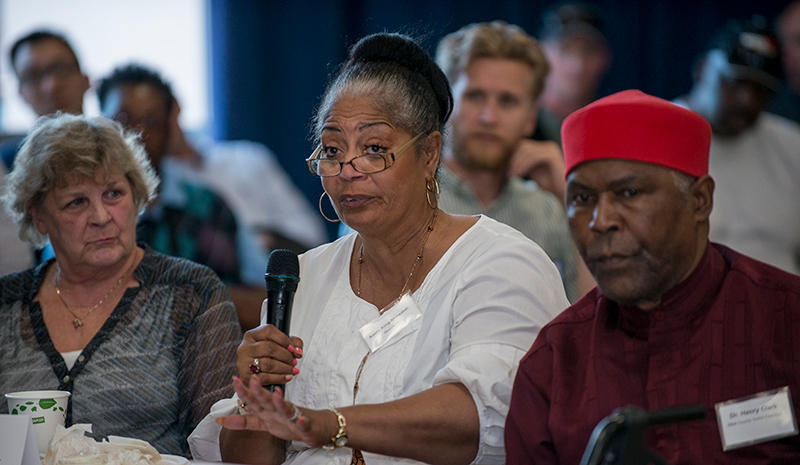 We hear a lot about bad air quality in California. And, it’s hard to know what to do about it. But thanks to a 2017 law, two Bay Area communities known for their air pollution are helping set their own air quality policies. But what does putting air pollution in the hands of the people really look like?

In this Cross Currents report from KALW, reporter Brett Simpson attends an important community air quality meeting in Richmond as a committee of residents decide how much monitoring they should do before putting stricter standards in place. Richmond, California has some of the worst air pollution in the country. The committee was divided between more monitoring and wanting to enact stricter standards now.

Ron Cohen, Director, Berkeley Atmospheric Science Center and Professor of Chemistry and of Earth and Planetary Sciences, has a series of air monitors currently running in Richmond. He says that installing a dense network of monitors might just tell you what you could learn from a stroll around the neighborhood. For instance, he says, we already know that trucks emit carbon dioxide. So if there’s a truck yard, why do we need to install air monitors around it to find that out?

“We could have instead just had a camera and counted trucks,” Cohen says. “It’s way less expensive than making measurements for a year.”

There's a lot at stake. Listen to the full broadcast here>