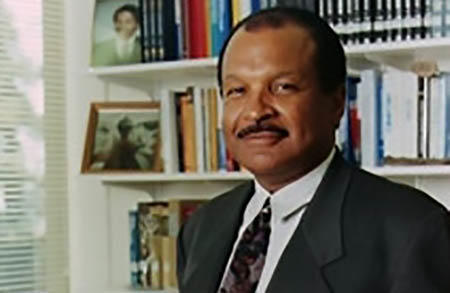 Professor Emeritus William Lester, a chemist, and educator at the University of California, Berkeley, was recently inducted into the exclusive Hall of Fame for 2020 by the International Association of Top Professionals (IAOTP).

Professor Lester is being recognized for dedicating close to six decades of his life to chemistry and education. He was honored at IAOTP’s 2019 Annual Awards Gala which was held at the Bellagio Hotel in Las Vegas, where he received the Lifetime Achievement Award. IAOTP is thrilled to be able to recognize Professor Lester for his success and proficiency. He will be honored for this distinction at the end of this year on stage at the Plaza Hotel in New York City.

In addition to working as a Professor in the Department of Chemistry at UC, Berkeley, his other notable positions have included: Physical Chemist with the National Bureau of Standards in Washington DC; Staff Scientist and Manager, IBM San Jose Research Laboratory; Director of the National Resource for Computation in Chemistry and concurrently an Associate Director at Lawrence Berkeley National Laboratory (LBNL); Associate Dean for the College of Chemistry at UC Berkeley; and a Faculty Senior Scientist at LBNL.

Throughout his remarkable career, Professor Lester has remained active in his community and recognized worldwide for his outstanding leadership and commitment in the fields of chemistry and higher education. He has received many awards, accolades, and has been featured in numerous publications multiple years in a row such as Marquis Who’s Who, Who’s Who in Science and Engineering, Who’s Who in the West, and Who’s Who in the World.

Looking back, Professor Lester attributes his success to his experience, education, mentors he had along the way, and staying passionate in all his endeavors. He feels he has been blessed and loves what he does. When he is not working Professor Lester enjoys traveling, reading and the arts. For the future he hopes to continue to make a positive difference in people’s lives anyway that he can.