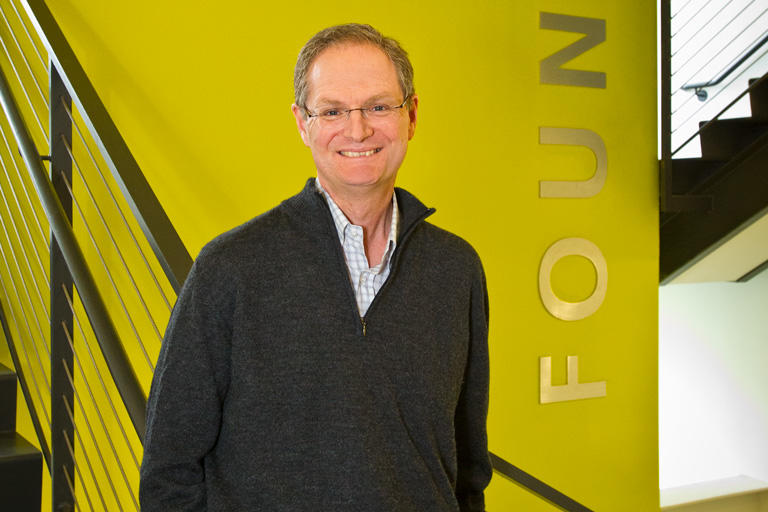 Paul Alivisatos, an internationally renowned chemist who holds joint appointments with the Department of Energy’s Lawrence Berkeley National Laboratory (Berkeley Lab) and UC Berkeley, has been awarded the 2021 Priestley Medal, the highest honor of the American Chemical Society (ACS). Alivisatos is the seventh Berkeley Lab scientist and eighth College of Chemistry scientist to win the award.

Alivisatos, who is receiving the award for his “foundational contributions to the chemistry of nanoscience, development of nanocrystals as nanotechnology building blocks, and leadership in the chemistry and nanoscience communities,” is highly regarded as a central pioneer in the field of nanoscience, the study of matter on the scale of billionths of a meter.

Alivisatos has authored more than 400 papers. His vast body of work includes the groundbreaking discovery, in 1998, of fluorescent probes from nanometer-sized semiconductor crystals, which paved the way for exciting new biomedical applications. That technology was licensed in 1999 by the Palo Alto, California, start-up Quantum Dot Corporation, which Alivisatos co-founded to commercialize nanocrystal products for cancer diagnostics and medical research. Quantum Dot Corporation is now a brand under Fisher Scientific.

Alivisatos has also demonstrated semiconductor nanocrystals called quantum dots can be used in light-emitting diodes and solar cells. Today, the energy-efficient technology is manufactured by Nanosys, a startup Alivisatos co-founded in 2001 to commercialize quantum dots, and is used to make electronic displays for portable readers, like the Amazon Kindle, and quantum-dot LED (QLED) televisions.

And in 2015, he led a multi-institutional team, which included researchers from Berkeley Lab’s Molecular Foundry, in the development of “SINGLE,” an electron microscopy technique that provided the first atomic-scale images of colloidal nanoparticles, clusters of thousands of atoms suspended in a solution. Further refinements to the technique, reported earlier this year, could make possible the atomic engineering of materials for applications including fuel cells, hydrogen vehicles, and chemical synthesis.

Alivisatos is a senior faculty scientist in Berkeley Lab’s Materials Sciences Division who served as Berkeley Lab’s director from 2009 to 2015, and was the founding director of the Molecular Foundry, a DOE Office of Science user facility for nanoscience research located at Berkeley Lab. At UC Berkeley, he is the Samsung Distinguished Professor of Nanoscience and Nanotechnology, a professor of chemistry and materials science and engineering, and the executive vice chancellor and provost.

In addition to the Priestley Medal, Alivisatos’ many awards include the National Medal of Science, the Spiers Memorial Award, Axion Award, Wolf Prize in Chemistry, the Von Hippel Award, the Linus Pauling Medal, Computation and Engineering’s Nanoscience Prize, the Ernest Orlando Lawrence Award, the Rank Prize for Optoelectronics, the Eni Award for Energy and Environment, Colloid and Surface Chemistry Award, Coblentz Award for Molecular Spectroscopy, and the Thomas Wilson Memorial Prize. He is a member of the National Academy of Sciences, the American Academy of Arts and Sciences, and the American Philosophical Society.