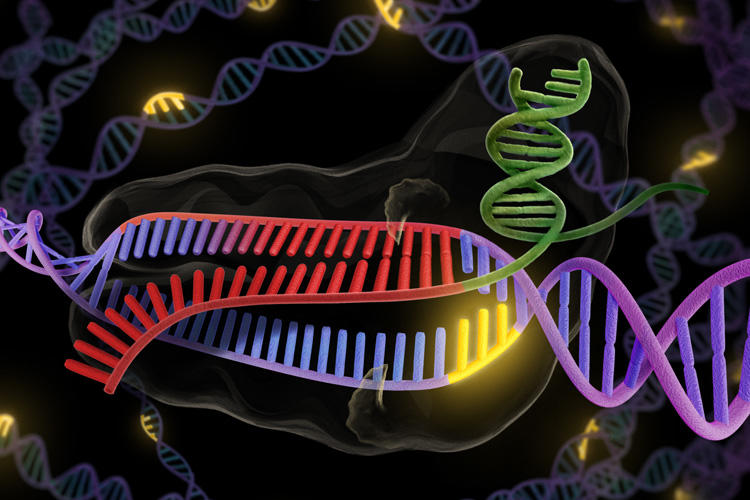 The University of California has received two new patents for use of the revolutionary CRISPR-Cas9 technology, increasing its gene-editing patent portfolio to 10. Five more are expected to be issued by the U.S. Patent and Trademark Office by the end of the summer.

The patents were awarded today to UC and its co-patentees, the University of Vienna and Emmanuelle Charpentier, who co-invented CRISPR-Cas9 with UC Berkeley's Jennifer Doudna.

"The USPTO's continued recognition of the significance and uniqueness of the Doudna-Charpentier team's work is a telling signal," said Eldora L. Ellison, Ph.D., lead patent strategist on CRISPR-Cas9 matters for UC and a Director at Sterne, Kessler, Goldstein & Fox. "We anticipate further momentum and expansion of the portfolio as each aspect of this pioneering technology is formally recognized and receives the patent protection it deserves."

Within the next several weeks, five additional applications are expected to issue as patents, which will grow UC's portfolio to 15 total patents. The portfolio covers various compositions and methods that allow for targeting and editing genes in any setting, including within plant, animal, and human cells, as well as modulating transcription.

The team that invented the CRISPR-Cas9 DNA-targeting technology included Doudna and Martin Jinek at UC Berkeley; Charpentier, then at Umea University in Sweden and now director of the Max Planck Institute for Infection Biology in Germany; and Krzysztof Chylinski of the University of Vienna. The methods covered by today's patent, as well as the other methods claimed in UC's previously issued patents and those set to issue, were included among the CRISPR-Cas9 gene editing technology work disclosed first by the Doudna-Charpentier team in its May 25, 2012, priority patent application.

International patent offices have also recognized the pioneering innovations of the Doudna-Charpentier team. In addition to the 10 patents granted in the U.S. so far, the European Patent Office, which represents more than 30 countries, and patent offices in the United Kingdom, China, Japan, Australia, New Zealand, Mexico and other countries, have issued patents for the use of CRISPR-Cas9 gene editing in all types of cells.

UC has a long-standing commitment to develop and apply its patented technologies, including CRISPR-Cas9, for the betterment of humankind. Consistent with its open-licensing policies, UC allows nonprofit institutions, including academic institutions, to use the technology for non-commercial educational and research purposes.

In the case of CRISPR-Cas9, UC has also encouraged widespread commercialization of the technology through its exclusive license with Caribou Biosciences, Inc. of Berkeley, California. Caribou has sublicensed this patent family to numerous companies worldwide, including Intellia Therapeutics, Inc., for certain human therapeutic applications. Additionally, Charpentier has licensed the technology to CRISPR Therapeutics AG and ERS Genomics Limited.

All about CRISPR-Cas9
CRISPR-Cas9 timeline at UC Berkeley

When scientists fight to save the climate
END_OF_DOCUMENT_TOKEN_TO_BE_REPLACED