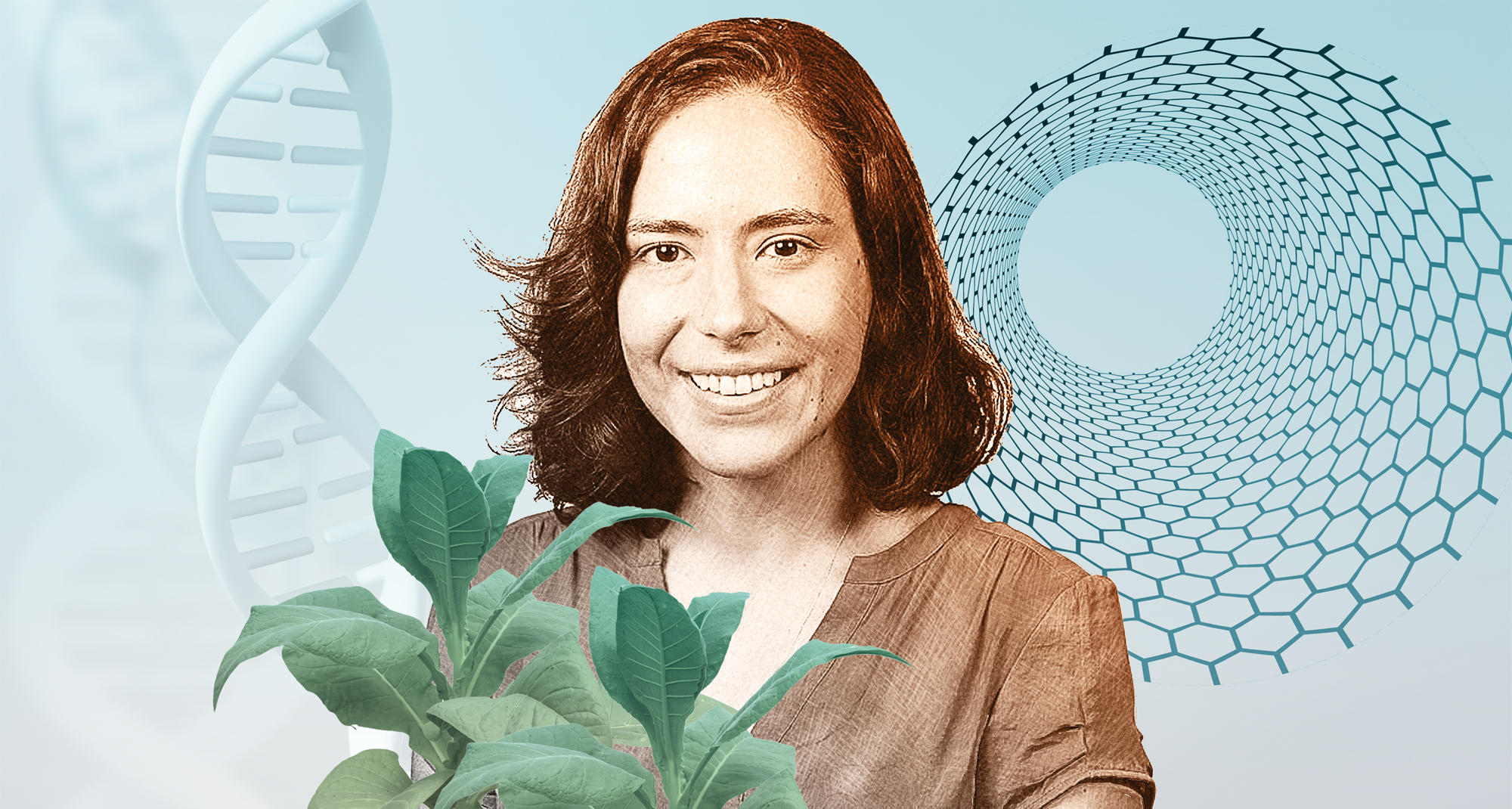 This article is a segment from C&ENew’s annual Talented 12 issue.

By using nanomaterials to create new tools, Markita Landry reckons she can crack open new areas of science. Landry, an assistant professor of chemical and biomolecular engineering at the University of California, Berkeley, is harnessing the chemical and physical properties of nanomaterials to do things like deliver DNA to plants and measure signaling molecules in the brain.

In the plant work, her group uses nanomaterials, such as carbon nanotubes, to ferry DNA into plant cells. The new DNA prompts the plants to churn out proteins that can give them new traits, such as drought or pest resistance.

Plants have been notoriously difficult to manipulate using conventional gene-editing approaches, such as CRISPR-Cas9. “One of the things I was most surprised by is how many of the tools that work really nicely for bacterial systems, yeast systems, and even mammalian cells fail in plants because of the cell wall,” Landry says. “It’s quite difficult to get DNA in plants because the cell wall is a very rigid multilayer structure that excludes most molecules. By using nanomaterials, we can sneak past the cell wall,” she explains.

And delivering DNA via nanomaterials doesn’t permanently alter a plant’s genome, meaning the plant doesn’t pass on those new traits. Because Landry’s method doesn’t result in a genetically modified organism, it might be more appealing to consumers and regulators.

For her work with plants, Landry relies on the physical properties of the nanomaterials. For her neuroscience work, she’s making chemical modifications. By decorating the surface of carbon nanotubes with short strands of nucleic acids, her group has made nanosensors that fluoresce only in the presence of neurotransmitters such as dopamine or norepinephrine.

Those nanosensors offer a resolution that lets Landry measure the timing and location of neurotransmitters as they signal between neurons in the brain. With this information, she might be able to see how individual neurons respond to drugs. Landry is particularly interested in exploring how neurons in broad networks—such as those that release dopamine or other so-called neuromodulators—talk to one another. In those complicated networks, spatial information can be especially useful.

The new tools that Landry is developing are already generating buzz in plant science and neuroscience, says Michael S. Strano, a chemical engineering professor at the Massachusetts Institute of Technology and her postdoc adviser. When a researcher moves into a new field, it can typically take years to build up credibility and get noticed, he says. “The quick way around that is to produce a paper that people find compelling. This has happened to Markita in her work on plants and also in neuroscience.”

Landry says she chose to go to UC Berkeley because of its strengths in many different areas of science. She is already cultivating collaborations to advance applications of her technologies. “Now that we’ve validated our platforms, we’re putting them in the hands of other scientists and seeing what they do with them,” she says.