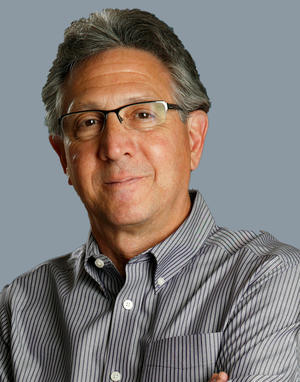 Professor of Chemistry and Molecular and Cell Biology, Michael A. Marletta, will receive an Honorary Doctor of Science degree from the State University of New York (SUNY) at Fredonia during their Commencement on Saturday, May 19. Marletta will also give the keynote address.

Marletta earned his Bachelor of Science degree in Chemistry from Fredonia in 1973, with a second major in Biology. Following his Fredonia years, he went on to earn his Ph.D. in 1978 from the University of California-San Francisco in Pharmaceutical Chemistry. His research focus is at the intersection of chemistry and biology, and his work on the role of nitric oxide function in biology has been recognized as pioneering.

SUNY Fredonia President Virginia Horvath, reflecting on the honor, noted, “Dr. Michael Marletta exemplifies what we hope a Fredonia education can do. After he graduated from Fredonia, his curiosity and his hard work never stopped, leading him to a career as a distinguished scientist. His research affects the lives of many people, and he has achieved fame in scientific and academic circles. Yet he makes the time to visit this campus, to meet with students, and to encourage others. I am proud and excited to have him now recognized by SUNY with an honorary doctorate.”

Marletta held faculty appointments at MIT and the University of Michigan before joining UC Berkeley in 2001. He also was appointed as an investigator in the Howard Hughes Medical Institute from 1997-2001. He joined the College of Chemistry at UC Berkeley in 2001, serving until 2012. During that time he served as chair of the Department of Chemistry,  co-director of the Chemical Biology Graduate Program, was Aldo De Benedictis Distinguished Professor of Chemistry and Professor of Biochemistry in the Department of Molecular and Cell Biology.

In 2012, Marletta was named President and CEO of The Scripps Research Institute in La Jolla, Calif. During that time, he also held the Cecil H. and Ida M. Green Chair in Chemistry. In 2015, Marletta returned to UC Berkeley and was appointed Professor of Chemistry and Molecular and Cell Biology, holding the CH and Annie Li Chair in the Molecular Biology of Diseases.

Marletta has been recognized with many awards and honors for his scientific and career achievements. In 1996, he was awarded a MacArthur Fellowship. In 1999 he was elected to the National Academy of Medicine and then in 2006, to the National Academy of Sciences, both in recognition of his distinguished achievements in original research. In 2016, he was elected as a Resident member of the American Philosophical Society, the oldest learned society in the U.S. He has published over 200 research papers and is the holder of many U.S. patents.

In 2006, Marletta co-founded Omniox, a biotechnology company commercializing oxygen delivery technology for a broad range of clinical indications including cancer.