The field of inorganic chemistry has lost one of its most passionate practitioners; Professor Richard Andersen passed away in Oakland, California, on June 16, 2019, at the age of 76.

Andersen was born in Oklahoma, and grew up in South Dakota. He attended the University of South Dakota, where his passion for chemistry was ignited during his high school days.  He completed his graduate studies at the University of Wyoming, working with the legendary organometallic chemist, Geoffrey Coates. On the day it was announced that Geoff Wilkinson and E.O. Fischer would share the Nobel Prize in Chemistry, Andersen accepted an offer to conduct his postdoctoral research in Wilkinson’s laboratory at Imperial College. He subsequently joined the chemistry faculty at Berkeley in 1976.

Over the span of forty years, Andersen made foundational contributions to many areas of inorganic and organometallic chemistry.  He is well known for his pioneering interests in understanding the coordination and organometallic chemistry of elements across the periodic table. He demonstrated the stabilization of low-valent, low-coordinate complexes of d- and f-metals, and the selective introduction of multiply-bonded functional groups, demonstrating unusual redox reactions.  His work was always characterized by careful synthetic studies accompanied by methodical investigation of electronic structure and its influence on chemical and physical behavior. He studied the unique reactivity of these complexes in the activation of small molecules, often as models for catalytically active species. Most recently, he directed this interest to a collaborative study of the catalytic activity of solid-supported lanthanides in olefin polymerization, demonstrating 13C chemical shift tensors as an indicator of the activity of catalysts.

He remained actively engaged in his own research “at the bench” and in research collaborations throughout his career, working closely with other Berkeley faculty, Lawrence Berkeley Laboratory staff, and collaborators around the world. He was always available as a resource to all, sharing his encyclopedic knowledge and chemical insight. His strong involvement in collaborative science is reflected in the many Visiting Professorships he was awarded around the world, including appointments in Sevilla, Lyon, Montpellier, New South Wales, and Zurich. He was also a Humboldt Professor in various locations in Germany.

Above all, Andersen will long be remembered for his generosity in sharing his knowledge and his time with generations of Berkeley students, as both a teacher and a mentor. Many students had the opportunity to be co-mentored by Andersen and other advisors in the Department. He had a special passion for teaching the Berkeley course in synthetic inorganic chemistry, Chemistry 108.  Many undergraduates learned synthetic chemistry from his hands-on approach to this course.

Those who have worked with him will always miss his colorful personality and his unique fascination with, and excitement about, molecules.

Submitted to the UC Berkeley faculty senate by: 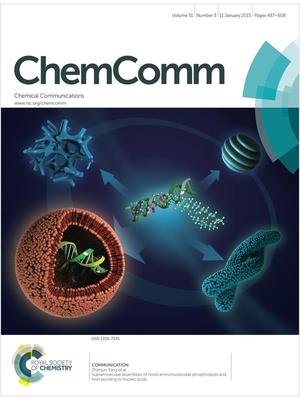 Richard Andersen: An enigmatic trailblazer on the frontier of discovery