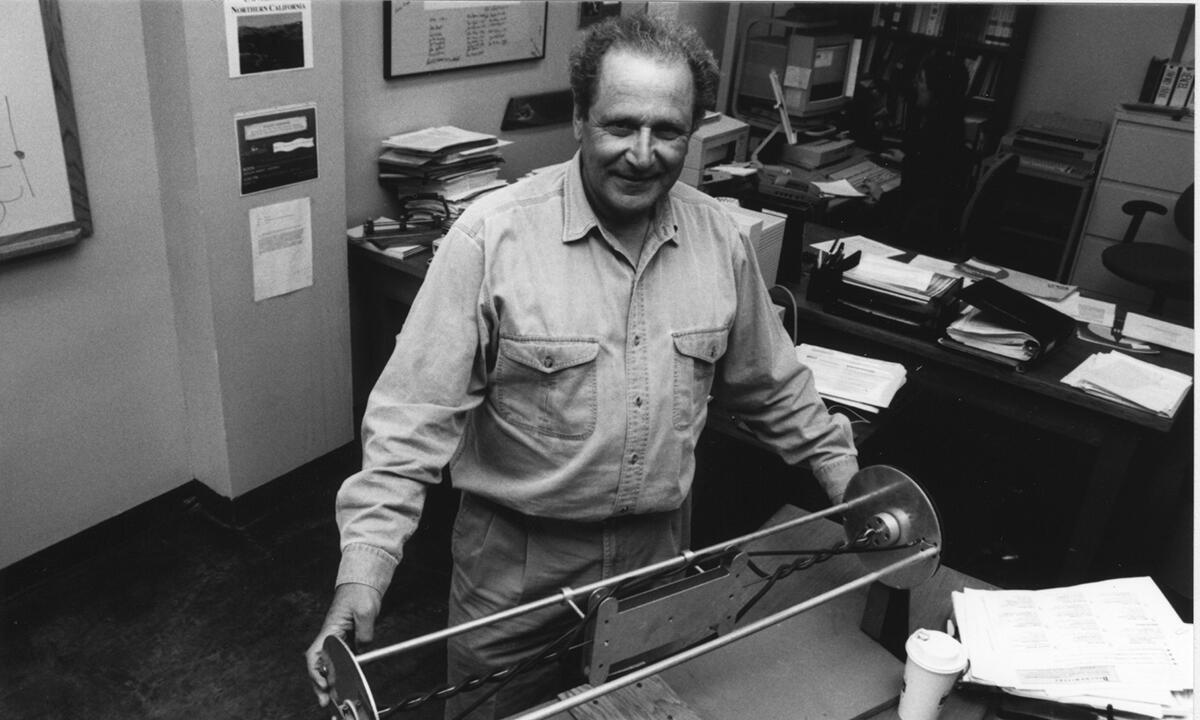 John Hearst in his office. Undated photo by Dennis Galloway. Collection of the College of Chemistry.

John E. Hearst, distinguished colleague and professor emeritus of chemistry, passed away this morning at the age of 87.

John was born in Vienna, Austria on July 2, 1935. He completed his B.E. in chemical engineering at Yale University in 1957 followed by a Ph.D. in chemistry at the California Institute of Technology in 1961. From 1961-62, John was an NSF Postdoctoral Fellow at Dartmouth College. He joined the faculty at UC Berkeley as an assistant professor in the fall of 1962. After rising through the ranks of the professoriate, John retired in December 1995.

John was a prominent figure in the field of psoralen interactions with nucleic acids, an area of research that he largely developed. One of his Ph.D. students, Thomas Cech, received the Nobel Prize in 1989 for his discovery that RNA can be catalytic. In the 1970's, John collaborated with his colleague, Henry Rapoport, on developing a photochemical method of inactivation of pathogens that became the basis for the work of HRI Research, HRI Associates, Advanced Genetics Research Institute, and Cerus Corporation. HRI Research and HRI Associates ("HRI" stands for Hearst, Rapoport, and Isaacs, the three co-founders of these companies) evolved into the Cerus Corporation in 1991.

John served as President of the American Society for Photobiology (1991-92), was a Fellow of the American Association for the Advancement of Science, and the Royal Society of Chemistry. He received the Berkeley Citation in 1999 and the Albert Nelson Marquis Lifetime Achievement Award by Marquis Who's Who in 2018.

John was a warm and supportive colleague. Please join with us in remembering this great scientific leader and friend.