Alexis T. Bell: A Career in Catalysis and University Administration at UC Berkeley 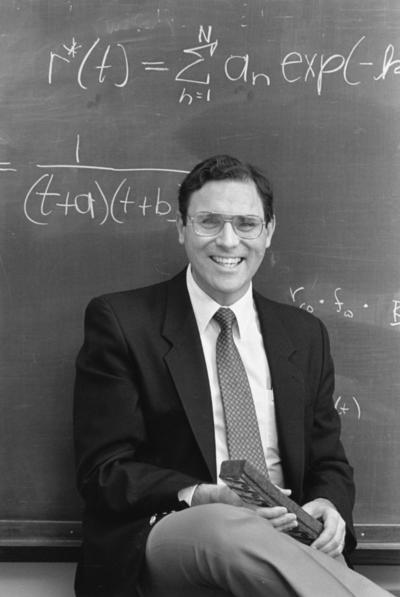 Alexis T. Bell is the Dow Professor of Sustainable Chemistry in the Department of Chemical and Biomolecular Engineering in UC Berkeley’s College of Chemistry. At Berkeley, Bell became an internationally recognized leader in heterogeneous catalysis and chemical-reaction engineering who helped pioneer the development and application of spectroscopic methods to elucidate catalytic processes, as well as the application of experimental methods in combination with theoretical methods. Bell’s extensive oral history—recorded over fifteen hours in seven different interview sessions—produced a 423-page transcript with appendices that feature family photographs and historic documents from Bell’s career.

Along with thorough coverage of his scientific research, Bell shared fascinating stories about his family’s Russian ancestry, including both his parent’s separately fleeing the Soviet Revolution to ultimately meet and settle in New York City, as well as discussions on writing shared with Bell’s uncle, the Russian-born French novelist Henri Troyat. Bell’s early interview sessions also recount his education at the Massachusetts Institute of Technology (MIT) in the early-to-mid-1960s, along with the historic evolution of chemical engineering as an academic discipline. In rich detail over several interview sessions, Bell discussed his collaborations and scientific research in four thematic areas: reaction engineering of plasma processes; heterogeneous catalysis research on new materials and energy resources; multi-technique catalysis studies in structure-property relations; and applications of theory to catalysis. Bell then shared his extensive administrative career at UC Berkeley, which included twice chairing his own department, serving as dean of the College of Chemistry, as well as chairing various committees in UC Berkeley’s Academic Senate. In his final interview session, Alex—as he is known to friends and colleagues—discussed his personal life as a father and a husband.

Alexis T. Bell was born on October 16, 1942 in New York City as the only child to immigrant parents who taught Bell to speak and read Russian fluently—a skill that, as noted below, later helped launch his now-storied career in catalysis. Bell grew up in midtown Manhattan and attended McBurney School, where Bell further fostered a burgeoning interest in science. He then studied chemical engineering at MIT, earning his bachelor’s degree in 1964 and his PhD in 1967. Just prior to completing his dissertation, on a chance visit to UC Berkeley during a cross-country road trip, Bell introduced himself to faculty in what was then simply called the Department of Chemical Engineering. Soon thereafter, in 1967, he accepted their offer to join the faculty where he has remained his entire career. In 1975, Bell became—and remains—a Principal Investigator in the Chemical Sciences Division at Lawrence Berkeley National Laboratory. He has since been elected as a member of the National Academy of Engineering and the National Academy of Sciences in the United States. And his collaborations in catalysis with Russian (then Soviet) scientists starting in 1974 and with Chinese scientists beginning in 1982 eventually earned his selection by the Chinese Academy of Science as an Einstein Professor and his award as an Honorary Professor of the Siberian Branch of the Russian Academy of Sciences.

An important through-line in Bell’s oral history is how it provides human context to the significant scientific contributions he has made, particularly Bell’s steady progress to produce an exquisitely detailed understanding of how complex chemical reactions occurring on the surface of heterogeneous catalysts proceed and are related to the composition and structure of that catalyst. Throughout his oral history, Bell discussed not only his technological innovations and experimental observations, but also his social networks of collaboration and the ways in which funding shaped both the content and processes of his knowledge production. For instance, Bell’s application in the early 1990s of experimental methods in combination with theoretical methods is now used by virtually all practitioners of catalysis science today; and here, Bell discusses with whom and how that work evolved. Additionally, Bell explains how various funding streams—like public research monies from the U.S. Department of Energy versus corporate research funding from BP (British Petroleum)—differently catalyzed the kinds of questions he could ask and the ways he could pursue scientific answers. As Bell explained, “I’ve learned—and I’m sure many other people who have done science and engineering have learned—that scientific activities don’t tell you what questions to ask. They give you answers, or partial answers, but the questions to ask are part of the human process.” Similarly, Bell’s discussion of his career in University administration while maintaining an active research program outlines how internal and external dynamics, as well as human and non-human forces, all shape the academic work and social evolution of UC Berkeley itself.

At Berkeley, Bell has now dedicated over half a century to developing the discipline of chemical engineering, especially the field of catalysis, often in pursuit of increased sustainability. When asked about remaining at UC Berkeley throughout his career, Bell replied: “There has never been a place that was so attractive to me that I wanted to leave Berkeley. I’ve told many people that, you know, Berkeley is not perfect, by far. … But what remains constant are the people—the quality of the people. And that’s what brought me out here to begin with; that’s what’s kept me here; and that’s what will keep me here. I really feel very privileged to be a part of the faculty here. I tell everybody that being a full professor at Berkeley is the best you can do in the academic world. And the kinds of students we attract, the kinds of visitors we have, the fact that you’re, so to speak, at the belly button of the world—everybody wants to come to Berkeley and visit and see you and talk to you. You’re constantly engaged intellectually.” 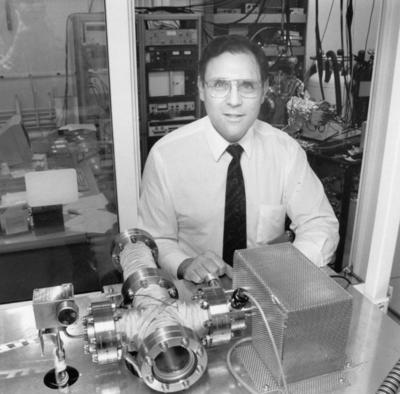 Alexis T. Bell in his UC Berkeley laboratory with a mass spectrometer he built for studying plasmas, circa 1980. (photo by Dennis Galloway)

In his oral history, Bell also shared the interesting story of how and why he first began catalysis research in the early 1970s—a story that further reveals the “human process” and the social contexts of his science. Today, Bell is a world-renowned expert in heterogeneous catalysis. But when he first joined Berkeley’s faculty in 1967, his initial research focused on plasma chemistry, not catalysis. As a new faculty specialist in plasma chemistry, Bell received mentorship from elder chemical engineering faculty like Charles Tobias and Gene Petersen. In the early 1970s, Petersen approached Bell with an opportunity to use some additional research funding left over from an early Environmental Protection Agency (EPA) grant. The only catch with the funding was the research must be done on catalysis. Not wanting to turn down money for research, Bell recalled asking, “‘What do I know about catalysis?’ Well, virtually nothing. Never worked in the area. But I had, as a graduate student, done these translations of papers from Russian to English for Bill Koch.”

Earlier, in the mid-1960s, Bell and William Koch (the brother of those other well-known Koch brothers) were both graduate students in chemical engineering at MIT. William Koch asked Bell to translate from Russian a few Ukrainian Chemistry Journal articles on catalysis. Bell did so as a favor, and Koch went to work on re-creating those Ukrainian experiments. But as Bell recalled, Koch “could never get the reactors to stop from blowing up, because he would use explosive mixtures.” Nearly a decade later, Bell dug up copies of his translations and decided to build upon them for his first foyer into catalysis research. With the remaining EPA funding from Gene Petersen’s grant, Bell purchased a new infrared spectrometer and promptly began creative in-situ catalytic research with a graduate student named Ed Force. According the Bell, Force “had been an undergraduate here at Berkeley, left to work for Chevron several years, and then came back, which is unusual for one of our undergraduates to come back. He was, in fact, older than I was.” Together, Bell and his elder grad-student Force completed new research on ethylene epoxidation, which they then published in 1975 in the prominent Journal of Catalysis.

In the mid-1970s, Bell and Force’s catalysis research garnered attention from established leaders in the field. Gábor Somorjai, a specialist in surface science and catalysis in Berkeley’s Department of Chemistry, read Bell’s publications and soon initiated a cross-departmental collaboration with Bell that lasted many fruitful years. Bell’s initial catalysis publications also caught the eye of Wolfgang Sachtler, an internationally prominent chemical engineer who then headed catalysis research for Shell Oil Corporation in Amsterdam. Bell remembered how, in his own incipient catalysis research, “We were able to show that you could get selectivities above the theoretical one predicted by Wolfgang Sachtler.” So, when Sachtler came to Berkeley to visit Gábor Somorjai, Sachtler insisted on meeting Bell. Their meeting highlighted some of Bell’s core attributes: he remains a consummate professional, calmly confident and in full command of his intellectual abilities and achievements, even under pressure. 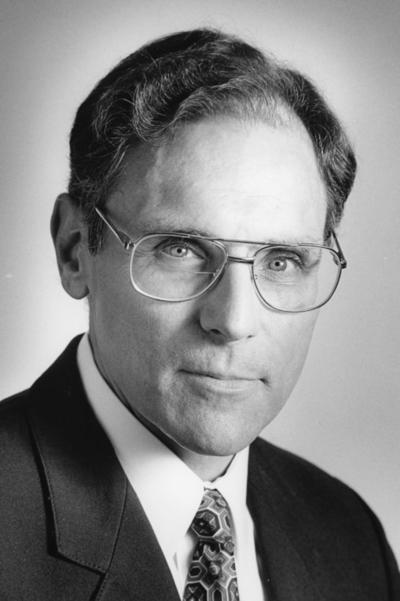 As Bell remembered it, “Wolfgang came to my office and started immediately challenging me on my interpretation of the data, and that you could get to these high selectivities.” For over an hour before lunch and throughout an awkward meal with other Berkeley colleagues, Sachtler interrogated Bell. “It was unnerving to be challenged,” Bell explained, “but I felt that I understood what we had done well enough that I wasn’t going to just cave in to authority. Why should I do that? So, I stood my ground, in a professional way, which didn’t please him.” Soon thereafter, Bell received and accepted an invitation to visit Sachtler’s lab in Amsterdam where, again, he received further cross-examination by Sachtler and, this time, several Shell Oil researchers. “I got a grilling in their home office, and again stood my ground,” Bell recalled. History proved Bell correct: subsequent research at Union Carbide showed the selectivity could increase from 67 percent—then was considered the theoretical limit—to beyond 90 percent. So, what lesson did Bell take from his initial foyer into catalysis research and these interrogations from Sachtler? Bell shared, “I took from it that if I’m going to stick my neck out, I’m going to get it whacked. But I have a thick neck.”

From his own telling, Bell’s now-celebrated career in catalysis began with an amalgam of interpersonal connections, generosity from fellow faculty, achievement with an excellent student, and influential publications that signaled new opportunities for the field. Stories like this throughout Bell’s oral history offer insight not only into the material and observable realms of science, but the social and “human process” of science as well.

It is with great pleasure that we now publish Alexis T. Bell’s extensive oral history. Many thanks to the Department of Chemical and Biomolecular Engineering—particularly current department chair Jeffery A. Reimer and former department chair and prior Provost and Senior Vice-President of the UC system Jud King—for their vision and generosity in securing funding for this important interview with their colleague. And special thanks to Alex Bell for his dedication to this project and for sharing wonderful memories of his life and his career at UC Berkeley.

“Alexis T. Bell: A Career in Catalysis and University Administration at UC Berkeley,” conducted by Roger Eardley-Pryor in 2018 and 2019, Oral History Center, The Bancroft Library, University of California, Berkeley, 2020.