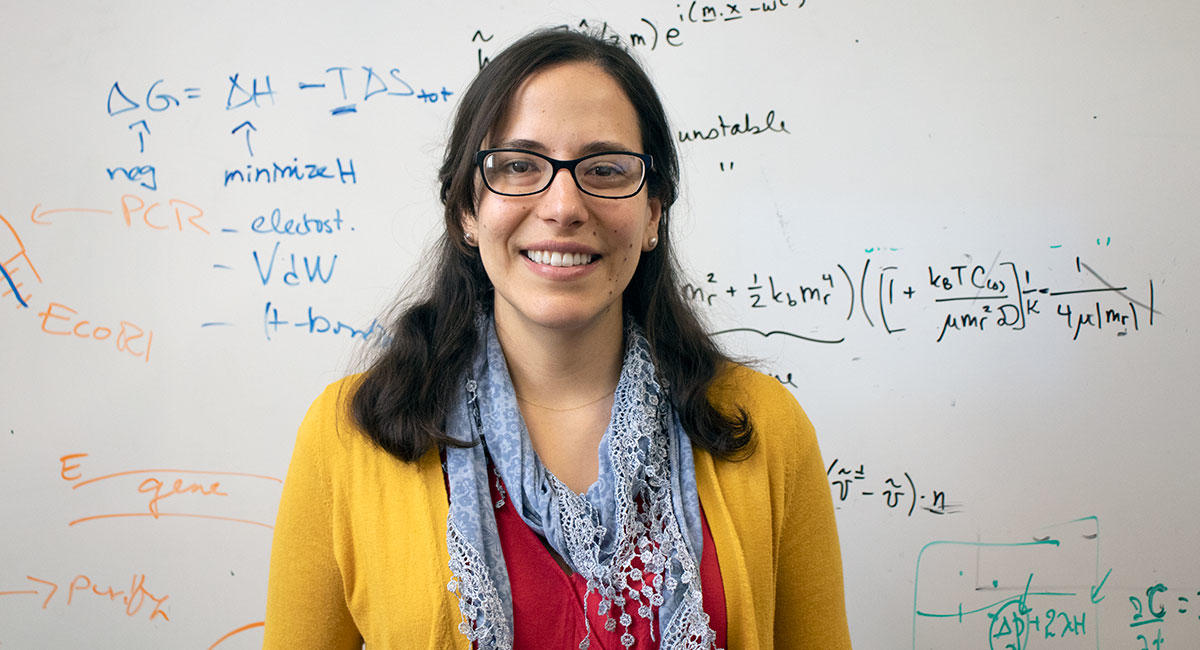 The Board of Directors of The McKnight Endowment Fund for Neuroscience has announced the selection six neuroscientists to receive the 2022 McKnight Scholar Award including Markita Landry, Assistant Professor of Chemical and Biomolecular Engineering at UC Berkeley.

The McKnight Scholar Awards are granted to young scientists who are in the early stages of establishing their own independent laboratories and research careers and who have demonstrated a commitment to neuroscience. “This year’s Scholars exemplify the creativity and technical sophistication of today’s leading young neuroscientists from across the country,” said Richard Mooney, Ph.D., chair of the awards committee and George Barth Geller Professor of Neurobiology at the Duke University School of Medicine.

“Leveraging approaches from structural biology, optics, genetics, physiology, computation and behavior, the Scholars seek to gain insights into topics ranging from the biophysics of neuronal signaling to the large-scale structure of neuronal circuits, and to elucidate the neuronal basis of decision making, sensory processing and flight,” Mooney said. “On behalf of the entire committee, I congratulate all of the applicants on their impressive efforts at the leading edge of neuroscience research.”

Illuminating Oxytocin Signaling in the Brain with Near-Infrared Fluorescent Nanosensors

Chemical imbalances in the brain are believed to be associated with a wide range of neurological disorders in humans, but it is currently impossible to see what chemicals are present in a brain with cellular precision. In her research, Dr. Landry seeks to create a nanosensor that can detect oxytocin, one of a class of neuropeptides believed to have a role in modulating mood and behavior, and so enable research that can help confirm the role of neuropeptides in day to day life, and more precisely diagnose neurochemical imbalances that can lead to mental health ailments.

Dr. Landry’s work involves the creation of “optical probes” – miniscule carbon nanotubes with a peptide bound to the surface that will fluoresce in near-infrared light when in the presence of oxytocin. This fluorescence can be detected with high precision on a millisecond timescale, letting researchers see exactly where and when it is present in a brain, and so identify under what conditions oxytocin release might be impaired (and thus treatable) in mood, behavior, and social disorders. Dr. Landry has created similar probes for serotonin and dopamine, but creating a new probe for oxytocin will not only allow research into its effects on the brain, but for a whole class of neuropeptides like it.

Importantly, these nanotubes can be introduced into brain tissue externally; the fluorescence is not the result of genetic encoding, so it can be used on animals that have not been modified. Because they emit near-infrared light, it is possible that the light can be detected through the cranium, which would enable minimal disturbance to the subjects. In Dr. Landry’s experiment, the development of the nanosensors and detectors will be validated by in vitro testing using brain slices, and finally applied in vivo, at which point it will be determined if through-skull imaging is possible. With these sensors as a tool, Dr. Landry hopes to help improve diagnosis of neurological disorders and so destigmatize and improve treatment of many such condition

About the McKnight Award