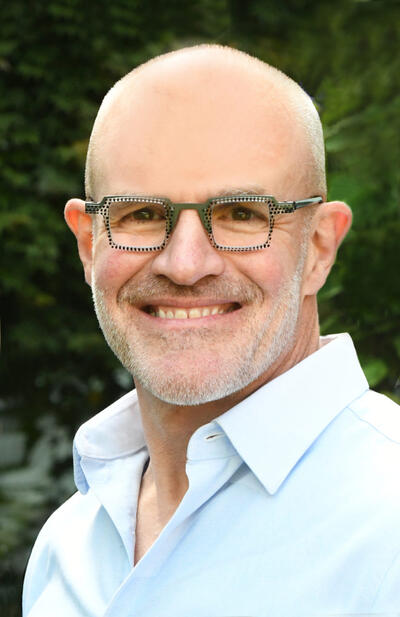 Jay Keasling, a senior faculty scientist at Lawrence Berkeley National Laboratory (Berkeley Lab), professor at UC Berkeley, and CEO of the Joint BioEnergy Institute (JBEI), has been named a Distinguished Scientist Fellow by the U.S. Department of Energy’s Office of Science.

He and the other recipients – Gregory W. Hammett of Princeton Plasma Physics Laboratory and L. Ruby Leung of Pacific Northwest National Laboratory – will be celebrated at a virtual ceremony on October 20.

This award, now in its third year, recognizes research relevant to Office of Science programs, and in particular, scientific leadership and engagement with the academic and research communities, significant mentoring of early-career scientists or engineers, the quality of publications in high-impact journals, and service to the research community.

Keasling was recognized for his “national scientific leadership in synthetic biology that has advanced DOE’s strategy in renewable energy, especially the realization of biofuels and bioproducts that enable biomanufacturing at scale and inspire and grow the U.S. bioeconomy,” according to the Office of Science award citation.

“Jay has been a pioneer in demonstrating the capability of synthetic biology to address grand challenges,” said Berkeley Lab Director Mike Witherell. “This well-earned award will help him start an exciting new project with promise for improving human health and the health of our planet.”

Keasling’s lab, an interdisciplinary team of scientists from Berkeley Lab and UC Berkeley, focuses on engineering microbes to produce chemicals and fuels that are conventionally made from petroleum. He and his team also develop microbe-based manufacturing methods for drugs and natural products that would otherwise be impossible to produce at large scale, such as the antimalarial drug artemisinin. In the early 2000s, Keasling led the team that discovered how to insert the genes for making artemisinin – naturally made by the sweet wormwood plant, Artemisia annua, but only in small quantities – into common brewer’s yeast, an easy-to-grow and prolific microbe. This achievement was the first big success story of the synthetic biology field.

Currently, Keasling is involved in multiple projects based at JBEI (a DOE Bioenergy Research Center led by Berkeley Lab) that are aimed at transforming non-food plant waste from agriculture and forest management into liquid biofuels. “The research we will be performing under this award will develop enzymes that can be used to convert cellulosic biomass into new types of carbon-neutral fuels, particularly for airplanes and even rockets,” said Keasling. “When these biofuels are burned in engines, they will not add new carbon to the atmosphere but rather return atmospheric carbon that was stored in plants – completing a net zero carbon cycle.”

As part of the Office of Science award, Keasling will receive $1 million distributed over three years to support his research. Keasling plans to use the funding to develop a platform for engineering polyketide synthases (PKSs): enzyme machines that build polyketide molecules in bacteria, fungi, and plants. Polyketides themselves have many medical applications, but Keasling and his colleagues hope to learn how to alter the enzymes so they can custom build valuable molecules – such as fit-for-purpose sustainable aviation fuels and infinitely recyclable polymers that could serve as alternatives to conventional plastics – from sugars and other intermediates that have been liberated from non-food plants.

Keasling laid out the process of how he and his team will use the computing resources at Berkeley Lab to design these large, multi-functional enzymes. Once they have designed and constructed the enzymes using the high-throughput liquid-handling robots at JBEI, they will use the structure solving resources to examine the molecules at the atomic level, which will help them study the enzymes’ function in detail and improve future designs. “Since these enzymes can be redesigned to produce theoretically millions of different chemicals, this work should greatly expand the numbers and types of chemicals that can be biomanufactured from renewable resources,” said Keasling.

Keasling received his Ph.D. in chemical engineering from the University of Michigan and conducted postdoctoral research in biochemistry at Stanford University. He is currently the Philomathia Distinguished Professor of Alternative Energy at UC Berkeley, in the Department of Bioengineering and the Department of Chemical and Biomolecular Engineering. He is a member of the National Academy of Engineering, the National Academy of Inventors, and the American Academy of Arts and Sciences. Keasling has published over 500 papers in peer-reviewed journals, holds 65 issued patents, and has won numerous awards. He is the founder of Amyris, LS9, Lygos, Napigen, Demetrix, Maple Bio, Apertor Pharma, and Zero Acre Farms.

In addition to his entrepreneurial endeavors, Keasling also supports numerous internship and training programs based at JBEI, wherein high school and college students gain first-hand experience in biotech laboratory work and are mentored by established scientists.