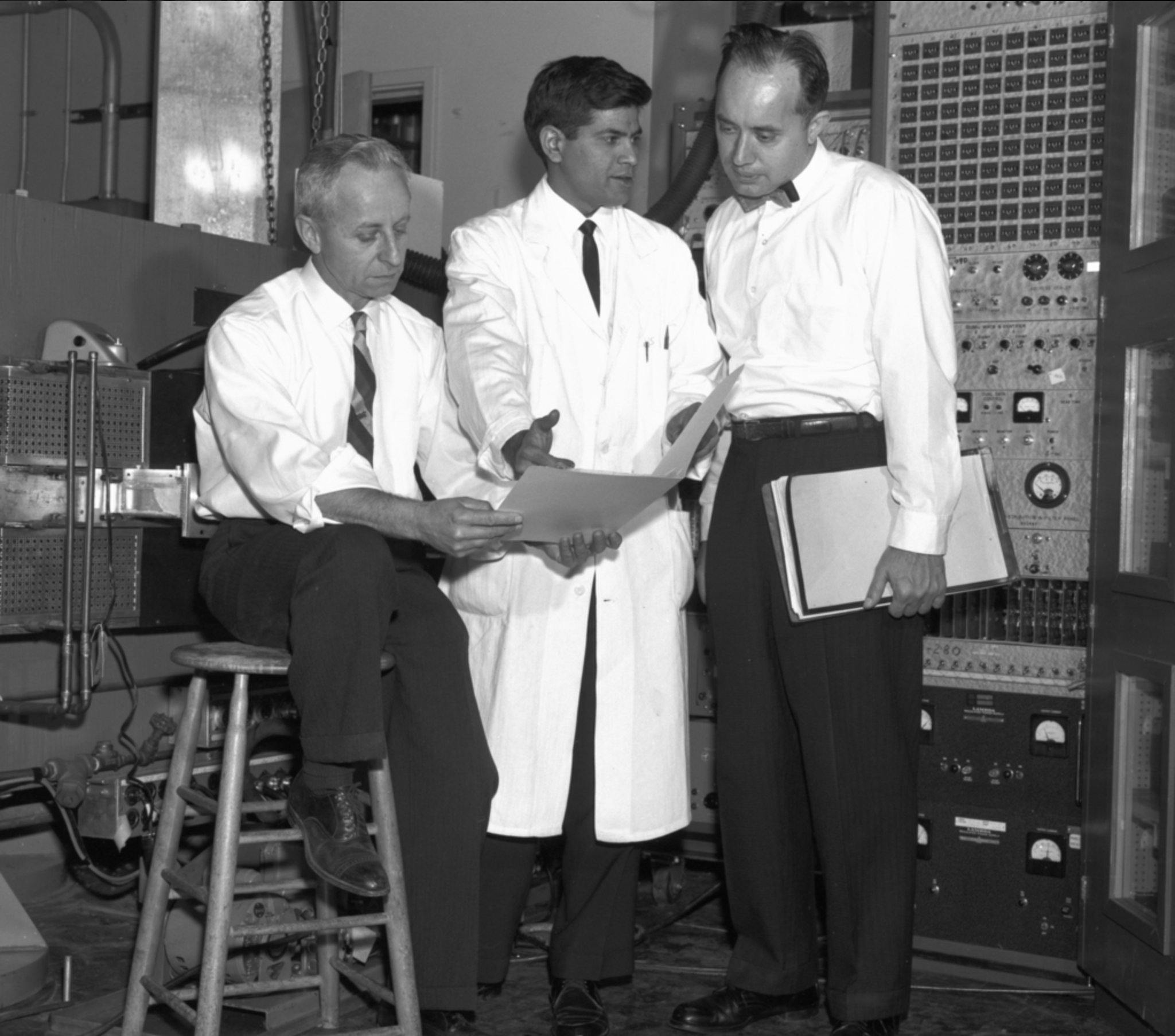 Isadore Perlman died quietly in his sleep at about 10 a.m., August 3, 1991, at the John Douglas French Center for Alzheimer's and Related Diseases in Los Alamitos near Long Beach, California.

He was born in Milwaukee, Wisconsin, on April 12, 1915. His early life was marked by many changes, and these may have developed his capability to adjust to new concepts, facilitating the outstanding scientific contributions he made in later years to so many different disciplines. When he was very young the family moved to Minnesota and then moved again in 1930 to South Gate in Southern California. Perlman began undergraduate work at UCLA, transferred to UC Berkeley in 1934 for his junior and senior years and obtained a bachelor's degree in chemistry in 1936. He met Lee Grinblat in 1937; they married the same year and subsequently had three daughters, Judy, Alice and Paula, who all survive him.

In 1937 Perlman became interested in the use of radioactive tracers in physiology and began graduate studies under Israel L. Chaikoff at Berkeley. While a graduate student he was awarded a Rosenberg Fellowship, and, after obtaining the Ph.D. in physiology (1940), continued research with the aid of an Upjohn Fellowship. From 1937 to 1943 he published 19 papers in this field that demonstrated the usefulness of radioactive tracers of phosphorus, bromine and iodine to physiology.

Perlman first met Glenn T. Seaborg at UCLA in the fall of 1933, and this contact continued in Berkeley. In January 1942, immediately after the United States entered World War II, Perlman joined Seaborg's research group, which was investigating the development of chemical methods for the separation of plutonium from uranium and fission products. The Plutonium Project was very successful, and between 1942 and 1945 Perlman was deputy director of the Plutonium Chemistry Section in Chicago, then director of the Plutonium Chemistry Section at the pilot plant in Oak Ridge, Tennessee, and finally served in a key role in the production plant at Hanford, Washington.

Immediately after the war Perlman returned to Berkeley, first as an Associate Professor and then a full Professor (1949) of Chemistry, thus beginning a third career. He helped direct the newly established Nuclear Chemistry Division in the Radiation Laboratory (now the Lawrence Berkeley Laboratory), where the research on transuranium nuclides led to the synthesis and identification of 10 new elements. He and his student Louis B. Werner were the first to isolate a compound of curium in macroscopic quantity.

In 1947 he began publishing experimental and theoretical papers on alpha decay and was considered a world leader in this field for the next 20 years. The Bohr-Mottelson collective model and the later S.G. Nilsson unified model of the nucleus owed much to Perlman's experimental research program.

In the next two decades Perlman concentrated on the alpha decay process, nuclear energy level studies, and the identification of new isotopes. He worked with Stanley G. Thompson and Frank Asaro, for example, on nuclear structure, Frank S. Stephens on odd parity rotational states, Richard M. Diamond and Frank S. Stephens on multiple coulomb excitation, Albert Ghiorso, John O. Rasmussen and Frank Asaro on alpha-decay systematics, and Glenn T. Seaborg, Jack M. Hollander, Donald Strominger and C.M. Lederer on compilations of tables of isotopes. He published two books with Earl K. Hyde and Glenn T. Seaborg on The Nuclear Properties of the Heavy Elements. Between 1943 and 1975 Perlman and his collaborators, including 40 graduate students, published 92 papers in the nuclear field, with 58 in the Physical Review. Perlman was always a great friend to those starting their research careers.

In 1952 Perlman received the California Section Award of the American Chemical Society and was a Guggenheim Fellow in 1955 and 1963. In 1957 he served as Chairman of the Department of Chemistry at UC Berkeley and in 1958 became head of the Nuclear Chemistry Division and an Associate Director of the Lawrence Radiation Laboratory. Perlman received the Ernest O. Lawrence Award from the Atomic Energy Commission in 1960. He was a member of the National Academy of Sciences, the American Academy of Arts and Sciences and the Danish Royal Academy.

In 1967, Perlman became interested in a completely new field, the determination of the origin of ancient pottery by elemental analysis of the pottery fabric. His group developed new measurement techniques for neutron activation analysis and new methodologies for interpreting the data. These led to fundamental changes in archaeological concepts, particularly in the Eastern Mediterranean, and were also important to geological studies. Perlman's work infused new vigor and standards of excellence in the field of neutron activation analysis, and laboratories based on procedures developed by Perlman and his colleagues were founded in France, Israel, and Germany. In this, his fourth career, he published with his students and co-workers over 25 papers relevant to archaeology and two significant to geology.

Perlman “retired” from the University of California at Berkeley and the Lawrence Berkeley Laboratory in 1973 and obtained a dual professorship in archaeology and chemistry at the Hebrew University of Jerusalem. There with Joseph Yellin he built a neutron activation analysis laboratory for studies of ancient pottery that soon became the most important facility in the world for this purpose.

He again “retired” in 1985, this time from the Hebrew University of Jerusalem, and returned to the Lawrence Berkeley Laboratory. There he helped Frank Asaro organize a program of measuring the abundance of the element iridium in thousands of rock samples to determine the relationship (according to the Alvarez concept) between massive extinctions of life on Earth in the past and the impact of large asteroids or comets.

At the Lawrence Berkeley Laboratory and the Hebrew University of Jerusalem as at UC Berkeley, Perlman was always a most conscientious teacher, and there were very strong bonds of affection between him and his students. His versatility, brilliance, quick wit, and unselfishness impressed all who knew him. 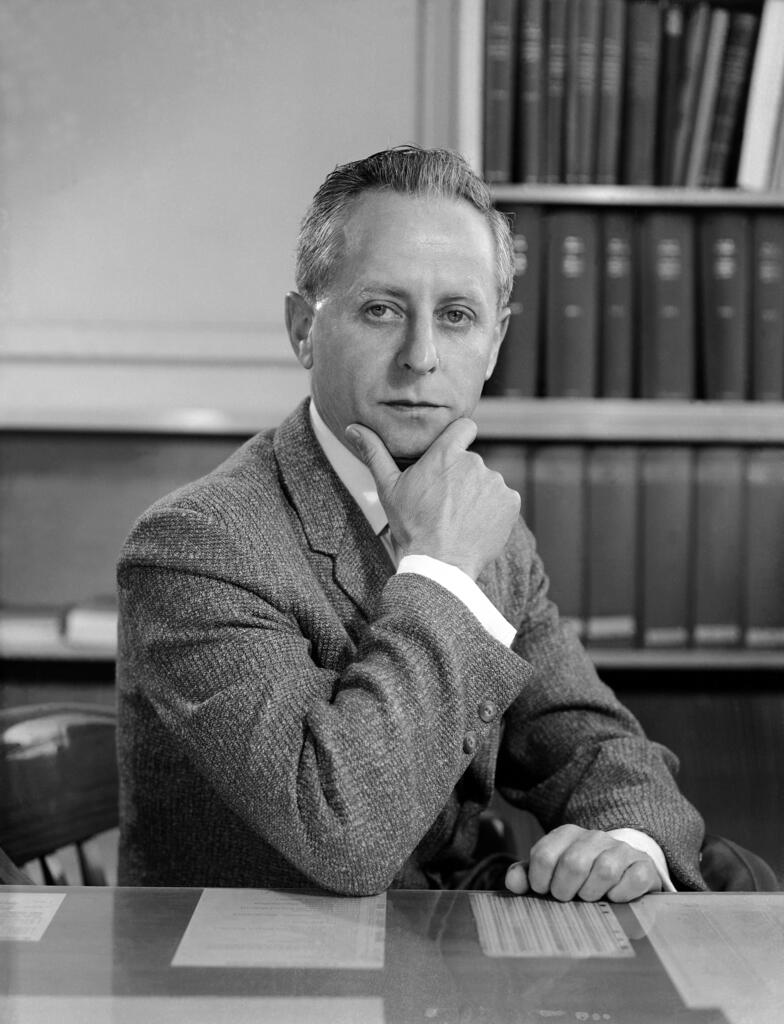 Bio of Isadore Perlman at the Atomic Heritage Foundation