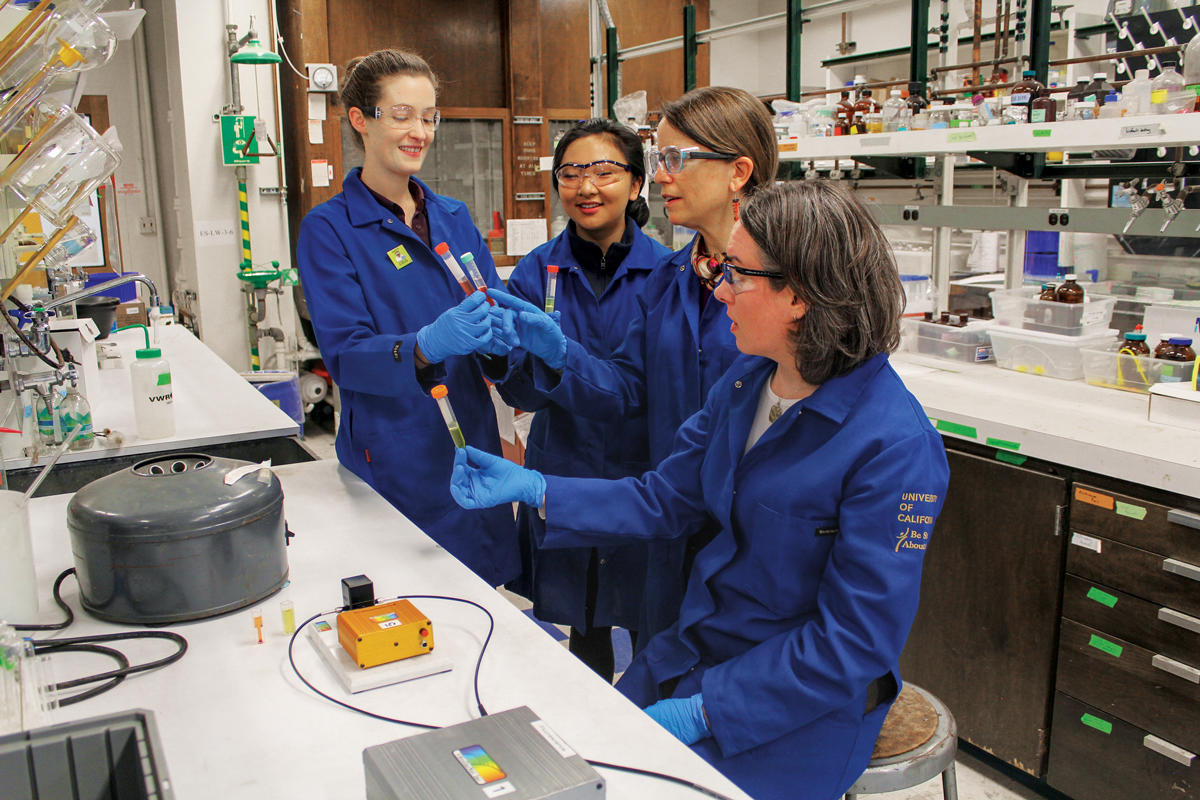 An injection of cash helped the University of California, Berkeley, reform its general chemistry lab instruction. Back in 2012, the College of Chemistry got a gift of money from the Dow Chemical Company Foundation. Most of the funds were used to completely renovate the teaching labs, adding new equipment and modern instrumentation. But, says Anne M. Baranger, UC Berkeley’s director of undergraduate chemistry, $1 million was earmarked for developing a new teaching curriculum to match the labs. And the focus was on sustainability.

The result, which has been up and running since fall 2016, is a general chemistry lab curriculum that focuses on green chemistry. Rather than waiting to introduce green chemistry later—for example, in more advanced organic chemistry classes—the revamped lab introduces the concepts of green chemistry earlier, integrating them into the experiments and tests that make up the laboratory for general chemistry for nonchemistry majors (Chem 1AL). At Berkeley, about 2,000 students a year take Chem 1AL. For many of those students, Chem 1AL might be the last bit of chemistry they are taught.

As Baranger points out, “Students themselves care a lot about the environment.” That is why, she says, the Berkeley team decided to use green chemistry as a framework.

“The idea was that we would kind of impact all of these students and give them some things that they could bring with them as they moved on in their careers,” Baranger says. Even if they don’t become chemists or do anything with science, she hopes her students will still have “that kind of understanding and knowledge [of green chemistry] that could be really helpful as citizens.”

But of course, the curriculum still needed to deliver the college’s general chemistry learning goals. So Chem 1AL is a modular system, and different modules in the course have different amounts of green chemistry content.

Baranger and her team have arranged the modules around themes or topics and designed 30 new experiments that introduce students to green chemistry concepts and applications. Baranger says the approach also helps add continuity to the new curriculum by adding overall context to frame things that change from week to week, so that there is more continuity.

Chemistry undergraduates helped with the redesign, developing and optimizing the experiments in the course. Nearly every new experiment was designed to use fewer hazardous chemicals, produce less waste or only nontoxic waste, and use renewable resources whenever possible, Baranger says.

The greatest amount of green chemistry content is found in the 3-week biofuels module. During the first week of this module, the students make standard dilutions of several biofuels and prepare a simple assay to quantify the ecotoxicity of each of the fuels. In the second week, students synthesize biodiesel from soybean oil, isolate their samples, and determine the heat of combustion of their synthesized biodiesel. At the end, the students compare biodiesel and one other biofuel to make an argument for the best alternative transportation fuel.

“It’s a really interesting way to help people think less black and white, which is really important in any area of chemistry or science,” Baranger says.

Read more about the curriculum development for this project here: ACS Publications,"Developing a Green Chemistry Focused General Chemistry Laboratory Curriculum: What Do Students Understand and Value about Green Chemistry?"