Protein-like moleculescalled “polypeptoids” (or “peptoids,” for short) have great promise as precision building blocks for creating a variety of designer nanomaterials, like flexible nanosheets – ultrathin, atomic-scale 2D materials. They could advance a number of applications – such as synthetic, disease-specific antibodies and self-repairing membranes or tissue – at a low cost.

To understand how to make these applications a reality, however, scientists need a way to zoom in on a peptoid’s atomic structure. In the field of materials science, researchers typically use electron microscopes to reach atomic resolution, but soft materials like peptoids would disintegrate under the harsh glare of an electron beam.

Now, scientists at the U.S. Department of Energy’s Lawrence Berkeley National Laboratory (Berkeley Lab) have adapted a technique that enlists the power of electrons to visualize a soft material’s atomic structure while keeping it intact. 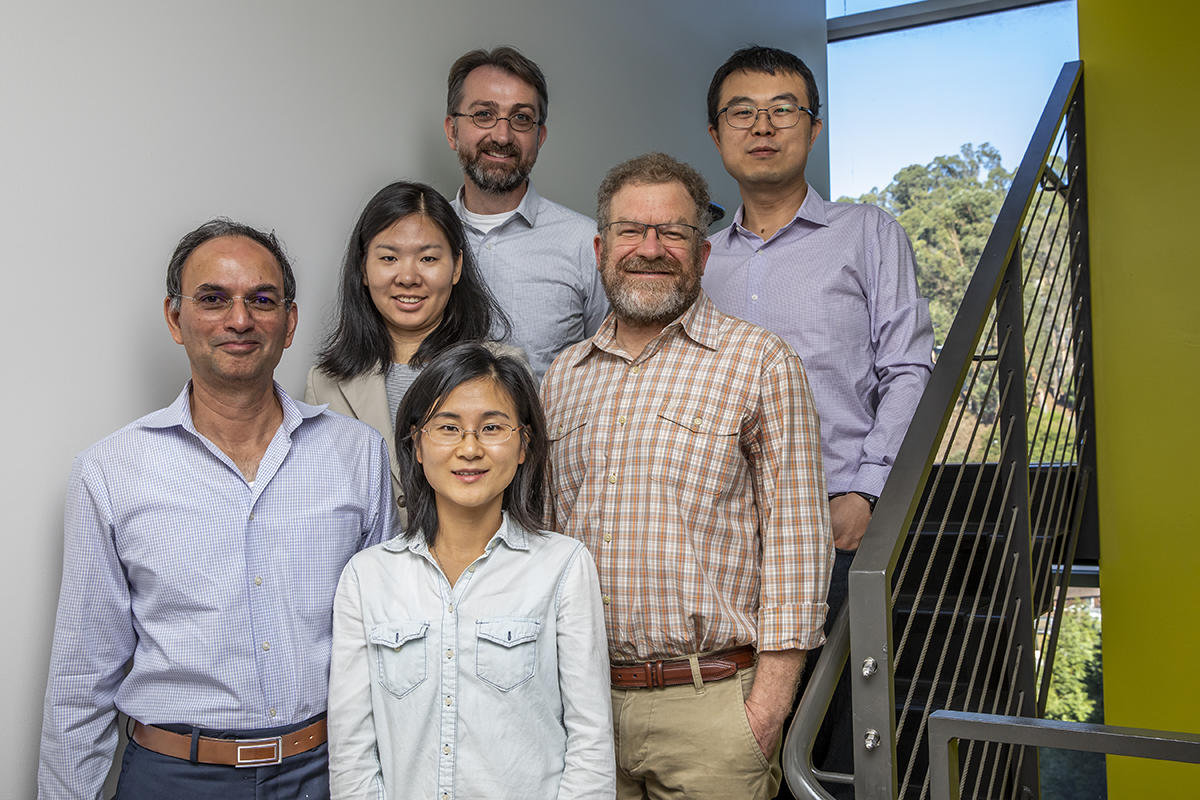 Their study, published in the journal Proceedings of the National Academy of Sciences,  demonstrates for the first time how cryo-EM (cryogenic electron microscopy), a Nobel Prize-winning technique originally designed to image proteins in solution, can be used to image atomic changes in a synthetic soft material. Their findings have implications for the synthesis of 2D materials for a wide variety of applications.

“All materials we touch function because of the way atoms are arranged in the material. But we don’t have that knowledge for peptoids because unlike proteins, the atomic structure of many soft synthetic materials is messy and hard to predict,” said Nitash Balsara, a senior faculty scientist in Berkeley Lab’s Materials Sciences Division, and professor of chemical engineering at UC Berkeley, who co-led the study. “And if you don’t know where the atoms are, you’re flying blind. Our use of cryo-EM for the imaging of peptoids will set a clear path for the design and synthesis of soft materials at the atomic scale.”

Read the full article at LBL.