The American Cancer Society will bestow its highest honor – the Medal of Honor – to five individuals during a celebration ceremony at the Ronald Reagan International Trade Center on Oct. 18 in Washington DC. The Medal of Honor is awarded to distinguished individuals who have made valuable contributions in the fight against cancer through basic research, clinical research, and cancer control.

"It's truly an honor to celebrate these notable individuals for their dedication and lifetime achievements to significantly impact the fight against cancer," said Gary M. Reedy, chief executive officer of the American Cancer Society. "These individuals hold our highest admiration and respect for their contribution in leading the fight for a world without cancer."

Originally called the American Cancer Society Award, the Medal of Honor was first presented in 1949 to Bowman C. Crowell, MD, who had recently retired as director of the American College of Surgeons in Chicago, Illinois, and was honored for his efforts to improve the standards of cancer clinics. Candidates for the Medal of Honor are nominated nationwide by individuals interested in helping to save more lives from cancer. A special awards workgroup selects winners and shares recommendations with the American Cancer Society Board of Directors.

Vice President Joe Biden headed the White House Cancer Moonshot Task Force, and launched a nonprofit called the Biden Cancer Initiative. As the 47th Vice President of the United States, Biden led the White House Cancer Moonshot, which resulted in more than 80 new actions and collaborations from the public and private sectors to speed progress in cancer prevention, diagnosis, treatment, and care, and worked with Congress to authorize an additional $1.8 billion for investment in cancer research. As Co-Chair of the Biden Cancer Initiative, Vice President Biden has continued to lead a national movement to convene leaders and bring a sense of urgency to the cancer fight to develop and drive implementation of solutions to accelerate progress in cancer prevention, detection, diagnosis, research, and care, and to reduce disparities in cancer outcomes.

Emmanuelle Charpentier is a Professor and researcher in microbiology, genetics, and biochemistry. Since 2015 she has been director of the Max Planck Institute for Infection Biology in Berlin. Charpentier is best known for her role in deciphering the molecular mechanisms of the bacterial CRISPR/Cas9 system and repurposing it into a tool for genome editing. This tool has revolutionized the speed and power of genetic-based cancer research models and allowed new questions at the heart of certain cancers to be addressed. Dr. Charpentier is recognized as a world-leading expert in regulatory mechanisms underlying processes of infection and immunity in bacterial pathogens. As a result, this field of research is now developing rapidly with huge potential for further advancement of therapeutic tools to treat forms of cancer that have been resistant to treatment via other methods (e.g., tumor suppressor mutations). 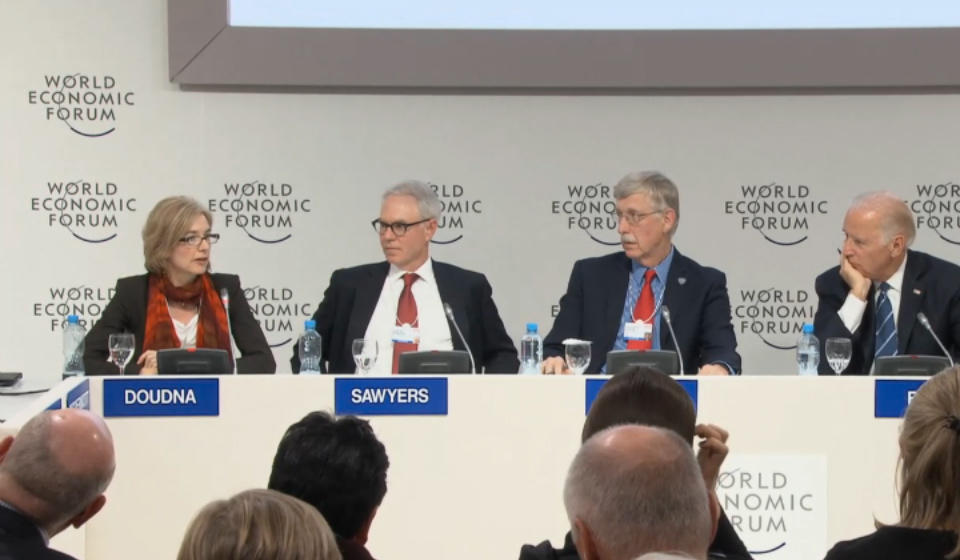 Jennifer Doudna is a Professor of chemistry at the Department of Chemistry and Chemical Engineering, and Professor of Biochemistry and Molecular Biology at the Department of Molecular and Cell Biology at the University of California, Berkeley. She has been an investigator with the Howard Hughes Medical Institute (HHMI) since 1997. She directs the Innovative Genomics Institute, a joint UC Berkeley-UC San Francisco center, and has been a leading figure in what is referred to as the "CRISPR revolution" for her fundamental work and leadership in developing CRISPR-mediated genome editing. This highly significant genome editing tool has been critical to cancer research and holds vast potential as a therapeutic tool to treat forms of cancer that have been resistant to treatment.

Dr. Charis Eng is the Chair and founding Director of the Genomic Medicine Institute of the Cleveland Clinic, founding Director and attending clinical cancer geneticist of the institute's clinical component, the Center for Personalized Genetic Healthcare, and Professor and Vice Chairman of the Department of Genetics at Case Western Reserve University School of Medicine. She was honored with an American Cancer Society Clinical Research Professorship in 2009. More recently, she was elected to the National Academy of Medicine of the U.S. National Academies of Sciences for her achievements and leadership in genetics- and genomics-based research and personalized healthcare. As a leader in personalized care, she has translated genomic and cellular analysis to clinical practice. Her work has set a standard for the study of hereditary predisposition and its role in cancer. Early in her career, Dr. Eng published seminal work connecting different mutations in the RET gene to different manifestations of multiple endocrine neoplasia (type 2). Her famous discovery of the connection between mutations in the PTEN tumor suppressor gene and Cowden's Syndrome led to important contributions in the biochemical and cell biological activities of this critical tumor suppressor. This also led her to studies of many types of cancer including breast cancer, and to studies of hereditary predisposition. Dr. Eng's research demonstrated that mutations in PTEN coupled with mutations in SDHx (succinate dehydrogenase) increase the risk for development of breast cancer. She is now working to better understand how that might occur at a biochemical and cellular level. More recently, her laboratory has discovered another potential tumor suppressor gene, KLLN, which also seems to increase risk for development of breast cancer through perturbation of the cell cycle.

Dr. Michael J. Thun, former vice president of epidemiology and surveillance research at the American Cancer Society, is a world-renowned cancer epidemiologist whose studies across broad areas of cancer control research, from chemoprevention to tobacco and obesity, have helped shape public health policies against cancer. Early in his career, as an epidemic intelligence health officer and staff scientist for Centers for Disease Control and Prevention, Dr. Thun studied occupational and environmental exposures and established himself as a national expert on the health hazards of cadmium and uranium in factory workers. During Dr. Thun's tenure at the American Cancer Society from 1989 to 2012, his research focused on a wide range of topics, including tobacco, excess body weight, alcohol consumption, aspirin, and nonsteroidal anti-inflammatory drugs. Findings from this research have informed public health policies and shaped national cancer prevention and control guidelines and recommendations. In a 1991 seminal paper in the New England Journal of Medicine, Dr. Thun reported that regular aspirin use at low doses may reduce the risk of fatal colon cancer. This work was a catalyst for clinical trials evaluating the efficacy of aspirin for the chemoprevention of gastrointestinal cancers. Together, these efforts led to the 2016 United States Preventive Services Task Force's recommendation for routine use of low-dose aspirin for the primary prevention of colorectal cancer in adults 50-59 years at increased risk of cardiovascular disease.