The first U.S. trials in people put CRISPR to the test in 2019 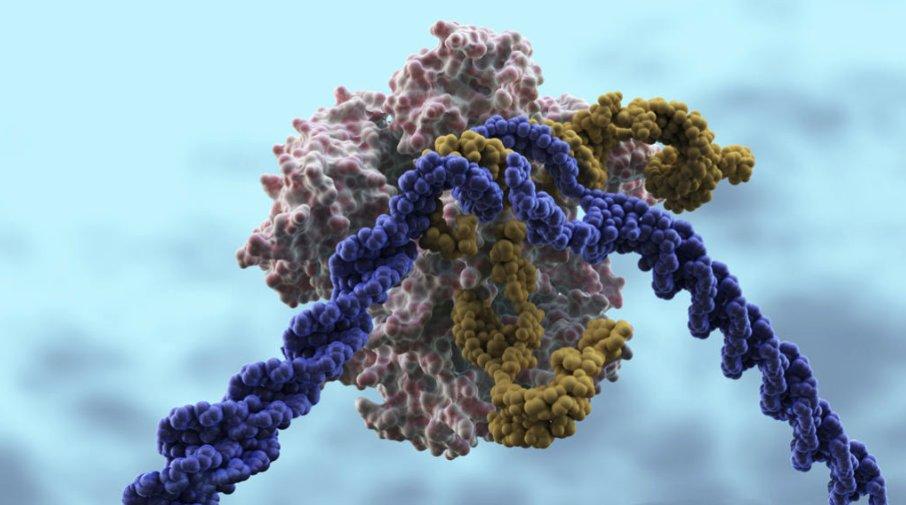 CRISPR/Cas9 is a gene-editing tool that many hope will correct genetic diseases. In this illustration, the Cas9 protein (pink) that cuts DNA is led to DNA (purple) by a CRISPR guide RNA (yellow). The gene editor is now being tested in people. Image: CRISPR Therapeutic

When it was unveiled in 2012, people had great hopes that the gene editor CRISPR/Cas9 could treat or even cure hundreds to thousands of genetic diseases. This year, researchers in the United States began testing the gene editor in people, a crucial first step in determining whether the technology can fulfill its medical promise.

These first clinical trials are testing CRISPR/Cas9’s safety and efficacy against cancer, blood disorders and one form of inherited blindness in people who already have the disease (SN: 8/31/19, p. 6). Many more such trials are expected to begin soon. Unlike the editing of human embryos that stirred up controversy in 2018 (SN: 12/22/18 & 1/5/19, p. 20), the genetic changes introduced in these trials would not be inherited by future generations.

CRISPR’s rise as a potential medical tool happened in remarkably short time, says Janelle Waack, an intellectual property attorney at the law firm Bass, Berry & Sims in Washington, D.C. She has been tracking the dramatic growth of CRISPR patent filings, including for health care, medical research, agriculture and chemical processing. “People are investing in the technology and think it has great commercial value,” she says.

These first tests in people are “bellwethers” of CRISPR’s future, Waack says. Patients will benefit only if companies continue to invest in the technology, and that investment may depend on whether these early clinical trials succeed.