Enrique Iglesia appointed to the Royal Academy of Sciences 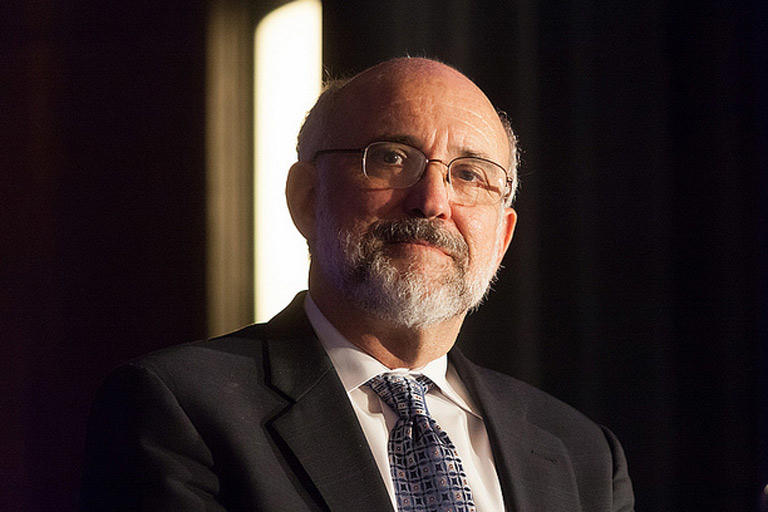 The College of Chemistry is pleased to announce that Enrique Iglesia, Theodore Vermeulen Professor in Chemical Engineering, and been appointed as a Foreign Academic member of the Real Academia de Ciencias of Spain (Academy), during a meeting in Plenary Session in June.

The Academy was established in 1847 in Madrid to promote the study and research of mathematical, physical, chemical, geological and biological sciences and their applications. The Academy, among its many functions, advises the Government of Spain on matters of scientific policy that may have significance in the scientific and technological development of the country. Similarly, the Academy assumes other tasks, such as organizing meetings and seminars, publishing its journal and scientific memoirs, as well as other types of reports or studies, along with the setting and defining of scientific and technical terminology.

Professor Iglesia's research group addresses the design, synthesis, and structural and mechanistic characterization of inorganic solids useful as catalysts for chemical reactions important in the production, conversion and use of energy carriers, in sustainable petrochemical syntheses, and in the protection of the environment. These studies combine synthetic protocols to create novel active structures at the atomic scale and experimental and theoretical inquiries to determine the details of their structure and function at conditions relevant to the practice of catalysis. His work has provided significant insights and enabling concepts for practical catalytic processes essential for the conversion of natural gas, the use of zeolite catalysts in improving the performance of fuels and chemicals synthesis and in environmental control, and  the efficient conversion of renewable oxygenate feedstocks.

Professor Iglesia is the Theodore Vermeulen Chair in Chemical Engineering and a Faculty Senior Scientist at the Lawrence Berkeley National Laboratory. He holds degrees in chemical engineering from Princeton (B.S.) and Stanford (Ph.D.). He joined the Berkeley faculty in 1993 after research and management positions at the Exxon Corporate Research Labs. Iglesia is a member of the National Academy of Engineering, the National Academy of Inventors, the American Academy of Arts and Sciences, and he is former Editor-in-Chief at the Journal of Catalysis and a Fellow of AIChE and ACS. He has received the Somorjai and the Olah Awards from ACS, the Alpha Chi Sigma and Wilhelm Awards from AIChE, and the Emmett and Burwell Awards from the Catalysis Society. His dedication to teaching was recognized with the Donald Sterling Noyce Teaching Prize, the highest honor in teaching recognized by campus in the physical sciences. He has co-authored more than 350 publications and holds 40 patents. His research interests are in heterogeneous catalysis and chemical reaction engineering with emphasis on materials and processes relevant in energy use, in the synthesis of chemicals and fuels, and in the prevention and abatement of the environmental impact of energy conversion and use.