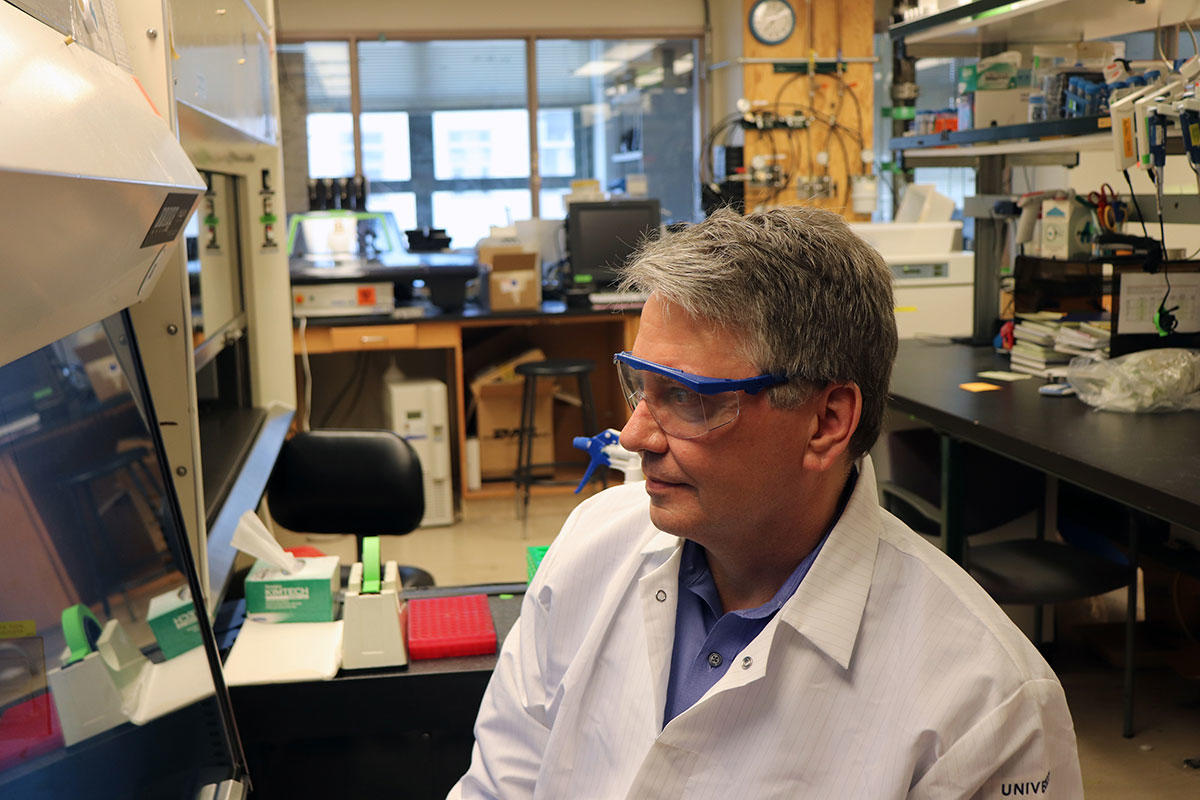 Image: Douglas Clark in his lab

Douglas Clark, Dean of the College of Chemistry, and Gilbert Newton Lewis Professor of Chemical and Biomolecular Engineering at UC Berkeley, has been awarded the prestigious D.I.C. Wang Award for Excellence in Biochemical Engineering for 2019 from the American Institute of Chemical Engineers (AIChE). The award will be presented during Clark's D.I.C. Wang Award Lecture at the AIChE Annual Meeting in November. This award recognizes individuals for their contributions to the field and to the practice of biochemical engineering through their position in industry or academia as exemplified by Professor Wang in his 50+ years of contributions.

Clark's research is focused in the field of biochemical engineering, with particular emphasis on enzyme technology, biomaterials, and bioenergy.  Underlying these general topics is a longstanding interest in extremophiles and extremophilic enzymes. His work in biocatalyst engineering has created new opportunities for the application of enzymes in the pharmaceutical, chemical, and agrochemical industries, and his development of protein and cellular arrays has enabled high-throughput biosynthesis and activity/toxicity screening of potential drugs.

As of 2018, AIChE had over 60,000 members, including members from over 110 countries worldwide. Student chapters at various universities around the world have also been established throughout its history. The student chapters generally focus on providing networking opportunities in both academia and in industry as well as increasing student involvement locally and nationally.