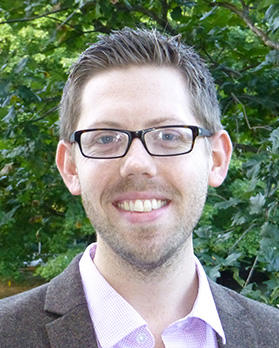 The Department of Energy’s (DOE) Office of Science has announced this year’s selection of scientists to receive Early Career Research Program funding. David Limmer, UC Berkeley Assistant Professor of Chemistry, has been chosen as one of 73 scientists from across the country for his project entitled: Understanding and Controlling Photoexcited Molecules in Complex Environments.

The DOE effort, now in its tenth year, is designed to advance the nation’s scientific workforce by providing support to exceptional researchers during their crucial early career years, when many scientists do their most formative work.

“Supporting our nation’s most talented and creative researchers in their early career years is crucial to building America’s scientific workforce and sustaining America’s culture of innovation,” said Secretary of Energy Rick Perry. “We congratulate these young researchers on their significant accomplishments to date and look forward to their achievements in the years ahead.”

Limmer has received this project award for research looking at a huge class of chemical reactions, initiated by light, whose outcomes are currently difficult to predict. The goal of the project is to develop a theory, and accompanying  computer simulation models, to gain some predictive power over these reactions.

Limmer said of the project, “Predicting the outcome of chemical reactions driven by light is complicated by factors outside the scope of traditional theoretical chemistry. On such small scales, fluctuations of the environment render outcomes random, quantum mechanics blur the separation between nuclear and electronic motion, and the accompanying ultrafast relaxation renders typical assumptions of equilibrium inappropriate. By combining contemporary ideas from quantum information and nonequilibrium statistical mechanics, this research aims to develop a set of theoretical and computational tools to unravel the photoexcited dynamics of small molecules in the condensed phase, and learn how to control their outcomes.”

Limmer’s research focuses on advancing theoretical descriptions of complex, condensed phase materials especially in instances where equilibrium ideas do not apply. The research utilizes concepts and methods developed by considering contemporary statistical mechanics, unified when appropriate with principles from disparate disciplines in theoretical science. Specific areas of current interest include the emergent behavior of systems undergoing simple chemical dynamics in complex environments, the response of nanoscale systems driven far from equilibrium and the solid-electrolyte interfaces relevant to basic energy science.