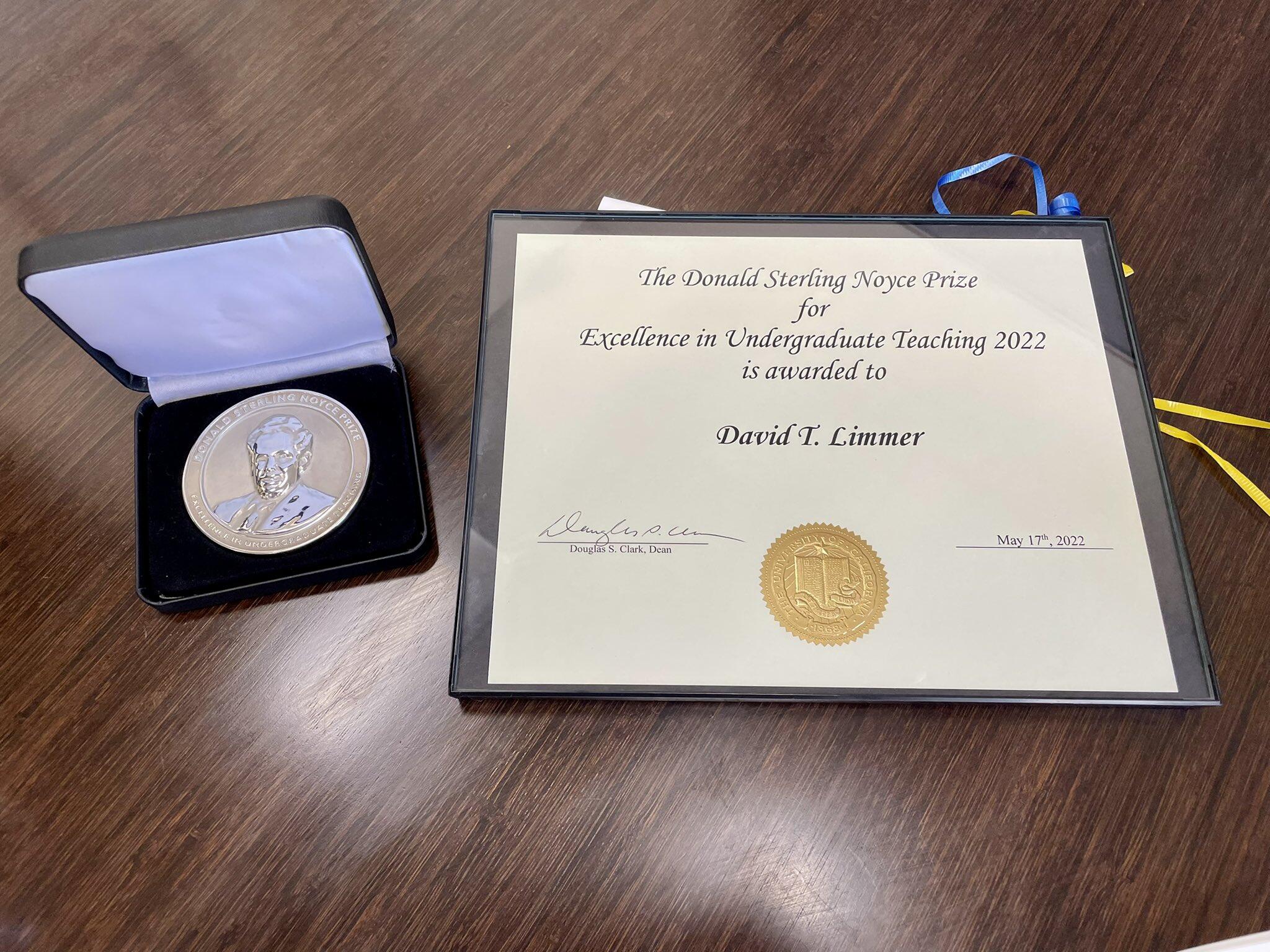 The College of Chemistry is pleased to announce that Assistant Professor of Chemistry David Limmer, (Ph.D. ’13, Chem) has been awarded the 2022 Donald Sterling Noyce Prize for Excellence in Undergraduate Teaching.

A selection committee member said of Prof. Limmer's award,  “Reading through the course evaluation and letters makes me want to take his course! It is clear that the approaches Prof. Limmer is taking in the classroom and in supporting students outside of the classroom through office hours and mentorship are effective and inspiring. We are indeed fortunate to have you as one of our distinguished teachers." 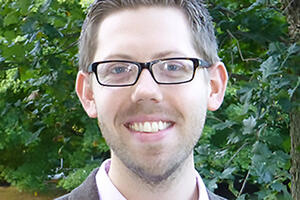 Prof. Limmer joined the College of Chemistry in 2016. His research group is currently focused on endeavors to advance theoretical descriptions of complex, condensed phase materials especially in instances where equilibrium ideas do not apply. They are accomplishing the using concepts and methods developed by considering contemporary statistical mechanics unified when appropriate with principles from disparate disciplines in theoretical science. Ultimately the aim is to derive effective theories and coarse-grained descriptions and do so with the help of modern numerical techniques and computer simulation.

About Donald Sterling Noyce and the Noyce Prize

Donald Sterling Noyce (1923-2004) received his Ph.D. in chemistry from Columbia University. He began his academic career at the University of California, Berkeley in 1948 as an instructor in chemistry becoming a full professor in 1960.

Noyce was an established leader in the field of physical organic chemistry. His research dealt with multiple topics including the stereochemical interrelationships of some steroids and terpenes and included some cyclohexane derivatives, cyclodecyl compounds and the analysis of substituent effects in their solvolysis, and the study of mechanisms of acid-catalyzed reactions important in organic synthesis.

In the early 1970s, Noyce turned his attention to teaching and administration. Noyce taught almost all of the courses in organic chemistry offered by the department over his time at the College. During his last decades he was principally responsible for the large organic chemistry with biological emphasis course, known during that period as Chem 8, and taken by thousands of premedical students.

He had a reputation as an excellent teacher, a good lecturer with contagious enthusiasm and clear explanations. He was an amiable person, a kind professor who treated students as people, was available, and always willing to help. He was the first recipient, in 1987, of the Donald Sterling Noyce Prize for undergraduate  teaching, established the year before by an endowment from his late brother Robert Noyce. Robert co-founded Intel in 1986 with Berkeley Chemistry alum Gordon Moore.