UC Berkeley College of Chemistry professors Jeffrey Long and Daniel Neumark have been announced as 2019 American Chemical Society (ACS) awardees for their pioneering chemical research. They will be honored at a ceremony at the spring ACS national meeting in Orlando, Florida, March 31–April 4, 2019. 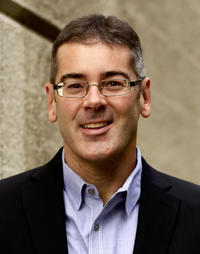 Professor Long has received the ACS award in synthetic inorganic chemistry for his development of synthetic inorganic platforms designed for the study of single-molecule magnetism and small-molecule separation chemistry using metal-organic frameworks. In commenting about the future of chemistry Long stated, “I hope to see a ­revolution in low-energy molecular separations based upon cooperative adsorbents. In particular, the ­incredible tunability of metal-organic frameworks may allow us to develop means of separating CO2 from flue gases and air, olefins from paraffins, O2 from air, and N2 from natural gas with efficiencies that were previously thought to be impossible.”

Professor James K. McCusker of Michigan State University said of Long's work, “Jeffrey Long has simultaneously laid the foundations for a fundamental understanding of and advances in single-molecule magnetism while at the same time addressing important, long-term grand challenges through the development of new paradigms in the chemistry of metal-organic frameworks.”

Long is a professor of Chemistry and Chemical and Biomolecular Engineering at the College of Chemistry, UC Berkeley. His research expertise and interests include: Inorganic and materials chemistry; synthesis of inorganic molecules and higher dimensional solids; precise tailoring of chemical and physical properties; gas storage, molecular separations, and catalysis in porous materials; magnetic and conductive materials. 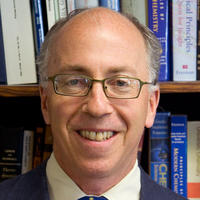 Professor Neumark has received the ACS award in physical chemistry for his pioneering work in transition-state spectroscopy, the dynamics of electron solvation in clusters and liquid jets, and ultrafast X-ray science

Neumark discussed his scientific role models that have inspired him, “I have three scientific role models from whom I have tried to synthesize my own path. My PhD adviser, Yuan Lee, taught me to be fearless in the design and execution of experiments. My postdoctoral adviser, Carl Lineberger, showed me how to think in subtle and unusual ways about scientific problems. My friend and colleague Mark Johnson has inspired me to be aggressively creative and to never rest on my past accomplishments.”

Gabor A. Somorjai from the  University of California, Berkeley had this to say, "Neumark has set up a world-class research program in which he has developed state-of-the-art experiments to probe fundamental problems in chemical physics. The projects in his laboratories encompass reaction dynamics of bimolecular and unimolecular reactions, cluster spectroscopy and dynamics, and ultrafast X-ray science."

Neumark is a professor of Chemistry at the College of Chemistry, UC Berkeley. His research expertise and interests include: physical chemistry, molecular structure and dynamics, spectroscopy and dynamics of transition states, radicals, and clusters, frequency and time-domain techniques, state-resolved photodissociation, photodetachment of negative ion beams.