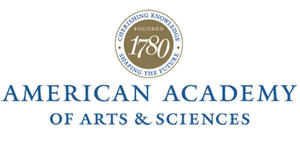 The American Academy of Arts and Sciences is one of the oldest learned societies in America. It is devoted to the advancement and study of the key societal, scientific, and intellectual issues of the day. Fellows reflects a full range of disciplines and professions including mathematics, the physical and biological sciences, medicine, the social sciences and humanities, business, government, public affairs, and the arts. Among the Academy's Fellows are more than 250 Nobel laureates and 60 Pulitzer Prize winners.

About this year’s College of Chemistry honorees:

Professor Toste's current research is primarily aimed toward the development and study of catalysts, catalytic reactions and methods to address challenges in chemical synthesis and energy. Professor Toste and his coworkers were instrumental in the past decades advancement of the field of homogeneous catalysis with gold and introduction of chiral counterions as a paradigm for asymmetric catalysis. In addition, Professor Toste and his collaborators have explored supramolecular catalysts for organic reaction, developed novel methods for merging homogeneous/heterogeneous catalysis and tools for their in situ study, described processes for the conversion of biomass to fuels and chemicals, reported on the application of multivariate analysis for mechanistic studies and, most recently, described a method for selective functionalization of biomolecules

Birgitta Whaley, professor of chemistry and director of the Berkeley Quantum Information and Computation Center.