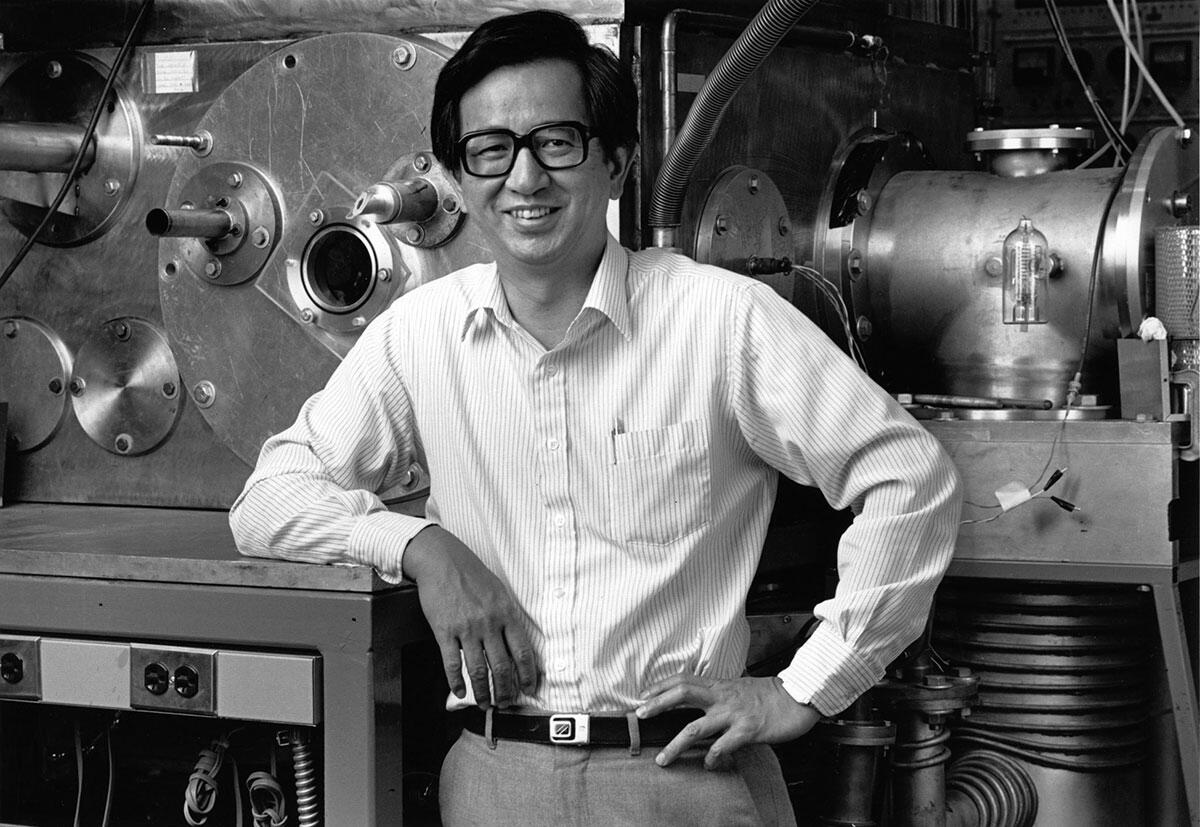 The College of Chemistry is pleased to announce that a new endowed lectureship has been established and named for Nobel Laureate and Professor Emeritus Yuan Tseh Lee. The lectureship is intended to welcome distinguished scholars in the field of chemistry to present their research at an annual presentation at the College. The first lecture will be given by Prof. Lee in the fall of 2021.

Matthew Francis, Chair of the Department of Chemistry commented, "We are all very excited to have this new lecture established to celebrate Y.T.'s multifaceted career. His scientific research, service, and entrepreneurship are unparalleled. We are especially delighted that he will present the first lecture for this series in the fall."

Prof. Neumark said of establishing the lecture, "The lectureship is in memory of my parents, who valued education of their children above all else.  And of course it is in honor of Y.T. Lee, who somehow saw through all my shortcomings and set me on the true path of science."

Prof. Neumark became interested in molecular beams research when he was an undergrad at Harvard in Dudley Herschbach's group. "When I came to Berkeley, I did the usual due diligence, talking to many faculty and visiting many laboratories.  But when I saw Y.T.'s laboratory, which was awash with all sorts of state-of-the-art instrumentation, I knew that was the place for me!" 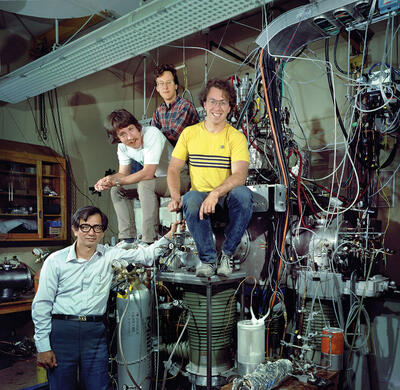 In this 1983 photo, Prof. Lee (on the left) stands next to a crossed molecular beams instrument on which Prof. Neumark carried out the bulk of his Ph.D. research. "I didn't build it, but I certainly had taken ownership of it by the time I left graduate school. On this instrument, we studied the bimolecular reaction F + H2 -> HF + H and its isotopic variants (F + D2, F + HD).  The results have been featured prominently, including the cover of the undergraduate textbook Physical Chemistry, by McQuarrie and Simon."

Sitting on the machine (left side) is Alec Wodtke, who went on to be a professor at UC Santa Barbara and is now a Director in the Max Planck Institute for Biophysical Chemistry in Gottingen, Germany. Gary Robinson (rear), is currently in the Office of Scientific Operations at the National Cancer Institute. Prof. Neumark is on the right in the yellow shirt. (Photo: Berkeley Lab archive)

Experiments for which he was recognized for the Nobel Prize

Yuan T. Lee developed the “universal crossed molecular beams” experiment, which opened up new areas of research in chemical reaction dynamics. In these experiments, two beams of reactant species intersect in a vacuum chamber. Scattered products are analyzed with mass spectrometry. These experiments provided key insights into how and why chemical reactions take place.

His studies of fundamental reactions (F+H2, Li+HF, D+H2) were textbook examples of how one can learn about the potential energy surfaces on which chemistry occurs through reactive scattering. His experiments on the reactions of oxygen atoms with hydrocarbons provided the first definitive identification of the primary products from these reactions, many of which play a key role in combustion.

His photodissociation experiments on molecules ranging from ozone to complex hydrocarbons yielded new insights into the unimolecular decay of these species, with significant applications ranging from atmospheric science to the modeling of combustion chemistry.

Prof. Lee (born 1936, Hsin-chu,Taiwan) is a Taiwanese-American chemist who, with Dudley R. Herschbach and John C. Polanyi, received the Nobel Prize for Chemistry in 1986 for his role in the development of chemical-reaction dynamics.

Prof. Lee was educated in Taiwan receiving his Master's degree in chemistry at National Tsinghua University. He came to the United States and attended the University of California at Berkeley where he received his Ph.D. in chemistry in 1965 with Bruce Mahan. He joined Dudley Herschbach at Harvard University as a postdoctoral fellow in 1967. He began his research and teaching career at the University of Chicago from 1968 to 1974. In 1974, he became a U.S. citizen. At the same time, he returned to Berkeley where he continued his research.

While a postdoctoral researcher, Prof. Lee experimented with and further developed Herschbach’s invention of the “crossed molecular beam technique”—a technique derived from elementary particle physics in which beams of molecules are brought together at supersonic speeds under controlled conditions to allow detailed observation of the events that occur during chemical reactions. Prof. Lee extended Herschbach’s technique, introducing mass spectroscopy to identify the products resulting from the reactions of oxygen and fluorine atoms with complex organic compounds. For his research, Prof. Lee, along with Herschbach and Polyanli received the Nobel Prize in Chemistry in 1986.

Prof. Lee spent much of his career as a chemistry professor at the University of California, Berkeley, with a joint appointment at Lawrence Berkeley National Laboratory. He returned to Taiwan as a Distinguished Research Fellow at the Institute of Atomic and Molecular Sciences, Academia Sinica from 1994–2015.
Prof. Lee was also President, Academia Sinica from 1994–2006.

Among his many awards and recognitions, he has been honored for the following:

An extended biography about Prof. Lee is availabe on the Nobel site. 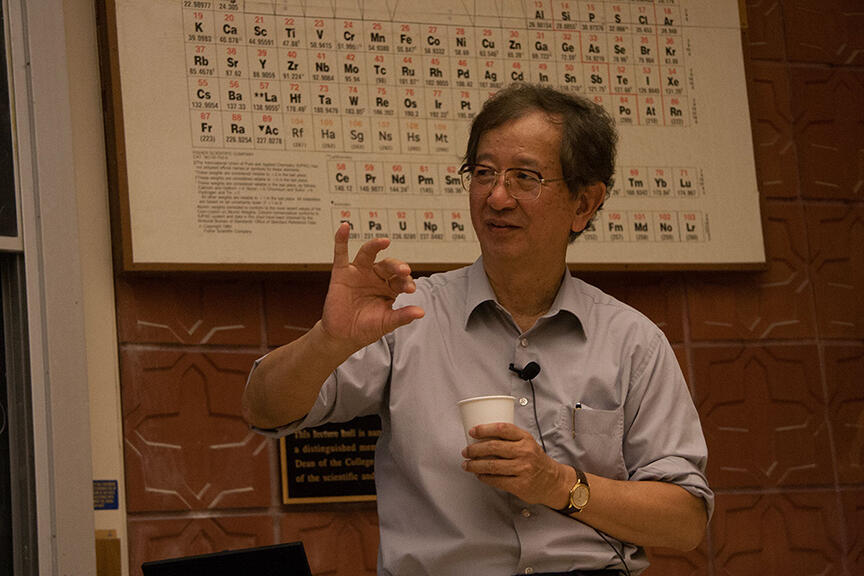