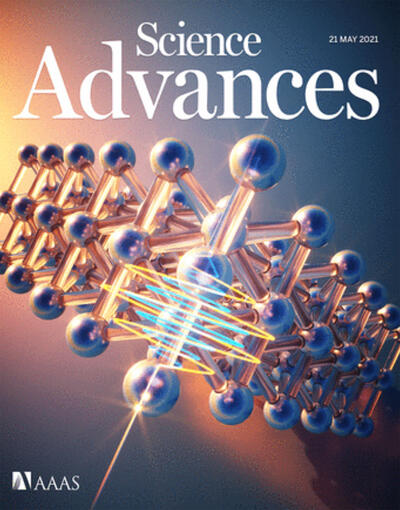 Interfaces and surfaces are of central importance to many open scientific questions. For example, in order to design more energy-efficient all solid-state batteries to fuel next-generation electric cars, we need to better understand the charge transfer processes through the battery’s individual layers. Also, devising solutions for climate change requires an enhanced knowledge of pollutant uptake at the air-liquid interface of clouds. Scientific questions like these, that address the nature of chemical interfaces and surfaces, are notoriously challenging to address because of the difficulty in studying systems with boundary specificity.

An international effort led by UC Berkeley Assistant Professor of Chemistry Michael Zuerch has demonstrated a novel experimental method to address questions like these utilizing nonlinear optics as discussed in a recent article published today in Science Advances. Traditionally, when we think of optics, we assume that light interacts with matter in a linear fashion. However, nonlinear effects can play an important role when certain symmetries are broken in the material. Second harmonic generation (SHG) is one such effect that occurs in materials with broken inversion symmetry that results in the creation of frequency-doubled light. While there are certainly bulk materials that have this broken symmetry, surfaces and interfaces are also non-centrosymmetric. As a result, SHG at the boundary between two interfaces can also be a sensitive interface probe.

SHG using visible light sources has been well-studied for decades, but it was only demonstrated at higher frequency x-ray regimes for the first time in 2018. At such high energies, the light-matter interaction can be element-specific, meaning that the signal resulting from a multi-element material can be identified as originating from a particular element. However, nonlinear optical processes are relatively inefficient, and have required the use of extremely high photon intensities achievable only at multi-billion dollar large scale facilities called free-electron lasers. Currently there are only a handful in existence worldwide.

Experimental setup and energy diagram for SXRL-SHG at the Ti M2,3 edge. (A) From left, the setup includes the incoming 37.8-eV HHG-SXRL pulse (red beam, far-field beam profile in inset) that is focused by an ellipsoidal mirror onto the Ti foil surface, where SHG is generated (blue beam) and propagates collinearly with the fundamental. The divergent field is refocused with a toroidal mirror onto a grating that disperses the SHG and fundamental beams simultaneously onto a CCD camera. Credit: T. Helk, U Jena

Zuerch and colleagues have advanced the development of SHG beyond the optical regime by demonstrating it in the extreme ultraviolet (XUV) for the first time using a home-built table-top laser system. Members of the research team, including Lars Hoffman (Gessner group graduate student), visited Laboratoire d’Optique Appliquée in Paris, France, where SHG was observed from a Ti foil. After returning from the experiment, co-first-author Emma Berger (Zuerch group graduate student), worked on analyzing the data in collaboration with theorists at SLAC National Accelerator Laboratory and UC San Diego. By combining theory and experimental evidence, the team has developed data that strongly supports SHG emission from the Ti foil surface breaks inversion symmetry on the single-atomic layer at the vacuum-solid interface with a signal that contains a sizeable contribution from resonant enhancement at the Ti M-edge.

“What’s truly exciting for us are the opportunities this work will enable down the line.” Professor Zuerch said. “Previously you might obtain a few hours a year of experimental time at a free electron laser facility. Now you could imagine doing these experiments using a conventional lab setup and more complex experimental conditions relevant to many areas of chemistry. This opens the opportunity to study dynamics processes at surfaces and interfaces in complex chemical environments.”