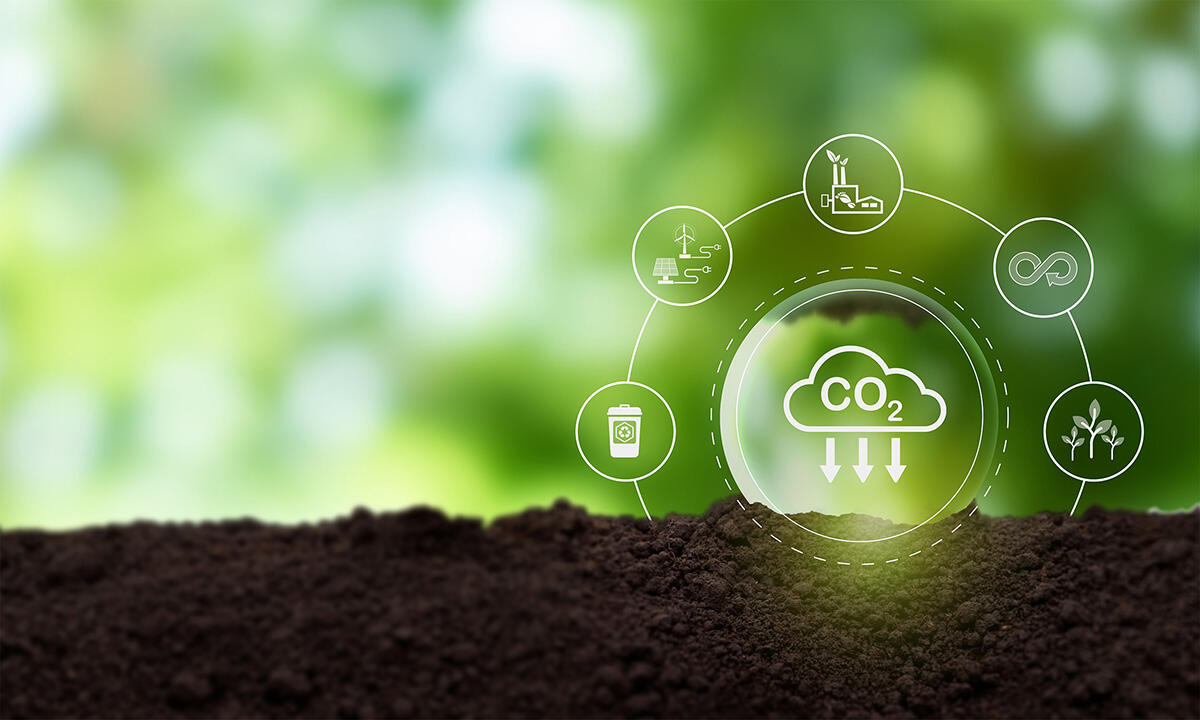 Scientists at Lawrence Berkeley National Laboratory (Berkeley Lab) have demonstrated a new technique, modeled after a metabolic process found in some bacteria, for converting carbon dioxide (CO2) into liquid acetate, a key ingredient in “liquid sunlight” or solar fuels produced through artificial photosynthesis.

The new approach, reported in Nature Catalysis, could help advance carbon-free alternatives to fossil fuels linked to global warming and climate change.
The work is also the first demonstration of a device that mimics how these bacteria naturally synthesize acetate from electrons and CO2.

“What’s amazing is that we learned how to selectively convert carbon dioxide into acetate by mimicking how these little microorganisms do it naturally,” said senior author Peidong Yang, who holds titles of senior faculty scientist in Berkeley Lab’s Materials Sciences Division and professor of chemistry and materials science and engineering at UC Berkeley.

“Everything we do in my lab to convert CO2 into useful products is inspired by nature. In terms of mitigating CO2 emissions and fighting climate change, this is part of the solution.”
– Peidong Yang, Berkeley Lab senior faculty scientist, Materials Sciences Division

For decades, researchers have known that a metabolic pathway in some bacteria allows them to digest electrons and CO2 to produce acetate, a reaction driven by the electrons. The pathway breaks CO2 molecules down into two different or “asymmetric” chemical groups: a carbonyl group (CO) or a methyl group (CH3). Enzymes in this reaction pathway enable the carbons in CO and CH3 to bond or “couple,” which then triggers another catalytic reaction that produces acetate as the final product.

Researchers in the field of artificial photosynthesis have wanted to develop devices that mimic the pathway’s chemistry – called asymmetric carbon-carbon coupling – but finding synthetic electrocatalysts that work as efficiently as bacteria’s natural enzymatic catalysts has been challenging.

“But we thought, if these microorganisms can do it, one should be able to mimic their chemistry in the lab,” Yang said.

Copper’s talent for converting carbon into various useful products was first discovered in the 1970s. Based on those previous studies, Yang and his team reasoned that artificial photosynthesis devices equipped with a copper catalyst should be able to convert CO2 and water into methyl and carbonyl groups, and then turn these products into acetate. So for one experiment, Yang and team designed a model device with a copper surface; then, they exposed the copper surface to liquid methyl iodide (CH3I) and CO gas, and applied an electrical bias to the system.

The researchers hypothesized that CO would stick to the copper surface, triggering the asymmetric coupling of CO and CH3 groups to produce acetate. Isotope-labelled CH3I was used in the experiments in order to track the reaction pathway and final products. (An isotope is an atom with more or fewer neutrons (uncharged particles) in its nucleus than other atoms of an element.)

And they were right. Chemical analytical experiments conducted in Yang’s UC Berkeley lab revealed that copper’s pairing of carbonyl and methyl groups produced not only acetate but other valuable liquids, including ethanol and acetone. The isotopic tracking allowed the researchers to confirm that the acetate was formed through the combination of the CO and CH3.

In another experiment, the researchers synthesized an ultrathin material from a solution of copper and silver nanoparticles, each one just 7 nanometers (billionths of a meter) in diameter. The researchers then designed another model device, this time layered with the nanoparticle thin material.

As expected, the electrical bias triggered a reaction, driving the silver nanoparticles to convert CO2 into a carbonyl group, while the copper nanoparticles transformed CO2 into a methyl group. Subsequent analyses in the Yang lab revealed that another reaction (the coveted asymmetric coupling) between CO and CH3 synthesized liquid products such as acetate.

Yang said that these copper-silver nanoparticles could potentially be coupled with light-absorbing silicon nanowires in the future design of efficient artificial photosynthesis systems.

In 2015, Yang co-led a study that demonstrated an artificial photosynthesis system comprised of semiconducting nanowires and bacteria using the energy in sunlight to produce acetate from carbon dioxide and water. The finding had significant implications for a growing field in which researchers have spent decades looking for the best chemical reactions to produce high yields of liquid products from CO2.

The new study advances this earlier work by demonstrating a synthetic electrocatalyst – the copper-silver nanoparticles – that “clearly mimics what bacteria do to produce liquid products from CO2,” Yang said. “We still have a lot of work to do to improve it, but we’re excited by its potential to advance artificial photosynthesis.”

Researchers from Berkeley Lab and UC Berkeley co-participated in this study.

A big step toward ‘green’ ammonia and a ‘greener’ fertilizer
END_OF_DOCUMENT_TOKEN_TO_BE_REPLACED