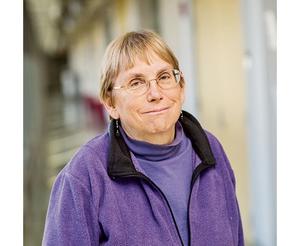 Alumna JoAnne Stubbe (Ph.D. '71, Chem), the Novartis Professor of Chemistry and Biology, emerita, at the Massachusetts Institute of Technology, will receive the 2020 Priestley Medal, the American Chemical Society’s highest honor.

“JoAnne is the top mechanistic biochemist of her generation,” says Stephen J. Lippard, one of Stubbe’s colleagues in the MIT chemistry department. “Among her major achievements is understanding the controlled generation of radicals in biology.”

“Throughout her career, JoAnne has taken on some of the experimentally most challenging problems, and time and time again, she provided insights that, while sometimes controversial when she first introduced them, have stood the test of time,” says Wilfred van der Donk, a chemistry professor at the University of Illinois at Urbana-Champaign who was a postdoc in Stubbe’s lab in the 1990s.