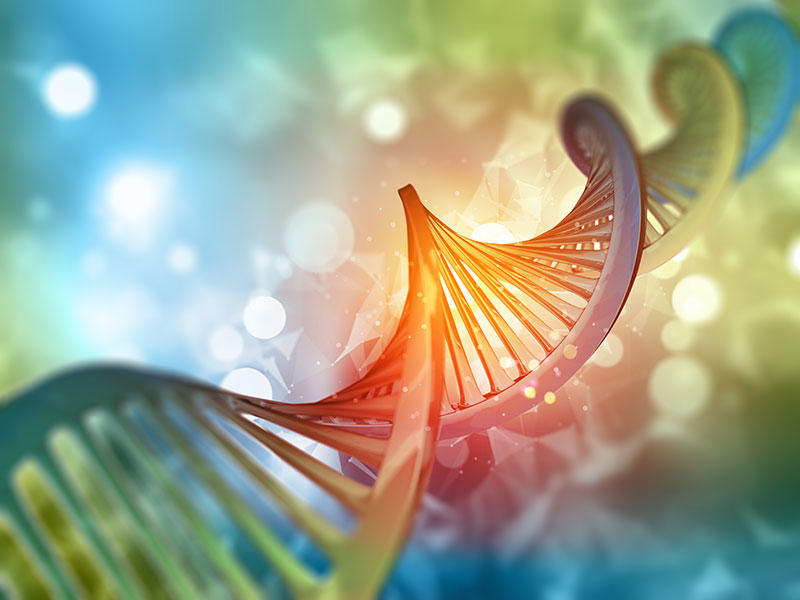 One big challenge facing the development of CRISPR gene editing for use in humans is the fear that the Cas9 "scissors" used in the technology could cause unintended off-target effects. Researchers at the University of California, Berkeley, have come up with a potential solution: a “switch” mechanism that could keep the Cas9 enzyme turned off until it reaches its target site.

In a recent study co-authored by CRIPSR pioneer Jennifer Doudna and published in the journal Cell, the UC Berkeley team described how they used an engineering technique called circular permutation to create Cas9 variants, "ProCas9s," that allow CRISPR to be turned on only in the targeted cells.

ProCas9s can figure out what cells they're in based on proteases, which are enzymes that cut proteins. “There are a lot of proteases that regulate signaling pathways in cells, transform normal cells into cancer cells, and are involved in pathogen infection,” David Savage, the study’s senior author, said in a statement. “If we can sense these signals, we can tap into and respond accordingly to these important pathways.”

Natural Cas9 can stay on for a long time, cutting genes even when it’s not needed. One proven method for controlling Cas9 involves attaching it to transcriptional activators or repressors known as Cas9 fusion proteins. But that's a complex engineering task that's difficult to optimize.

So the UC Berkeley team turned to circular permutation. The technique involves rearranging a protein’s primary sequence, connecting the ends, or "termini," of the protein with a peptide linker, then cutting the sequence at a different position to create new termini.

Messing up the protein’s structure usually destroys it, but the Berkeley team found that Cas9 is highly malleable to circular permutation. What's more, the enzyme has several “hotspots” that allow it to be re-opened without affecting its functions. So the new Cas9 can serve as a scaffold for the construction of many advanced fusion proteins, the team figured.

Developing the technique required the team to perfect the peptide linker. The researchers made the linker short enough to render the Cas9 inactive and then introduced site-specific protease sequences to create ProCas9s. The ProCas9s can only be activated when they're cleaved by matching proteases, meaning they can sense and respond to a specific type of cell, said the researchers.

In their study, the team showed that tailored ProCas9s, when paired with the right guide RNA, can detect viral proteases and mount an altruistic defense against flaviviruses such as Zika and West Nile, generating massive DNA damage and killing the infected host cells.

This is one of many different strategies scientists have proposed for improving CRISPR’s safety profile. For example, a team at the Wellcome Sanger Institute recently developed a machine learning tool that can predict which mutations CRISPR will introduce into a cell. And researchers at the University of Texas at Austin have suggested replacing Cas9 with a different DNA-cutting protein.

Savage and his Berkeley colleagues believe ProCas9 could be useful for molecular screening and drug discovery. More importantly, it can serve as a vehicle for “cell type-specific Cas activation after general delivery of an editing complex to a target tissue or organ,” the team wrote in the study.

“I can envision various biomedical applications where the Cas9-CPs and ProCas9s will allow us to better understand disease processes and also enable safer translational applications of CRISPR-Cas genome editing and modification,” the study’s co-first author Christof Fellmann said in a statement.

In the future, the researchers plan to develop Cas9 fusion proteins for base editing and epigenetic modifications. They will also test whether ProCas9s can be built into an entire synthetic immune system or whether they can be sensitive to endogenous proteases—as opposed to foreign viral proteases—so that they can be used in cancer cells.

There are a lot of proteases that regulate signaling pathways in cells, transform normal cells into cancer cells, and are involved in pathogen infection. If we can sense these signals, we can tap into and respond accordingly to these important pathways.
David Savage