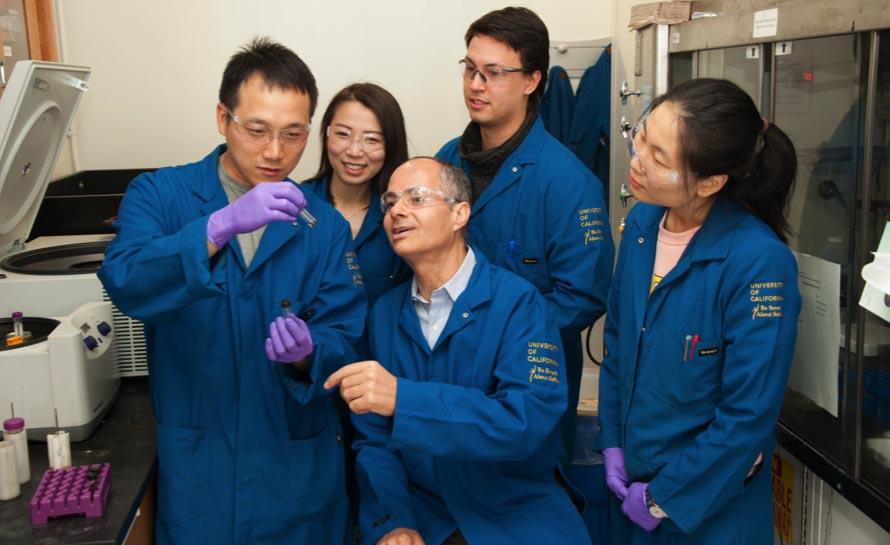 UC Berkeley’s College of Chemistry Professor Omar M. Yaghi has been selected to receive the 2017 Japan Society of Coordination Chemistry (JSCC) International Award. This award is presented to a researcher who has contributed to the development of coordination chemistry through outstanding and pioneering work. Professor Yaghi will deliver the award plenary lecture at Hokkaido University in Sapporo, Japan on September 17 at the annual JSCC Conference.

Professor Yaghi is the James and Neeltje Tretter Professor of Chemistry. His work encompasses the synthesis, structure and properties of inorganic and organic compounds and the design and construction of new crystalline materials. He is widely known for inventing several extensive classes of new materials termed metal-organic frameworks, covalent organic frameworks, and zeolitic imidazolate frameworks. These materials have the highest surface areas known to date, making them useful in clean energy storage and generation.

Applications of his materials are found in the storage and separation of hydrogen, methane, and carbon dioxide, and in clean water production and delivery, supercapacitor devices, proton and electron conductive systems. The building block approach he developed has led to an explosive growth in the creation of new materials having a diversity and multiplicity previously unknown in chemistry.

He termed the field “Reticular Chemistry” and defines it as “stitching molecular building blocks into extended structures by strong bonds”. He has published over 200 articles with an average of over 300 citations per paper. He is among the top five most highly cited chemists worldwide.

Professor Yaghi’s research group focuses on Reticular Chemistry and is concerned with the linking of molecular building blocks (organic molecules, inorganic clusters, dendrimers, peptides, proteins, and more) into predetermined structures in which such units are repeated and are held together by a strong bond.

Congratulations to Professor Yaghi on this prestigious award.