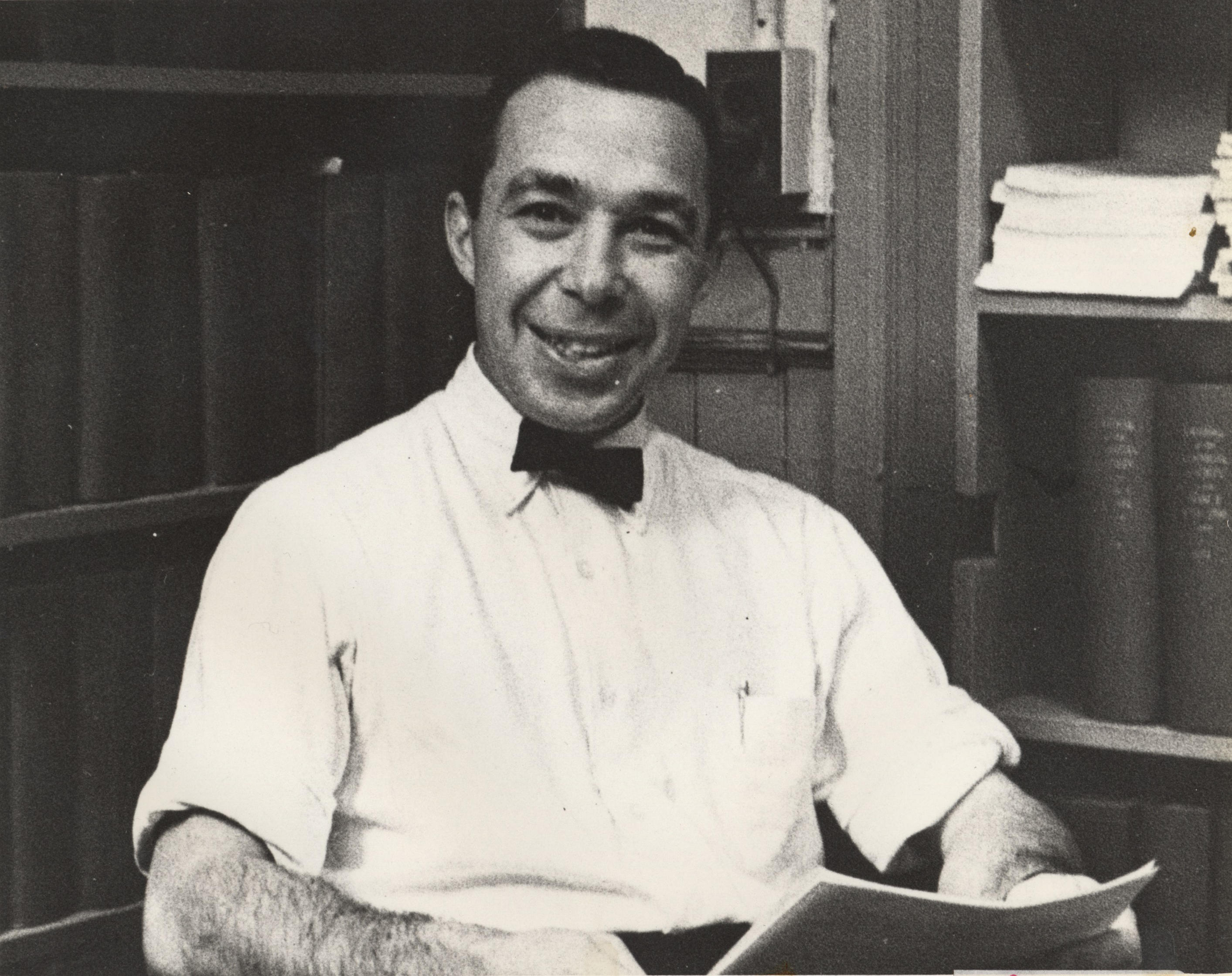 By Paul A. Bartlett, Rollie Myers, and Andrew Streitwieser

William Dauben died in his sleep during the night of January 1, 1997. His death was sudden and unexpected. He was born on November 6, 1919, the youngest of three sons of Hyp J. and Leilah (nee Stump) Dauben, in Columbus, Ohio. His father was an architect and his middle brother, Jack, became a clothing salesman. Bill Dauben followed the footsteps of his older brother, Hyp J. Dauben Jr. who became a chemist and was a Professor of Chemistry at the University of Washington until his death some years ago. Bill Dauben graduated from Upper Arlington High School in Columbus and did his undergraduate work at Ohio State University where he received the A.B. degree in 1941. He then went to Harvard where he received the M.A. degree in 1942 and the Ph.D. in 1944. His dissertation work was under the direction of Professor Louis E. Fieser on the synthesis of new antimalarial drugs. In 1942-45, he had an appointment as Special Assistant to Fieser. At Harvard, he synthesized a naphthoquinone derivative known as M-1916 which for a time showed promise as an antimalarial drug and was tested in humans.

In 1945, Dauben came to the University of California, Berkeley, as an Instructor. He and James Cason, who arrived at the same time, were the first appointments in a planned post-war expansion of organic chemistry at Berkeley. They initiated new courses and planned the further expansion that included the appointment of Henry Rapoport the following year and Donald Noyce three years later. Dauben was promoted to Assistant Professor in 1947, Associate Professor in 1952 and Professor in 1957. During his long career at Berkeley he helped to train many undergraduate, graduate and postdoctoral students; 101 students received their Ph.D. degrees under his direction and 105 post-doctorates worked with him. He was active in research until he died and during his life published almost 400 papers.

In Berkeley, Dauben started an active research program in several areas. His studies on the photochemistry of Vitamin D initiated an extensive program in organic photochemistry. He was at the forefront of the surge of activity in this area in the 1960s and 1970s. His work included photochemical studies of dimes and trienes and contributed to the synthesis of strained compounds such as transryclohexene and small-ring systems. His work was especially important in establishing the role of the triplet state in the photochemistry of dimes and trienes. The resulting synthetic routes to cyclobutenes led to further studies on the stereochemistry of thermal ringopening of these compounds. His work included the discovery of the photoisomerization of the pyro- and isopyrocalciferols and the first example of the stereospecific transformation of 1,3-cyclohexadienes to bicyclo [ 2.2.0] hexenes. He showed the formation of the highly strained quadricyclane from bicycloheptadiene. This general work on the stereospecificity of polyene photoreactions was an important contribution to the experimental basis for the Woodward-Hoffmann rules for photochemical electrocyclic processes. Dauben called specific attention to the role of ground-state conformational control in organic photochemistry. This was a highly controversial concept when first proposed but it is now the basis for understanding many photochemical mechanisms.

His studies of solvent effects in polyene photochemistry led to polar mechanisms that formed an important part of the developing concept of "sudden-polarization". His interest in Vitamin D lasted his entire life. His most recent studies in this area made use of tunable dye lasers and produced a detailed understanding of the effect of wavelength on the photochemical transformations of this vitamin.

In Berkeley, Dauben also initiated a program of wide scope in natural products chemistry, particularly in terpenes. Among his first such studies was the development of the structure, chemistry and synthesis of the first reported 1,6,8-eudesmane sesquiterpene, y-santonin, now found to be a class widely distributed in nature. His study of the acid-catalyzed rearrangement of this compound not only extended the scope of the well-known dienol-phenol rearrangement but led to the correction of the structure of the lactone terpene artemesin.

In 1962, Dauben reported the structure of the diterpene cembrene, the first naturally occurring 14-membered ring compound, and in 1974, he reported its first synthesis. This nucleus is now known to be the most widely distributed diterpene nucleus in nature and is found in plants and trees, soft coral and insects. Many derivatives possess interesting biological properties such as antileucemic activity, defense mechanisms in insects, and plant growth regulation. Dauben's total syntheses of natural products also include all of the naturally occurring spirovetivanes--a- and b-vetispirenes, b-vetivone, and hinesol--as well as the important steroidal antibiotic, fusidic acid. 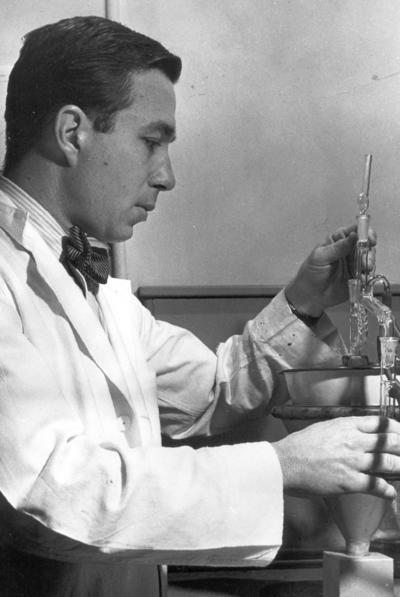 A further general research area was the development of new synthetic methods. As examples, he developed synthetic processes for the stereospecific synthesis of cyclopropanols and their utilization in the preparation of b-substituted lactones. He showed that the intramolecular Wittig reaction is an efficient process for the preparation of cyclic olefins. He developed one of the most useful methods for the attachment of the sidechain to a steroidal nucleus. One of his recent special interests was the use of super high pressure in synthetic organic chemistry. This method has since been widely used by others. Dauben showed that the method is useful in reactions that are sterically hindered or sensitive to acid- and base-catalysis. Such reactions include a variety of cycloadditions, 1,4-conjugate additions, ketalizations, etherification and esterification, phosphonium salt formation, and the Wittig reaction itself. He was especially proud of the efficient synthesis by this method of cantharidin, a compound considered to be a potent aphrodisiac.

Dauben received a large number of awards for his research discoveries and service to his profession. He received two Guggenheim Fellowships, in 1951 and in 1966. He was the recipient of the California Section award of the American Chemical Society in 1959, the American Chemical Society Ernest Guenther award in the Chemistry of Essential Oils and Related Products in 1973, and a Cope Scholar Award in 1992. In 1970, he was elected to the National Academy of Sciences and in 1975, he was elected to the American Academy of Arts and Sciences. He received a Senior Scientist award of the Humboldt Foundation and was a Fellow of the Japan Society for the emotion of Science. In 1980, he was awarded the honorary degree of Doctor Honoris Causa from the University of Bordeaux, France. He was a Miller Professor at UC and, on becoming Emeritus, he was awarded the Berkeley Citation.

Internationally, he served on several committees of IUPAC and for many years was Advisor to Solar Energy Research, CNRS, France. He was also a member of the U.S. Committee on Science Education for Sri Lanka. In 1987, he was made an honorary member of the Pharmaceutical Society Japan.

In his 51-year career at UCB he served the campus on many Academic Senate, administrative and college and departmental committees. His university service includes a term as Chair of the Academic Senate Committee on Academic Planning and of the Committee on Athletic Policy. He was a member of the Committee on Research and of the Statewide Committee on Research. He served on the Graduate Council, the Representative Assembly and the Admissions and Enrollment Committee. His service on administrative committees includes many years on committees dealing with radiation safety, environmental health and on hazardous materials and waste management. He served for a number of years as a member of the Campus Discipline Committee and on the Committee for Building and Campus Development. The latter service includes his work on the Chemistry Unit 1 building that is now Latimer Hall. Within the College of Chemistry, Dauben also served on numerous committees such as the Department Planning Committee and the Equipment Committee, The College Space Committee, Finance Committee and the committee dealing with the business office.

Not long after he arrived in Berkeley Bill Dauben met Carol Hyatt who was then a graduate student in physics. They married in 1947. The Daubens enjoyed traveling and through Bill's sabbatical leaves and attendance at frequent international meetings had many friends especially in England, France and Switzerland. They frequently entertained international visitors at their house on Eagle Hill, Kensington, which they built in 1953. They enjoyed the annual meetings of the National Academy of Sciences and after Bill's election to the Academy they went annually to these meetings. Bill's favorite hobby was golf. He played regularly and frequently with his wife.

Dauben took a phased retirement and became Emeritus in 1990. He stayed active in research and at the time of his death still had research grants and post-doctoral co-workers. He will be remembered fondly by his colleagues and his many students. He is survived by his wife and two daughters, Barbara Baumer and Ann Klaus. 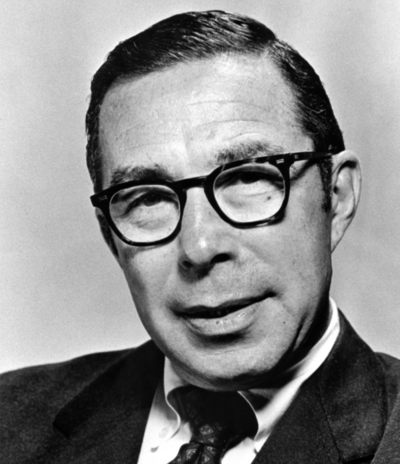