Why the gene editors of tomorrow need to study ethics today 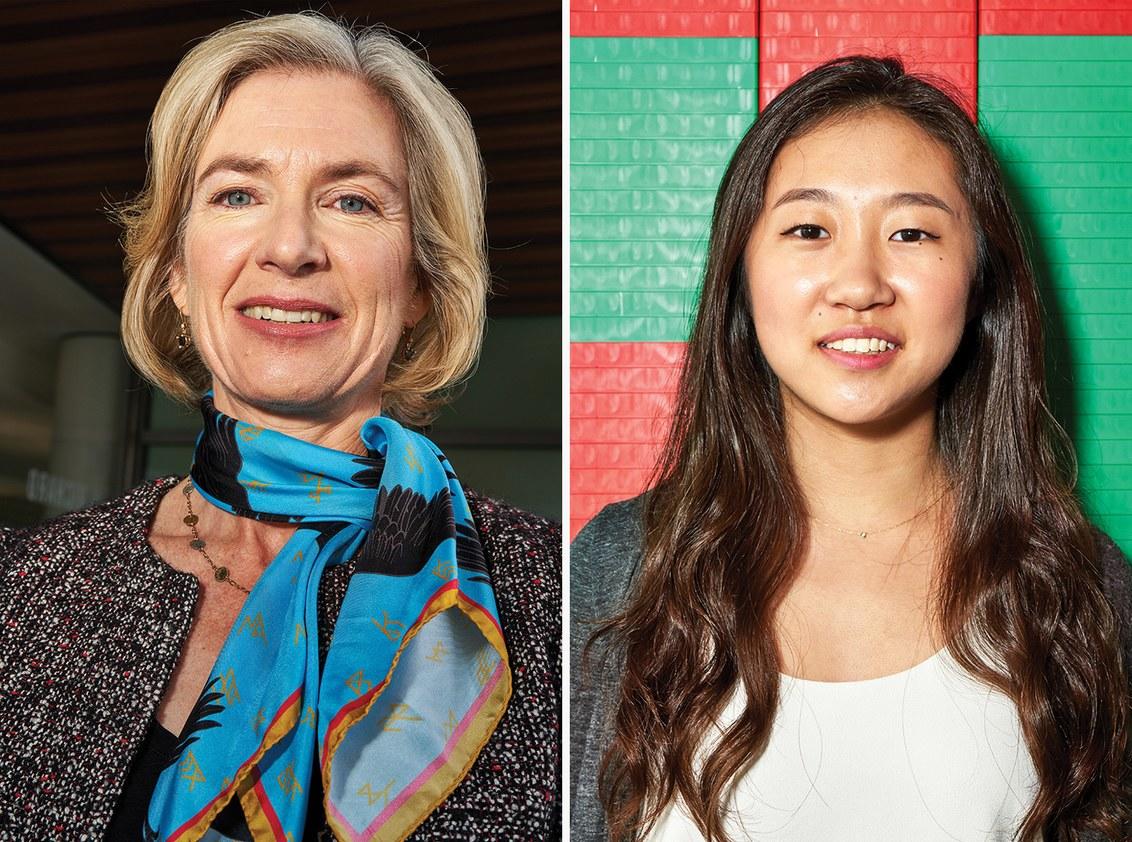 Two years after biochemist Jennifer Doudna helped introduce the world to the gene-editing tool known as Crispr, a 14-year-old from New Jersey turned it loose on a petri dish full of lung cancer cells, disrupting their ability to multiply. "In high school, I was all on the Crispr bandwagon," says Jiwoo Lee, who won top awards at the 2016 Intel International Science and Engineering Fair for her work. "I was like, Crisprize everything!" Just pick a snippet of genetic material, add one of a few cut-and-paste proteins, and you're ready to edit genomes. These days, though, Lee describes her approach as "more conservative." Now a sophomore at Stanford, she spent part of her first year studying not just the science of Crispr but also the societal discussion around it. "Maybe I matured a little bit," she says.

Doudna and Lee recently met at the Innovative Genomics Institute in Berkeley to discuss Crispr’s ethical implications. “She’s so different than I was at that age,” Doudna says. “I feel like I was completely clueless.” For Lee’s generation, it is critically important to start these conversations “at as early a stage as possible,” Doudna adds. She warns of a future in which humans take charge of evolution—both their own and that of other species. “The potential to use gene editing in germ cells or embryos is very real,” she says. Both women believe Crispr may eventually transform clinical medicine; Lee even hopes to build her career in that area—but she’s cautious. “I think there’s a really slippery slope between therapy and enhancement,” Lee says. “Every culture defines disease differently.” One country’s public health campaign could be another’s eugenics.

That’s why Lee wants to understand the mechanics of Crispr better before plowing into any more real-world applications. (She’s currently investigating the technique’s unintended consequences in yeast cells.) In a way, it’s the same approach that led Doudna to Crispr in the first place—the pursuit of knowledge for knowledge’s sake. “When I think about the kind of science we do in my lab, we’ve always asked the ‘how’ questions,” she says. “In the end, when you understand how something works, it opens the door to different ideas.”

Biggest lab snafu: MIT, 1990. I was conducting a chemical experiment and didn’t realize the pressure had built up until there was a huge explosion!
Jennifer Doudna

How I was asked to prom: ‘Prom?’ spelled out with growth medium in a grid of mini test tubes.
Jiwoo Lee