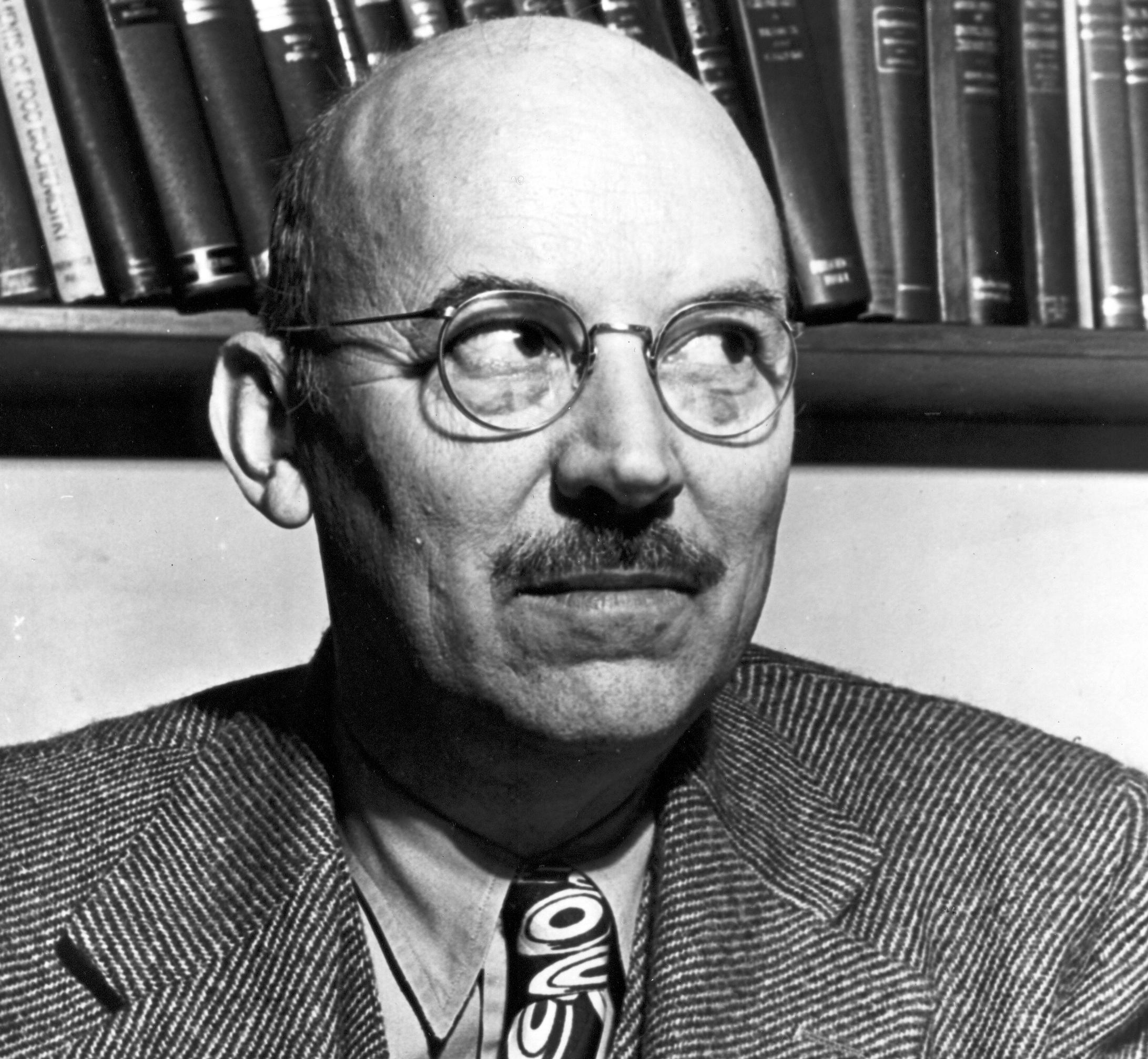 Wendell Mitchell Latimer was one of Gilbert N. Lewis' happiest selections for the building of the Department of Chemistry. He won world recognition as a scientist; and during the period of expansion following World War II, he was largely responsible for selecting the young men who are maintaining the distinguished position of the Department. Chemistry lost one of its versatile contributors on July 6, 1955, when he died at the age of sixty-two. Weakened by successive gall bladder operations, although he appeared for awhile to be recovering satisfactorily, a recurrence of the difficulty weakened him further and he departed in his sleep. He leaves his wife, Glatha (Hatfield) Latimer; a son, Robert Milton Latimer, who is a student of chemistry; a daughter, Mrs. Eleanor L. Colborn; and two grandchildren, Diane and Robert Edgar Colborn.

Latimer was born in Garnett, Kansas, April 22, 1893. He entered the University of Kansas planning to become a lawyer, but finding that he enjoyed mathematics, he sought some subject to which he might apply it. His first contact with chemistry came during his third year at the University. The subject captured his interest and he decided to become a chemist. He received the B.A. degree from the University of Kansas in 1915 and served as Instructor there from 1915-1917. The reputation of G. N. Lewis and his study of some of Lewis' papers led him to Berkeley for graduate study, and he received the Ph.D. degree here in 1919. His thesis research was concerned with low-temperature calorimetry under the direction of G. E. Gibson. He was retained as a member of the staff and attained the full professorship in 1931. He was Assistant Dean of the College of Letters and Science, 1923-1924; Dean of the College of Chemistry, 1941-1949; and Chairman of the Department of Chemistry, 1945-1949. He served, from time to time, as a member of such major committees of the Academic Senate as Budget and Interdepartmental Relations, Educational Policy, and the Committee on Committees. He was a strong champion of high faculty standards of competence and responsibility. He was Guggenheim Memorial Foundation Fellow in Munich in 1930. He was Associate Editor of the Journal of Chemical Physics, 1933-1935; Associate Editor of Chemical Reviews, 1940-1941; and since 1937 was Editor of the Prentice-Hall Chemical Series.

Latimer was active in National Defense Research Committees from 1941-1945 in the fields of oxygen production, chemical warfare, and plutonium research. He was director of a Manhattan Engineering District project in the Department of Chemistry on the chemistry of plutonium from 1943 to 1947, and has been a leader of research in the Radiation Laboratory. He supervised war work on the effect of meteorological conditions upon the behavior of toxic gases. This activity led him to England in 1943, and to Panama, Australia, and New Guinea in 1944. After the war he served as a member of the Office of Naval Research Panel on Research Contracts on Chemistry, 1949-1952; of the Special Weapons Panel of the Atomic Energy Commission, 1949-1951; and the Army Chemical Research Board, 1946-1951.

Latimer had a stimulating effect on his colleagues and students. He was mainly responsible for initiating a seminar on nuclear chemistry that interested such men as Libby, Seaborg, Wahl, and Kennedy and helped lay the foundation for the discovery of plutonium. The first separation and identification of the new element plutonium depended on the relative oxidation potentials of the heaviest elements, and the fact that Latimer was available for consultation contributed to the discovery of this extremely important element.

Latimer received the United States Presidential Certificate of Merit for his contributions during World War II. At the time of his death, he was looking forward to attending meetings of the International Congress of Pure and Applied Chemistry in Zurich, and the State Department's Atoms for Peace Conference in Geneva later that year.

His first paper, published in 1920 and entitled Polarity and Ionization from the Standpoint of the Lewis Theory of Valence, with W. H. Rodebush as coauthor, was one of his most important. It contained the first clear recognition of the hydrogen bond as distinct from ordinary dipoles. The properties of numerous substances, including water, are largely determined by hydrogen bonding. The basic idea has found very wide and rapidly increasing application. For example, Linus Pauling, in his book The Nature of the Chemical Bond, devotes some fifty pages to the discussion of examples of hydrogen bonding, and he states: “I believe that as the methods of structural chemistry are further applied to physiological problems it will be found that the significance of the hydrogen bond for physiology is greater than that of any other single structural feature.”

Latimer's some one hundred scientific contributions are largely concerned with the application of thermodynamics to chemistry. However, he worked on such diverse subjects as dielectric constants, coefficients of expansion at low temperatures, thermoelectric effect and electronic entropy, the ionization of salt vapors, radioactivity, and astrochemical processes involved in the formation of the earth.

He was the first in the United States to liquefy hydrogen and to make measurements in that region of temperature. His leadership had a major influence on the subsequent work of W. F. Giauque, who extended the field to even lower temperatures. He used low-temperature data in conjunction with the third law of thermodynamics to determine the entropies and free energies of aqueous ions. This work supplied much of the material included in his outstanding book, Oxidation Potentials (1938 and 1952). He wrote A Course in General Chemistry with W. C. Bray, and Reference Book of Inorganic Chemistry with J. H. Hildebrand.