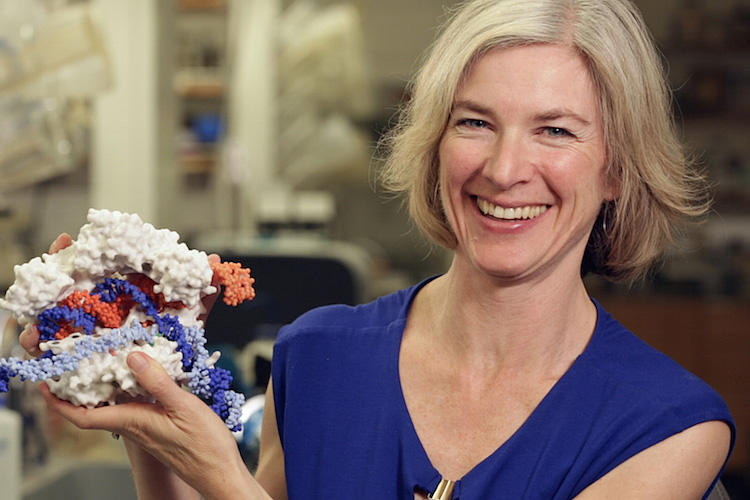 The patent (No. 10,301,651) covers techniques that enable sequence-specific repression or activation of gene expression in all types of cells, including both prokaryotic (bacteria) and eukaryotic (plant and animal) cells. These unique methods form a toolset for controlling gene expression that effectively enables genes to be turned up or down.

"Today's patent further builds on the numerous CRISPR-Cas9 techniques covered by UC's patents, and the university is committed to ensuring the technology is used to benefit society," said Eldora L. Ellison, the lead patent strategist on CRISPR-Cas9 matters for UC and a director at Sterne, Kessler, Goldstein & Fox. "We anticipate that UC's robust portfolio of intellectual property surrounding its CRISPR-Cas9 inventions will continue to expand."

Today's patent is the fifth in UC's swiftly growing CRISPR-Cas9 patent portfolio. Five additional applications have received notices of allowance and are expected to be issued as patents in the coming months.

The CRISPR-Cas9 DNA-targeting technology was invented by Jennifer Doudna and Martin Jinek at UC Berkeley, Charpentier, then of Umeå University in Sweden but now a director at the Max Planck Institute for Infection Biology in Germany, and Krzystof Chylinski at the University of Vienna. The methods claimed in this patent were included among the CRISPR-Cas9 technology disclosed first by the Doudna-Charpentier team in its May 25, 2012, priority patent application.

The international scientific community has widely acknowledged the pioneering nature of the Doudna-Charpentier invention of the CRISPR-Cas9 gene editing technology and its applications through numerous awards, including the Breakthrough Prize in Life Science, Japan Prize, Gruber Prize in Genetics, BBVA Frontiers of Knowledge Award and Kavli Prize in Nanoscience.

In addition to these U.S. patents, the work of the Doudna-Charpentier team has resulted in patents for the use of CRISPR-Cas9 for gene editing in all types of cells from the European Patent Office, which represents more than 30 countries, as well as patent offices in the United Kingdom, China, Japan, Australia, New Zealand, Mexico and other countries.

The UC has a long-standing commitment to develop and apply its patented technologies, including CRISPR-Cas9, for the betterment of humankind. Consistent with its open-licensing policies, UC allows nonprofit institutions, including academic institutions, to use the technology for non-commercial, educational and research purposes.

Doudna is a UC Berkeley professor of molecular and cell biology and of chemistry, a Howard Hughes Medical Institute investigator and executive director of the Innovative Genomics Institute, a joint research center involving Berkeley and UC San Francisco.

When scientists fight to save the climate
END_OF_DOCUMENT_TOKEN_TO_BE_REPLACED