Turning chemical bonds inside out

Imagine a future where chemists could restructure the morphine molecule to have the opiate pain management value but not the addictive side effect. That is one possible outcome of an exciting new process being reported in Science magazine from the chemistry lab of Richmond Sarpong at UC Berkeley. In “Deconstructive fluorination of cyclic amines by carbon-carbon cleavage” (Science, July 2018) a team of Berkeley researchers has reported on a new approach to providing a general entry to the deconstructive functionalization of cyclic amines.

Currently carbon-carbon double bonds can be readily split for further functionalization. However, C–C single bonds, especially when they are unstrained, remain relatively inert. The Berkeley team is reporting a new method that cleaves C–C bonds in nitrogen-containing rings. Using an excess of a silver salt and a common fluorinating reagent, the reaction unfurls the ring to a linear alkyl chain with a fluorine atom at one end. In some cases, the method also introduces a formyl group on the nitrogen at the other end.

“Our lab research focuses on looking for better ways to develop organic pharmaceuticals and crop protection compounds,” states Professor of Chemistry, Richmond Sarpong. We asked the question, “What if we can alter a molecule from the inside instead of only modifying the periphery? Asking this allowed the research team to see the problem in a whole new light.” 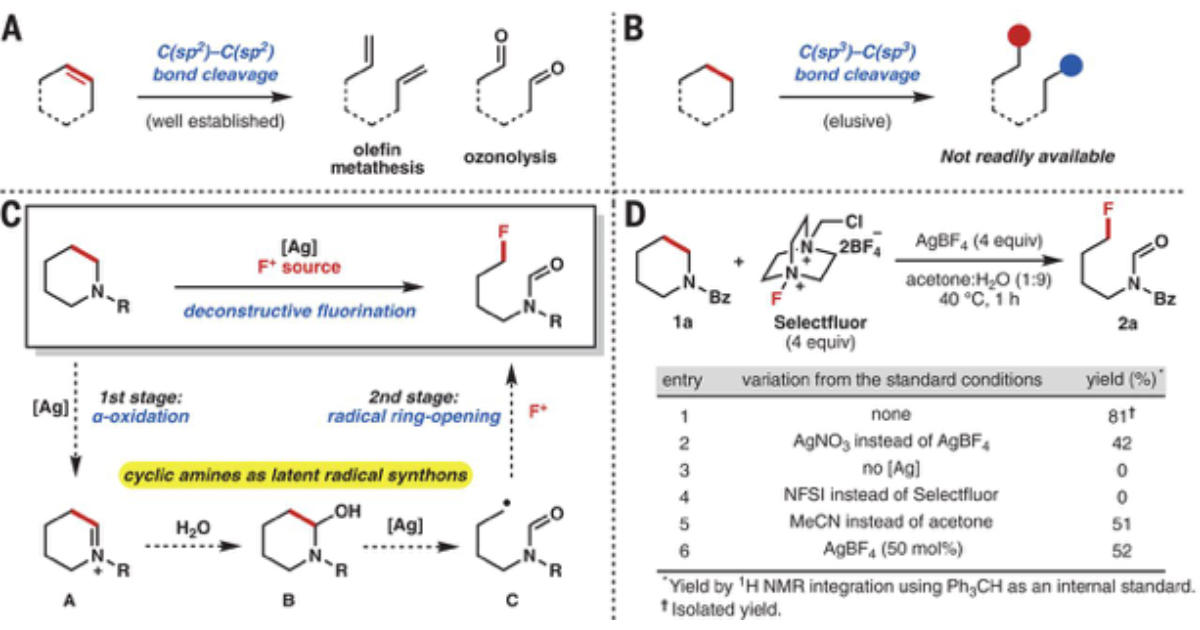 The technique involves breaking C–C bonds in nitrogen-containing rings. An amount of silver salt along with a dose of a fluorinating reagent (an electrophilic fluorine) is introduced. The resulting transformation starts with the silver first oxidizing the α carbon that lies just next to the nitrogen. That is followed by a radical mechanism involving the scission of the β carbon in a ring-opening fluorination. 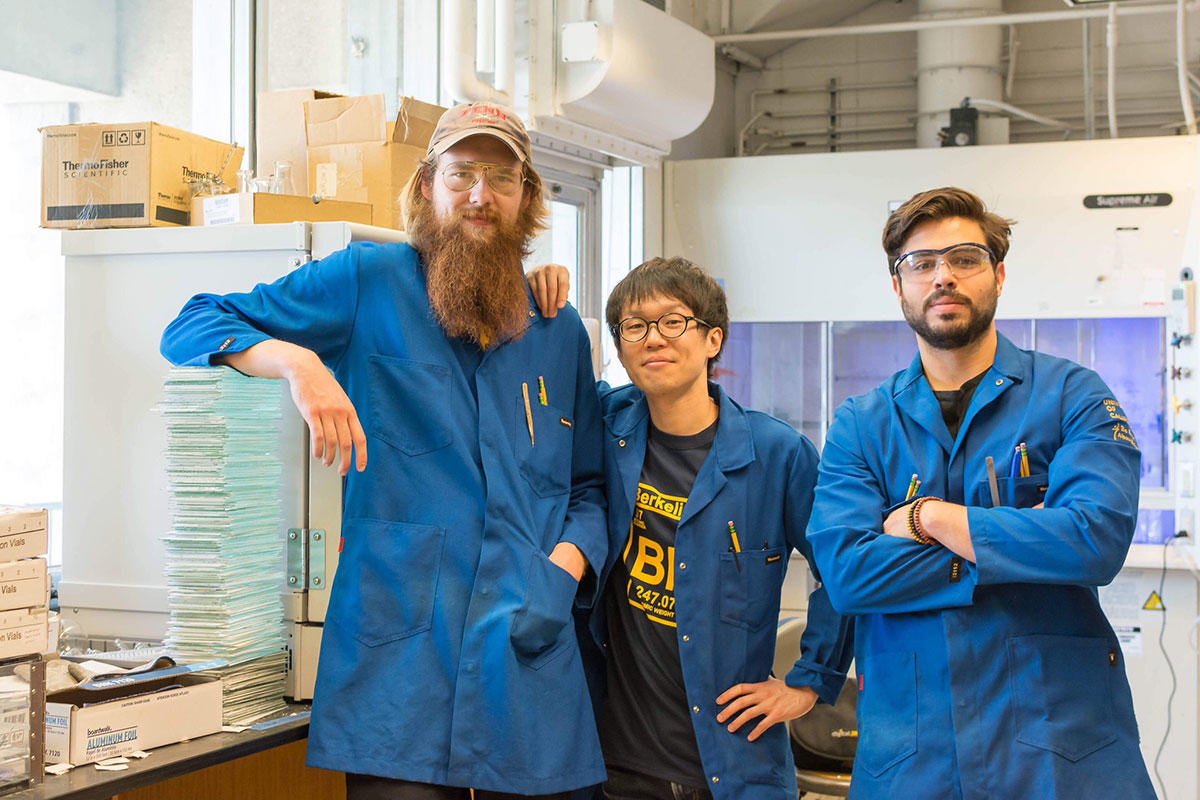 Lead researcher Jose Roque commented, “One strict requirement when working on this problem was that the solution had to be simple and practical in order to facilitate widespread adoption. Ultimately, we designed a highly orchestrated process which required thorough examination of the chemical literature and a bit of creativity as certain parts of the process was previously unknown.”

Roque continues, “I think this work has immediate impact as it allows the exploration of novel chemical space and provides a simple way to make deep-seated structural changes in a molecule. This method ultimately can serve as an initial framework to start thinking about strategic ways chemists can begin to utilize bonds previously thought to be unreactive.”

The research team has now added the first deconstructive fluorination to the synthetic chemists’ toolbox. This demonstrated reaction breaks open cyclic amines and functionalizes them in an unusual way. “This is the first time we have seen this strategy work on single bonds in six, seven and eight-membered rings,” Sarpong stated. ‘We are particularly excited that we can now make non-canonical peptides bearing fluorines from pipecolic acid derivatives.”

For more information regarding this paper, contact Professor of Chemistry, Richmond Sarpong rsarpong@berkeley.edu

Building a community of belonging
END_OF_DOCUMENT_TOKEN_TO_BE_REPLACED