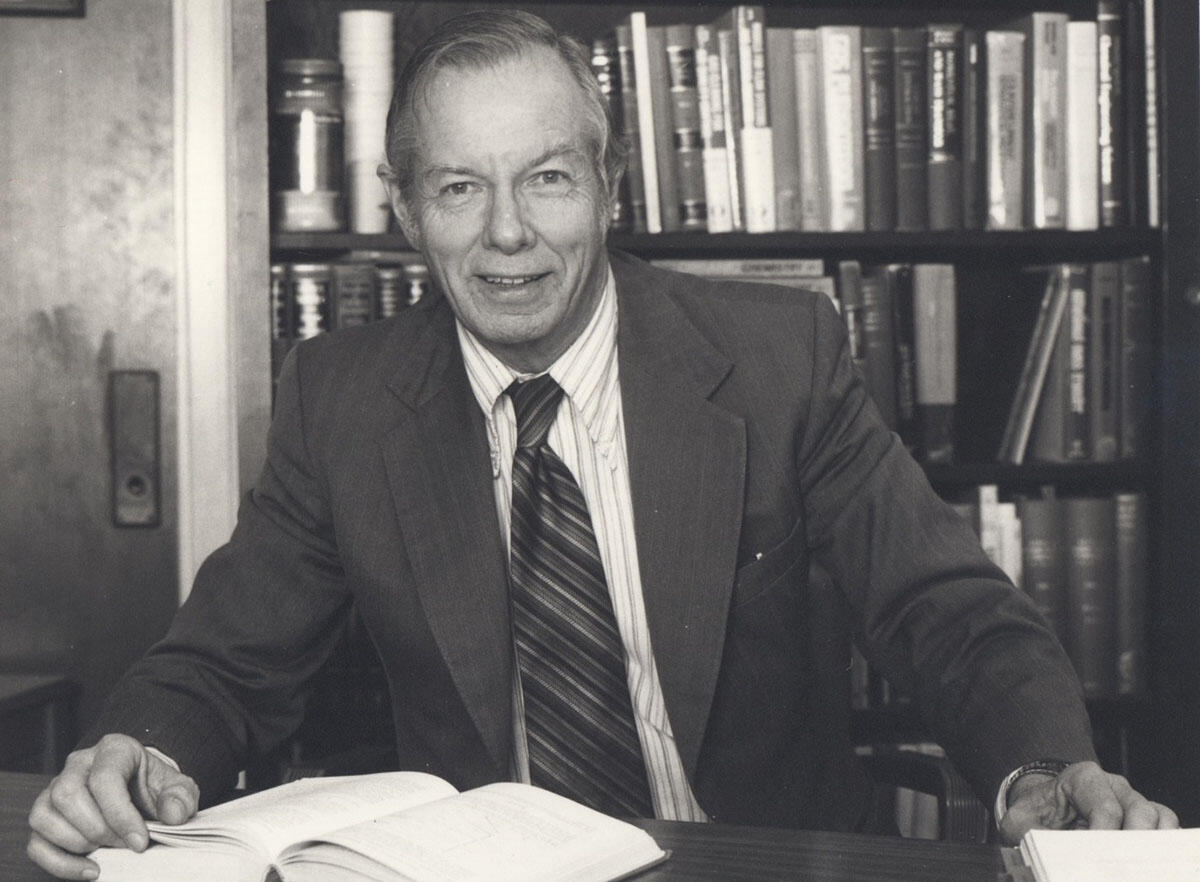 Professor Theodore (Ted) Vermeulen (1916-1983), Professor of Chemical Engineering and Director of the Water Thermal & Chemical Technology Center, passed away on October 28, 1983 after a brief but valiant fight against leukemia. His untimely illness ended a distinguished career in chemical engineering teaching, research and professional practice, which included more than 36 years of dedicated service to the University of California.

Ted was born in Los Angeles, California, in 1916. He graduated from Belmont High School and received the B.S. and M.S. degrees in Chemical Engineering from California Institute of Technology in 1936-37. After two years as a chemical engineer with Union Oil Company, he entered graduate school at UCLA where he received in 1942 the first Ph.D. degree in Chemistry granted by that Department. His thesis on the structural chemistry of ferrihemoglobin and color theory was completed under the guidance of Professor C. D. Coryell.

Following his doctorate from UCLA, Ted worked with the Shell Development Company in San Francisco, California, from 1941 until 1947. His industrial experience involved work in catalysis and other areas of applied chemical kinetics. He soon became aware of the need for teaching and research in this field, which encouraged him ultimately to pursue an academic career with a central interest in these subjects.

In the fall of 1946, a new chemical-engineering curriculum was introduced in the College of Chemistry at Berkeley under the direction of Professor Phillip Schutz, with the participation of two instructors, LeRoy Bromley and Charles Wilke. When Professor Schutz unexpectedly became terminally ill, Ted was recruited by Dean Wendell Latimer, with the support of Professors Hildebrand and Pitzer, to direct the continuing development of the program. This choice was a wise one as Ted immediately began a period of arduous administrative and teaching activity which established the foundations for future growth and led to accreditation of the curriculum. The faculty was expanded to include D. N. Hanson and C. W. Tobias in 1947 and F. C. Williams in 1948. A Division of Chemical Engineering in the then Department of Chemistry and Chemical Engineering was created in 1951 with Ted as the first Chairman.

Following the customary rotation out of the chairmanship in 1953, Ted continued to contribute to the academic progress of the University by service in the Department and in various committees of the Academic Senate. During his years with the University, he served on almost all the major Senate Committees including Budget and Interdepartmental Relations, Buildings and Campus Development, Educational Policy, Public Relations, Committee on Committees, and Council for Educational Development. He was particularly proud, and deservedly so, of his participation in the (Muscatine) Select Committee on Education from 1965-67, during the period of student unrest. In the Department, Ted was instrumental in the establishment of the options programs and the joint degrees with Materials Science and Nuclear Engineering, and was a dedicated student adviser. He believed that a professor should be able to teach any undergraduate course in the curriculum, and in the early years set a personal example. In 1980 he assumed the Directorship of the Sea Water Conversion Laboratory and broadened its scope and changed the name to the Water Thermal and Chemical Technology Center.

In addition to his broad range of activities in academic affairs, Ted was an outstanding chemical engineer with many and diverse research interests. He is possibly best known for his research on ion exchange, adsorption and other fixed-bed operations for which he and his students placed the design and analysis on a sound, fundamental basis. His early papers with Nevin Heister, who received our first Ph.D. in Chemical Engineering, are classic contributions. His later comprehensive review articles with Heister, Klein, and LeVan in Perry's Chemical Engineers Handbook and the Kirk-Othmer Encyclopedia of Chemical Technology are considered to be the leading authoritative reference sources for chemical-engineering design and the analysis of fixed-bed separation processes.

Ted also initiated important pioneering studies in the phenomenon of axial dispersion in various types of separation equipment including packed columns use for liquid-liquid extraction where the effect can be very important. His studies at Berkeley with Professor Miyauchi of the University of Tokyo, along with those of J. Moon and A. Hennico, resulted in the currently used design procedures for axial dispersion effects.

A third major pioneering work was the measurement and interpretation of the interfacial areas of dispersions in agitated vessels employed for mass-transfer processes. By means of a unique optical probe, he was able to measure the sizes of bubbles and drops and correlate their interfacial area with physical properties of the fluids and mixed power input.

In recent years, much of Ted's research turned to the important problem of making synthetic fuels from coal. In collaboration with Professor Grens he pursued the investigation of catalysts for coal hydrogenation under low severity conditions.

His interests included many other subjects which, along with those mentioned above, provided a basis for the theses of ninety-seven graduate students who worked under his guidance.

Ted's outstanding contributions to research and chemical-engineering education were recognized by his peers in many ways and included the William H. Walker Award of the American Institute of Chemical Engineering and the Chemical Engineering Lectureship of the American Society for Engineering Education. He was frequently invited to give lectures at other universities and in many foreign countries. His services were sought as an industrial consultant, and for eighteen years he served as a director of the Memorex Corporation. At the time of his death, he had been nominated to membership in the National Academy of Engineering.

In 1939 Ted married Mary Dee Cole, whom he had known since high school. They had two sons, Raymond and Bruce. Mary Dee, a talented and gracious partner in life, provided Ted with important moral and personal support in his many professional activities, and herself served the University in many ways including the welcoming and entertainment of many students and visitors over the years.

In addition to his professional contributions, Ted will always be remembered by those who knew him for his vibrant, enthusiastic, cheerful and outgoing personality, warm friendship, and helpfulness to his colleagues, friends, and students. He was always generous with his time and willing to discuss personal problems. Many students credit Ted with helping them through difficult times in their academic and personal lives. By his own example of hard work, wide-ranging technical interests, and personal kindness, he served as an inspiration to those with whom he had contact. His outlook and sense of values are exemplified by his statement of personal philosophy in Who's Who in America, “Idealism blended with realism--dreaming the impossible dream and fitting it into the art of the possible.” He will be sorely missed by his students, colleagues, and the University which he loved and served so well. 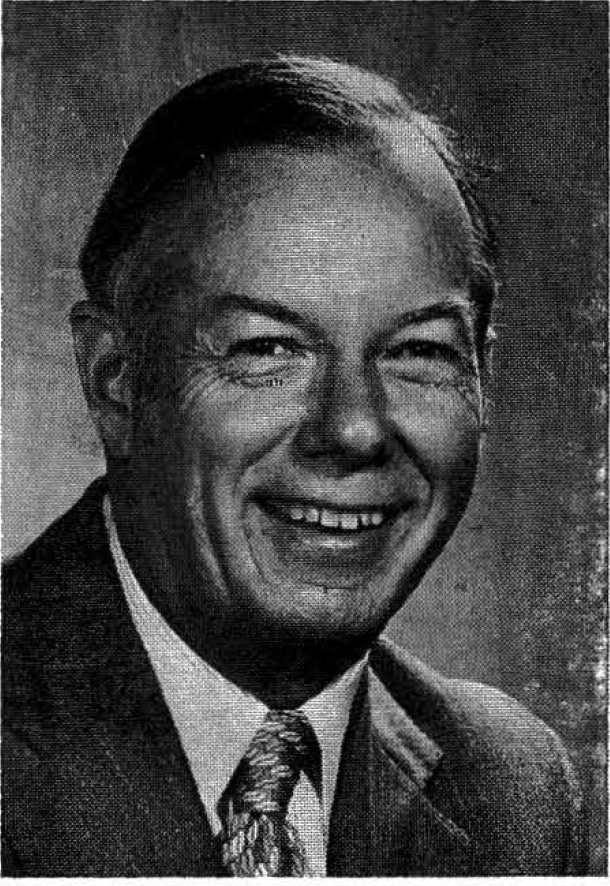