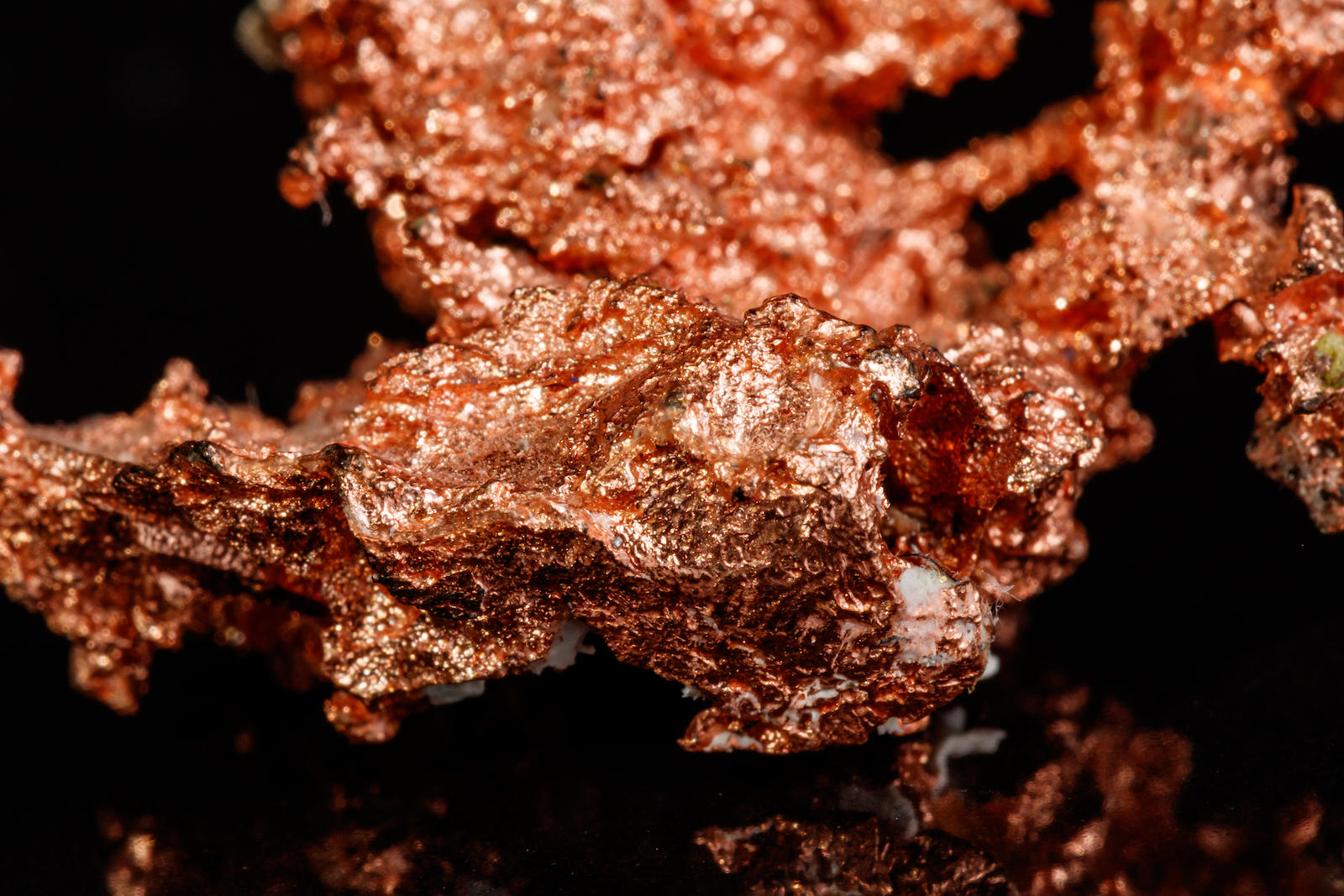 A close-up of a piece of copper ore. (Credit: Coldmoon Photoproject/Shutterstock)

They say it’s better to have had something special and lost it than to have never had it at all. Who would have thought that sentiment holds true for metal oxide catalysts? According to scientists at Lawrence Berkeley National Laboratory (Berkeley Lab) and Caltech, copper that was once bound with oxygen is better at converting carbon dioxide into renewable fuels than copper that was never bound to oxygen.

These scanning electron microscopy images show the copper catalyst structure at different stages. (a) The catalyst prior to running any reactions. The cube structures on the surface are a result of the oxide. (b) What the catalyst looks like after running the CO reduction chemistry; all the oxygen is gone. (c) The catalyst after intentionally adding oxygen back to the metal as a way of recovering the performance of the catalyst. Copper oxide has formed in small nanoparticles on top of the smooth copper metal surface. (Credit: Lee et al./ACS Catalysis)

For their study, now published in the journal ACS Catalysis,  the scientists performed X-ray spectroscopy on working solar fuel generator prototypes to demonstrate that catalysts made from copper oxide are superior to purely metallic-origin catalysts when it comes to producing ethylene, a two-carbon gas with a huge range of industrial applications – even after there are no detectable oxygen atoms left in the catalyst.

“Many researchers have shown that oxide-derived copper catalysts are better at making fuel products from CO2; however, there is debate about why this occurs,” said research co-leader Walter Drisdell (Ph.D. 2010, Chem), a Berkeley Lab chemist and member of the Joint Center for Artificial Photosynthesis (JCAP). JCAP’s mission is to develop efficient, solar-powered technologies that can convert atmospheric CO2 into petroleum alternative fuels. Drisdell and his colleagues say their discovery is an important advance towards that goal.

He explained that under operating conditions for fuel generation – which involves first converting the CO2 into carbon monoxide then building hydrocarbon chains – the copper-bound oxygen is naturally depleted in the catalyst. However, some researchers believe that small amounts of oxygen remain in the metal structure, and that this is the source of the increased
efficiency.

To resolve the debate, the team brought a gas chromatography (GC) system to the X-ray beamline so they could detect ethylene production in real time. “Our collaborators from Caltech drove the GC all the way from Pasadena and installed it at the X-ray facility in Palo Alto,” said Soo Hong Lee, a postdoctoral researcher at Berkeley Lab and co-lead author of the study. “With it, we showed that there is no correlation between the amount of oxygen (‘oxide’) in the catalyst and the amount of ethylene produced. So, we think that oxide-derived catalysts are good, not because they have oxygen remaining while they reduce carbon monoxide, but because the process of removing the oxygen creates a metallic copper structure that is better at forming ethylene.”

The team further showed that although oxide-derived catalysts’ efficiency wanes over time, it can be regularly “reactivated” by re-adding and re-removing oxygen during a simple maintenance process. Their next step is to design a fuel-generating cell that can operate with X-ray scattering instruments, allowing them to directly map the changing structure of the catalyst while it converts carbon monoxide into ethylene.

The research team also included Ian Sullivan and Chengxiang Xiang at Caltech, and David Larson, Guiji Liu, and Francesca Toma at Berkeley Lab. This work was supported by the U.S. Department of Energy (DOE) Office of Science. JCAP is a DOE Energy Innovation Hub.