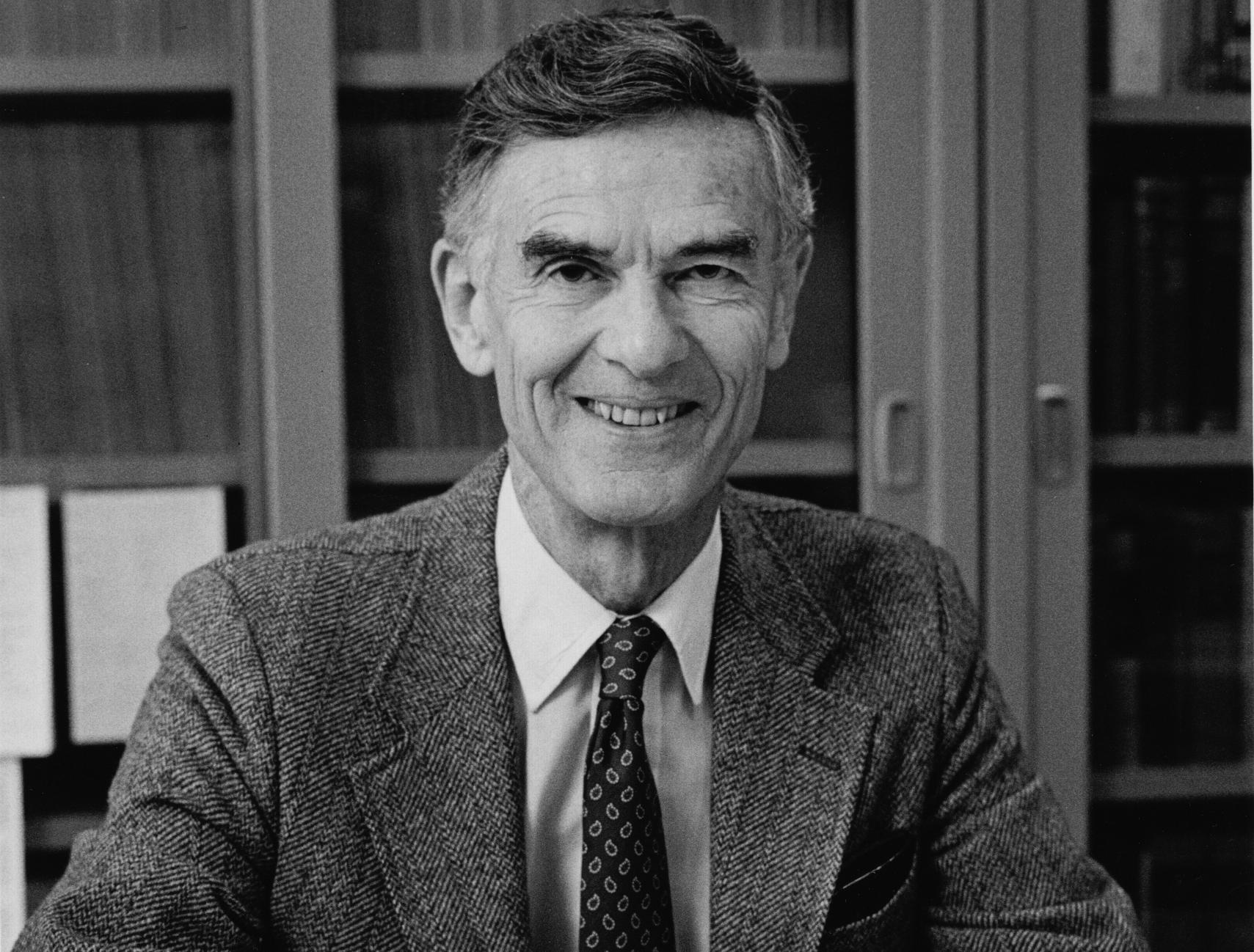 By Gabor Somorjai and Judson King
Robert (“Bob”) Connick was born July 29, 1917, in Eureka, California, to Florence and Arthur Connick. His father was a banker. When Bob was 12, his family moved to Berkeley. He attended Berkeley High School and went on to study chemistry at the University of California, Berkeley, obtaining his B.S. in 1939 and Ph.D. a remarkably short time later in 1942. Connick then become a chemistry professor at UC Berkeley and remained there for his entire career. From 1943 to 1946, he was a research associate on the Manhattan Project. Soon after the discovery of plutonium, when only miniscule amounts of that new element were available, he researched the fundamental chemical properties of plutonium and separation techniques for recovering it. In early 1943 he and John Gofman oversaw a team that irradiated a ton of uranyl nitrate by placing the material around Ernest Lawrence’s cyclotron for six to seven weeks, and then by using various chemical extraction processes secured a mere milligram of plutonium, thereby doubling the world’s supply at a time when plutonium was critically needed for research on its chemical properties. His studies revealed plutonium’s complicated oxidation-reduction properties and the existence of its many complex ions, providing scientific bases for the production-scale separation processes that were implemented at Hanford, Washington, leading to the Trinity-test and Nagasaki “Fat Man” atomic bombs.

After the war Connick turned his attention to devising new methods for determining the chemical properties of zirconium, ruthenium, and other heavy elements. He also used novel techniques to investigate very fast chemical reactions, and was an early user of nuclear magnetic resonance (NMR) to study inorganic complex ions. He also devised new instrumental systems that would reveal the detailed courses of very fast reactions. These accomplishments gained his election to the National Academy of Sciences in 1963.

Connick had other talents that became well appreciated and utilized and which brought him additional distinction and new challenges. He was recognized by College of Chemistry deans Wendell Latimer and Kenneth Pitzer as an excellent academic administrator and judge of faculty talent. He became chair of the Department of Chemistry (1958-60) and then followed Pitzer as dean of the College of Chemistry (1960-65). He was recognized as effective, fair, and having excellent judgment. This was particularly evident at the time of the heated Academic Senate discussions during the free-speech controversy of 1964.  In 1965 he chaired the campus-wide search committee that sought a new chancellor for the Berkeley campus who could lead it out of those trying and turbulent days. That committee found and recommended Roger Heyns, who was appointed but could not start until six months later. Heyns, in turn, selected Connick as vice chancellor for academic affairs and Earl (Budd) Cheit as executive vice chancellor, and the two of them oversaw the Berkeley campus until Heyns was  installed. Bob served in a highly effective, perceptive and calming way as a vice chancellor throughout the Heyns chancellorship until 1971.

Next, in a highly unusual step, Bob was asked by the Academic Senate to serve as chair of the Berkeley Division of the Senate for 1974-76. That appointment, moving him so soon from one side of the shared governance relationship to the other, was indicative of the very high esteem in which he was held by his faculty colleagues. That esteem, now evident across all nine campuses, led subsequently to his selection as chair of the university-wide Academic Council for 1982-83. Finally, as a mark of his love for the university, Bob agreed to spend the last year before his 1988 retirement as interim dean of the College of Chemistry once again, as a sudden need arose because of the appointment of the then-present dean to a provost position.

Bob received many recognitions of his science and service. Among them were two Guggenheim Fellowships, in 1948 and 1958. In 1968, while also vice chancellor, he was the G. N. Lewis Lecturer for the College of Chemistry. In 1971 Connick received the Berkeley Citation, awarded to select faculty members and administrators whose contributions to UC Berkeley go beyond the call of duty and whose achievements exceed the standards of excellence in their fields. Then in 1988 he was also awarded the Berkeley Medal, the highest honor bestowed by the campus.

In 1952, Bob married Frances Jane Speith, who in 1947 had also received her doctorate from Berkeley’s College of Chemistry. Frances taught chemistry at San Francisco City College from 1968 until her retirement.  She too was a department chair and was active in Academic Senate posts. Frances and Bob had six children – Mary, Elizabeth, Arthur, Megan, Sarah, and William (who went on to be a prominent chemistry professor at the University of Cincinnati before his death in 2018). After their retirements, Bob and Frances pursued their lifelong passion for finding and studying petroglyphs, presenting their findings at symposia and documenting and publishing their analyses. They are credited with reporting one of the oldest petroglyph sites in North America, at the dry Winnemucca Lake in Nevada. The Connicks traveled extensively as well, to all continents except Antarctica. Bob and Frances were married for 57 years until her death in 2009.

Bob was a trustee of Mills College in Oakland and a longtime member of the Bohemian Club. He constantly sought and responded to ways in which he could be useful and helpful and could satisfy his own innate curiosity. He had strong interests in California native plants and the environment in general. He was a councilor for the Save the Redwoods League. In his later life he was often seen removing trash, clearing brush, and maintaining trails on his daily walks in areas near the longtime home of the Connicks in Kensington, just north of Berkeley.

Bob was known to colleagues and students as a man of the utmost integrity and reliability. Seemingly reserved, he was always gracious in his use of language. Yet he also possessed a strong sense of humor, an inherent generosity, and the ability to make difficult decisions on challenging matters. He was always interested in, and solicitous of, other people. He passed away August 21, 2014, at his Kensington home at the age of 97.