Remembering David Chandler’s love of art and his wonderful collection

June 3, 2020
by Robert Harris, Professor of the Graduate School

Editor's note: This story was first presented by Professor Harris at a memorial for David Chandler, Professor Emeritus of Chemistry, 1944-2017. 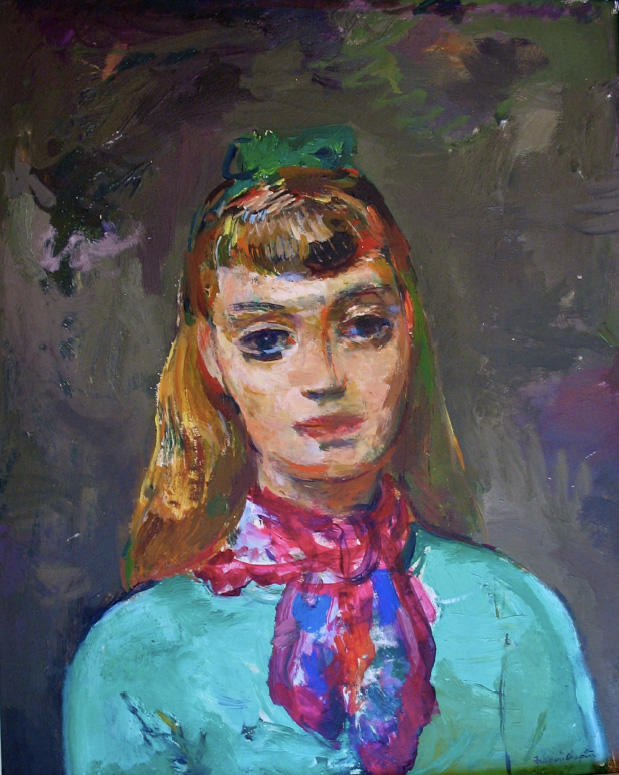 Portrait of Christine Chapin Harris, wife of the author, by her father Francis Chapin, oil, 1947

I first learned of David’s interest in art a few years before he came to Berkeley, when we were at a meeting in Chicago. I invited him to my wife Christine’s family home where I was staying. David expressed appreciation, knowledgeable appreciation, of the paintings by Christine’s father, Francis Chapin, in the house.

It was clear to me at the time that he was aware of and enjoyed looking at paintings. This realization was amplified when he arrived in Berkeley. David, his wife Elaine, and their two daughters came to dinner at our house which was also filled with Christine’s father’s art. Soon after, he asked Christine if she could suggest a local artist. He wanted to buy some art and give it as a present to Elaine. Christine recommended some family friends who were artists and who lived in Berkeley.  I took David to their loft and he immediately chose a monotype by John Sparagano.

When we visited the Chandler’s house, we were astounded by the collection on the walls and in colander boxes, and by his knowledge of each work. Over the piano hung  John’s monotype that David had purchased. A place of honor I thought. 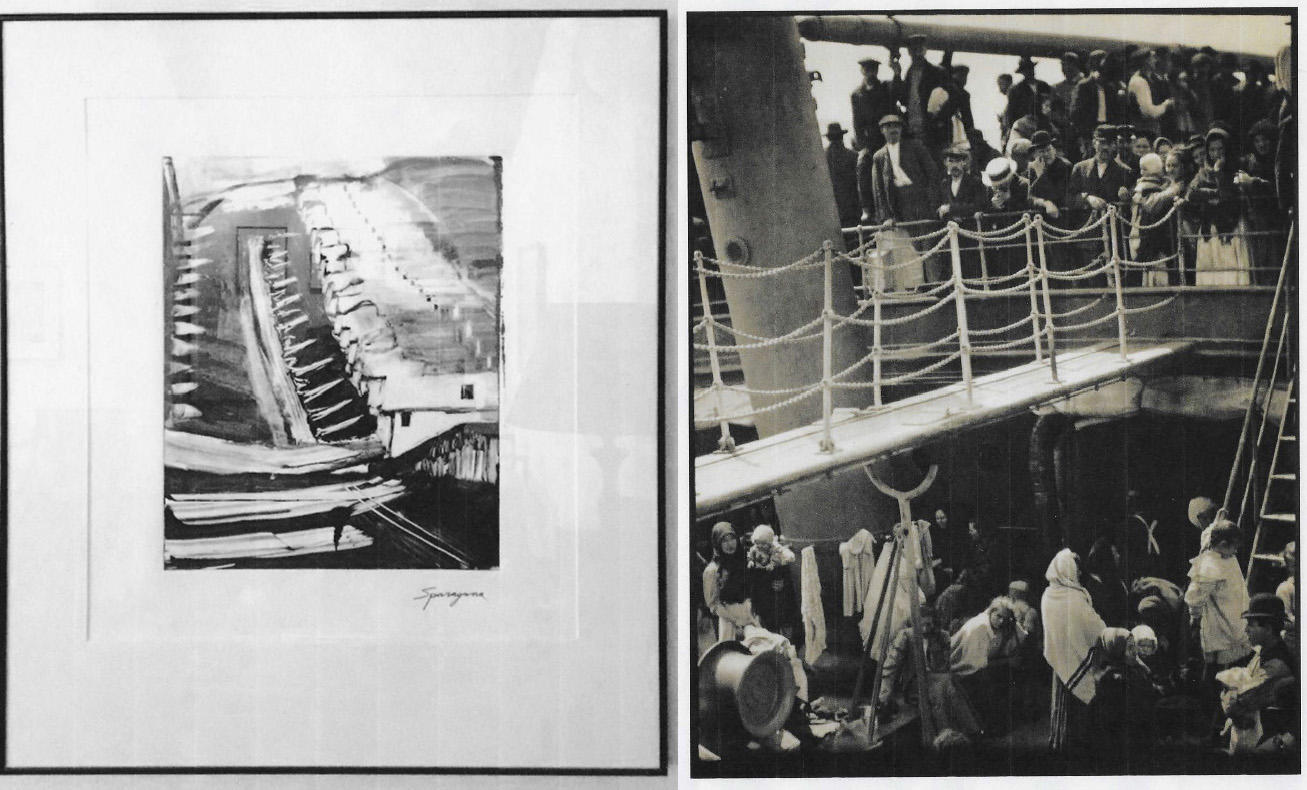 David's collection mainly came from his father, who was clearly knowledgeable and loved what he purchased, including such iconic works as Alfred Steiglitz’s “Steerage.” This love was passed on to David, who was justly proud of his collection.

Through the years, David added to the collection. He would let me know what he bought, and how he loved the pieces. I quote from an email he sent me a few years ago, the subject being a Pissarro etching. “I don’t know if we told you. Last year we purchased a copy of this etching. We hung it in our bedroom. I love it.” 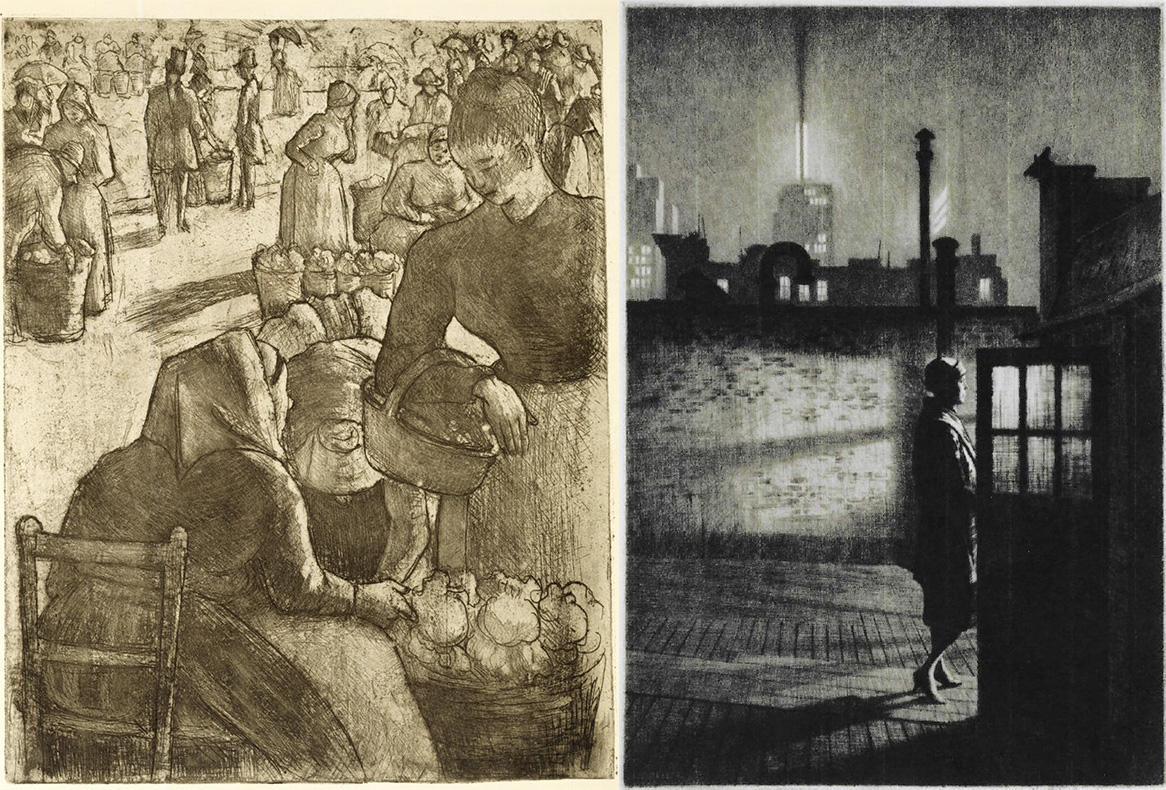 For a number of years David expressed interest in obtaining an Edward Hopper etching. He manifested this interest by purchasing the etching, "Little Penthouse" by Martin Lewis. Martin Lewis taught Hopper etching and had subjects similar to Hopper’s.

When David's cancer returned with ferocity it seemed clear that it was now or never for obtaining a Hopper etching. In 2016 David bought the beautiful etching "Night Shadows" by Hopper. He wrote to tell me, “I did it! I purchased ‘Night Shadows.’ If you’d like to see it, drop in some time.” 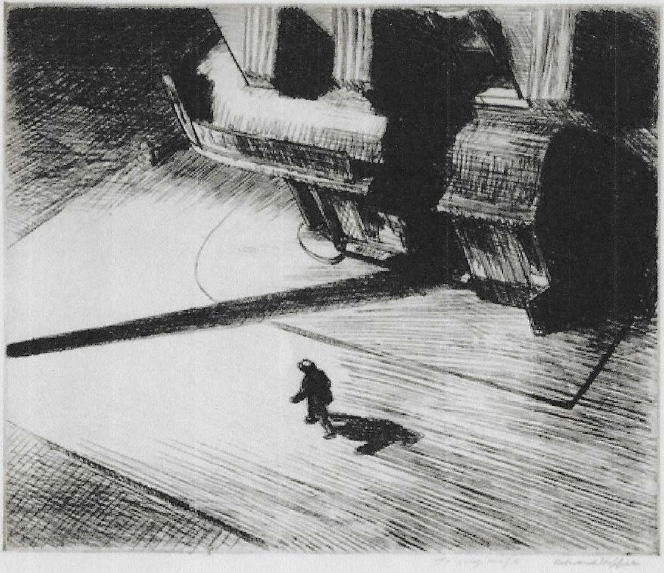 Christine, Katie Kahn, John Sparagano’s wife, and I took David up on his invitation and went to see the new Hopper etching. It was beautiful. David was justly proud. Over the piano, after thirty years, still hung John’s monotype. It is now in wonderful company!

David loved art. He did not collect art as an investment. He chose and purchased relatively unknown as well as famous artists. The works of art he owned were part of his family.

Like his science they are testaments to his great passion.