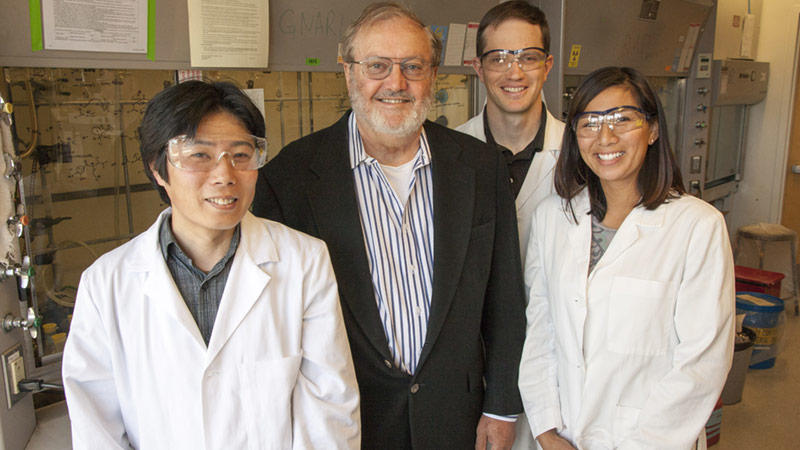 Life is what happens when you are making other plans. Just ask chemistry professor Ken Raymond, who, thanks to a new DOE grant and a successful startup, is finding his retirement busier than expected.

Raymond has just received a three-year $450,000 grant from the Department of Energy to continue his research on energy transfer in lanthanide luminescent complexes. The grant-funded research "aims at investigating the energy transfer process in lanthanide complexes with organic ligands with a unique combination of experimental techniques, time-resolved UV-visible light spectroscopy and X-ray emission spectroscopy."

Raymond, a Chancellor's Professor, officially retired eight years ago. A few years later he gave up his National Institutes of Health R01 grant, which he used to study the chemistry of how organisms fight to accumulate iron. Says Raymond, "My R01 grant had been continuously renewed for over 40 years, which is probably close to a record. But the study of iron was moving more into the realm of biology, I had other interests, and I felt it was time to give up the grant and the research it funded."

Raymond maintains a small research group and continues to teach the college's X-ray crystallography course. What he didn't anticipate is that a second line of research, and a small startup he founded 16 years ago, would bear fruit late in his career.

In addition to its work on iron biology, for many years the Raymond lab has studied coordination complexes, typically consisting of a central metal atom bound inside a cage-like structure of organic molecules. The Raymond lab currently works with the research groups of Dean Toste and Robert Bergman on supramolecular organometallic catalysts.

Sixteen years ago, Raymond filed an invention disclosure with the campus office of technology transfer. His coworkers had discovered a lanthanide complex that had several desirable properties as a biomedical luminescence agent. The lanthanides, along with the elements scandium and yttrium, are known as the rare earths. The lanthanides occupy the row just above uranium and the other actinides, along the bottom of the period table.

His terbium complex had a very high quantum efficiency, yielding a bright and long-lasting glow. In addition, the terbium complex was chemically stable and produced a very consistent, spectrally narrow signal.

Raymond licensed his discovery back from UC and founded Lumiphore. It has remained a small company with just a handful of employees, located in a business incubator park in Berkeley. Yet steadily over the years its patent portfolio and list of industry collaborators has grown. 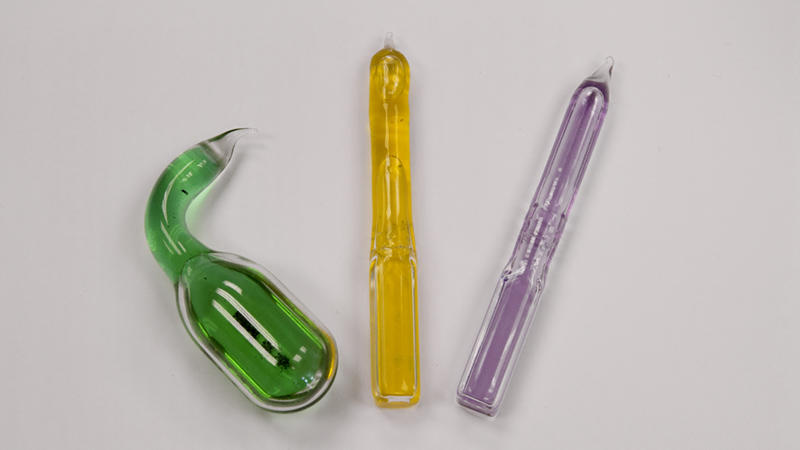 Lumiphore has also developed actinide chelators. Algeta, a Norwegian company that has been acquired by Bayer, uses actinide chelators to bind thorium-227, an alpha particle emitter, to monoclonal antibodies that attach to cancer cells. Once attached, the highly localized radiation attacks nearby cancer cells, sparing the rest of the body.

Adds Raymond, “Lumiphore has been a steady success story built around the applications of lanthanide and actinide chemistry. But after 16 years, I'd like to see my early investors get paid back. That's something I'll be working on in the next few years. Meanwhile, there is plenty more fundamental research to be done on lanthanide luminescence, and the DOE grant will help us accomplish that.”