Quantum dots are just as awesome as we'd hoped 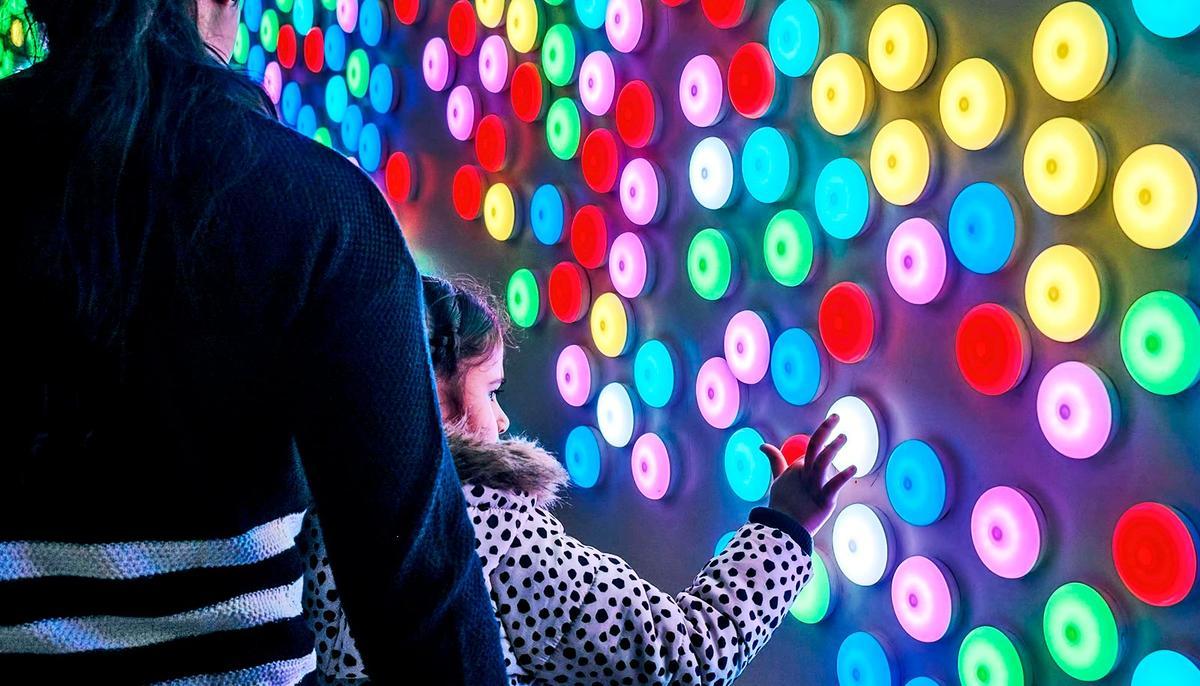 A new measurement technique may finally dissolve doubts about the quality of quantum dots.

Although quantum dots have begun to break into the consumer market—in the form of quantum dot TVs—long-standing uncertainties about their quality have hampered their adoption.

“Traditional semiconductors are single crystals, grown in vacuum under special conditions. These we can make in large numbers, in flask, in a lab and we’ve shown they are as good as the best single crystals,” says co-lead author David Hanifi, a graduate student in chemistry at Stanford University.

The researchers focused on how efficiently quantum dots reemit the light they absorb, one telltale measure of semiconductor quality. While previous attempts to figure out quantum dot efficiency hinted at high performance, this is the first measurement method to confidently show they could compete with single crystals.

The measurement technique could lead to the development of new technologies and materials that require knowing the efficiency of our semiconductors to a painstaking degree, says Paul Alivisatos, professor of nanoscience and nanotechnology at the University of California, Berkeley.

“These materials are so efficient that existing measurements were not capable of quantifying just how good they are. This is a giant leap forward,” says Alivisatos.

“It may someday enable applications that require materials with luminescence efficiency well above 99 percent, most of which haven’t been invented yet.”

Being able to forego the need for pricey fabrication equipment isn’t the only advantage of quantum dots. Even prior to this work, there were signs that quantum dots could approach or surpass the performance of some of the best crystals.

They are also highly customizable. Changing their size changes the wavelength of light they emit, a useful feature for color-based applications such as tagging biological samples, TVs, or computer monitors.

Techniques that measure the quality of other semiconductors previously suggested quantum dots emit over 99 percent of the light they absorb but that was not enough to answer questions about their potential for defects. To do this, the researchers needed a measurement technique better suited to precisely evaluating these particles.

“We want to measure emission efficiencies in the realm of 99.9 to 99.999 percent because, if semiconductors are able to reemit as light every photon they absorb, you can do really fun science and make devices that haven’t existed before,” says Hanifi.

The researchers’ technique involved checking for excess heat produced by energized quantum dots, rather than only assessing light emission because excess heat is a signature of inefficient emission. This technique, commonly used for other materials, had never been applied to measure quantum dots in this way and it was 100 times more precise than what others have used in the past. They found that groups of quantum dots reliably emitted about 99.6 percent of the light they absorbed (with a potential error of 0.2 percent in either direction), which is comparable to the best single-crystal emissions.

“It was surprising that a film with many potential defects is as good as the most perfect semiconductor you can make,” says co-senior author Alberto Salleo, professor of materials science and engineering.

Contrary to concerns, the results suggest that the quantum dots are strikingly defect-tolerant. The measurement technique is also the first to firmly resolve how different quantum dot structures compare to each other—quantum dots with precisely eight atomic layers of a special coating material emitted light the fastest, an indicator of superior quality. The shape of those dots should guide the design for new light-emitting materials, says Alivisatos.

A next step in this project is developing even more precise measurements. If the researchers can determine that these materials reach efficiencies at or above 99.999 percent, that opens up the possibility for technologies we’ve never seen before. These could include new glowing dyes to enhance our ability to look at biology at the atomic scale, luminescent cooling, and luminescent solar concentrators, which allow a relatively small set of solar cells to take in energy from a large area of solar radiation.

All this being said, the measurements they’ve already established are a milestone of their own, likely to encourage a more immediate boost in quantum dot research and applications.

“People working on these quantum dot materials have thought for more than a decade that dots could be as efficient as single crystal materials,” says Hanifi, “and now we finally have proof.”

The research appears in Science.